A recent survey by the ASPCA found that most law enforcement officers think dog fighting is a severe crime. However, fewer than a quarter agree their “department has the necessary resources and training to effectively investigate dog fighting cases in [their] community.”

"We’re seeing an increased interest and awareness of dog fighting on the part of law enforcement. This is likely due to a realization that dog fighters are often involved in other criminal activity and a greater awareness and concern from the public," said Tim Rickey, vice president of the ASPCA's Field Investigations and Response team.

Still, "the poll shows that agencies don’t have the resources to allocate, which is a real issue," he added.

Indeed, half of the 503 law enforcement officers who participated in the survey, conducted online March 3-15, said they'd encountered dog fighting at least once in their careers. But 52 percent said they'd had no training specific to dog fighting cases, and 40 percent said lack of resources can be a barrier to investigating dog fighting in their department.

Nearly half said they feel they "need more training on how to investigate animal cruelty in my community in general.”

The ASPCA and the Humane Society of the United States already offer anti-dog fighting toolkits and training to law enforcement, in addition to assisting with investigations.

In fact, Rickey tells The Huffington Post that in the last five years, the ASPCA has worked with law enforcement on 100 dog fighting cases and helped 2,186 dogs as a result. The group has also trained 2,678 law enforcement officers on how to investigate the cases and filed 463 criminal charges relating to dog fighting.

He'd like to see even more anti-dog fighting efforts: To coincide with the release of the survey, and just in time for National Dog Fighting Awareness Day on April 8, the ASPCA is asking the public to let the Department of Justice know they care about this issue.

The group is encouraging animal advocates to sign a letter calling for the DOJ to pursue more dog fighting cases. It's also asking people to use the hashtag #GetTough on social media to spread the word.

See the ASPCA's full report on the survey here.

Dog Fighting Is A Huge Problem, And Many Cops Agree We Need To Do More About It
2013 Dog Fighting Bust 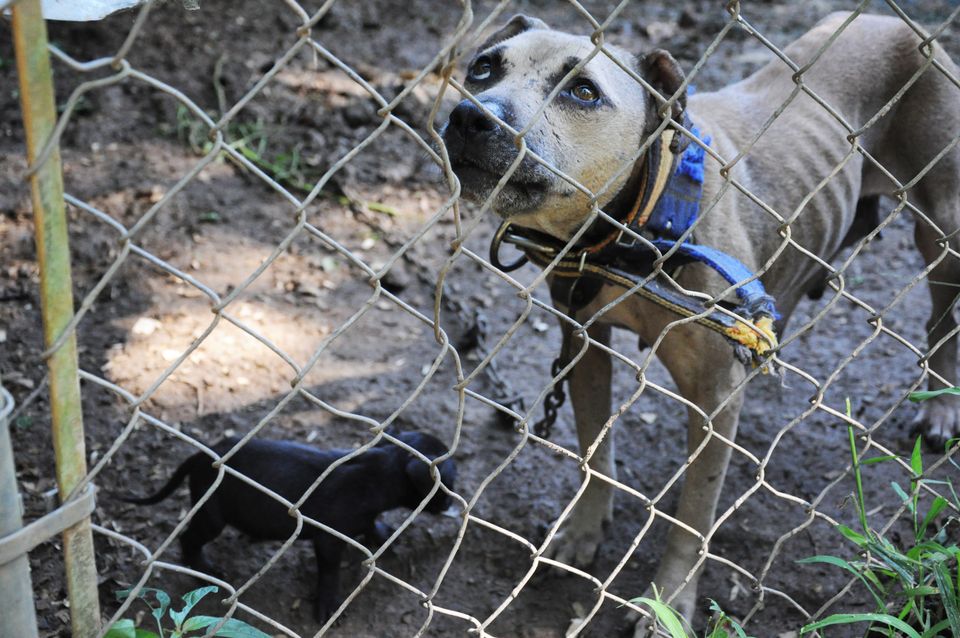 1 / 14
These photos are from a 2013 4-state dog fighting bust. It resulted in <a href="http://www.humanesociety.org/news/press_releases/2014/11/strong-sentences-handed-down-al-dogfighting-111214.html">the longest sentence handed down by a federal court for dog fighting</a>. The <a href="http://www.al.com/news/index.ssf/2015/01/2_million_restitution_in_dog_f.html">defendants were also ordered to pay $2 million in restitution</a>. Between U.S. District Judge Keith Watkins estimated that between 420 and 640 dogs had been injured or killed in these dog fighting operations.
ASPCA