Twenty-six pit bull terriers were rescued from a suspected dog fighting ring in Plant City, Fla., this week -- and it seems the pups could not be happier with their newfound freedom.

According to ABC Action News, the dogs -- at least some of which are believed to have been used for fighting -- were rescued on Monday afternoon after animal control officers received an anonymous tip as to their whereabouts.

"Some of them are severely injured," Pam Perry, a Hillsborough County Animal Services officer, told the station. "Clear cuts to their faces, forelimbs, head -- they are still bleeding."

In this photograph, Perry can be seen holding one of the rescued pit bull terriers in her arms after the pup was freed from heavy chains: 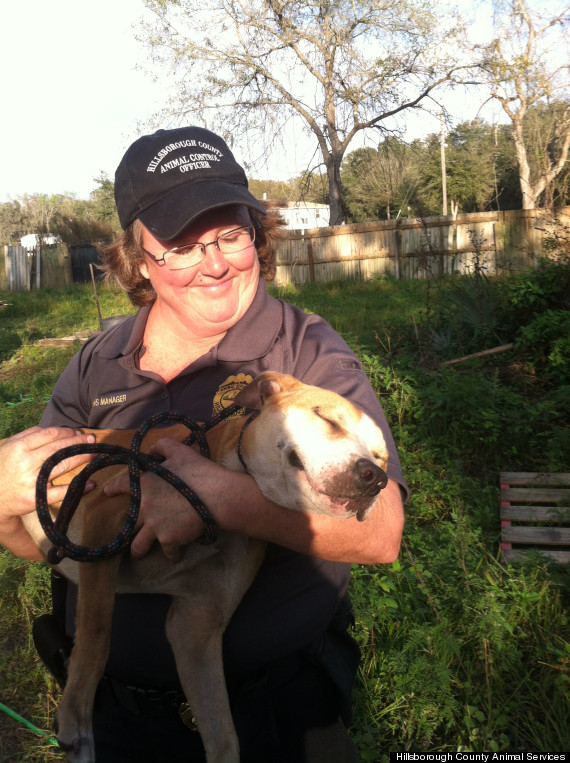 Reddit user, "FLMedic," who helped make the snap go viral on the Web this week after posting it on the social news site, pointed out that the dog "looks quite happy about it."

"The closest house was probably about 100 yards away but clearly somebody came forward with enough concern about what was going on behind the 6 foot privacy fence and we saved these animals' lives," Perry said, according to Bay News 9. All the dogs rescued are expected to survive.

While it is hoped that the rescued animals will be successfully rehabilitated and placed into loving homes, Reddit users have pointed out that pups raised in dog fighting environments can struggle to readjust.

"Many times they're put down, not because there are no homes for them, but because some of the dogs cannot be rehabilitated to become a pet. Some of the dogs just become trained fighters and are deemed too violent to be adopted," "pinai_colada" wrote.

In a 2009 Time magazine article on this topic, David Von Drehle explained that the "rehabilitation of even one fighting dog is a long and uncertain project."

First comes the medical care. Beyond their obvious wounds and infections, some of the dogs arrive with broken ribs and internal injuries -- from being kicked. After the physical exams comes a psychological evaluation. Experienced animal handlers gauge the dog's mental condition: How aggressive is it? How traumatized? How far gone? This screening is a final life-or-death ordeal for a dog, because a fighter that cannot be tamed must be euthanized.

The dogs that pass the initial checks must then be prepared for adoption, which can sometimes take a long time.

Still, many are hopeful that the Plant City pups will soon find their way to safer, happier homes.

For more of these rescued dogs, click through this slideshow of images taken by Hillsborough County's Department of Animal Services: 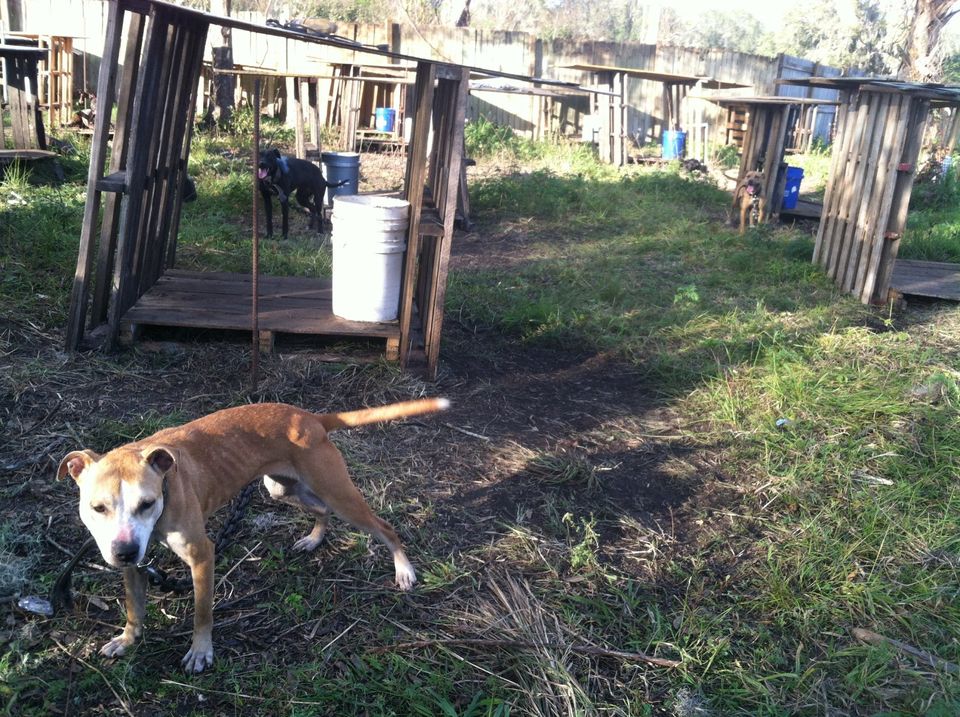