The details of how these 52 dogs came to be available for adoption are varied, inspiring and sometimes tragic.

Sophie, it's thought, was used as a breeding dog, later abandoned in an attic with a litter of pups. Caliber is one of 26 dogs rescued out of a dogfighting ring in Apopka, Florida.

Sweet Kit was found running about as a stray in Washington, D.C. And someone -- we can't imagine who would do this -- left precious little Columbo in a box at a gas station in Indiana. 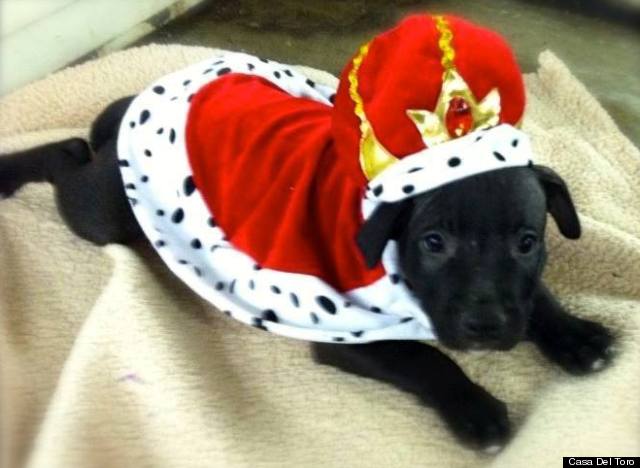 This is Columbo. He's up for adoption through Casa Del Toro Pit Bull Rescue.

Whatever sad and mysterious circumstances led to their availability, what we know for sure is that each of these doggies is now hoping you'll heed October as "National Adopt a Shelter Dog Month" to make one of them your own.

“Shelters have all types of dogs in need of new homes for a variety of reasons,” says Jessica Vaccaro, adoption manager at New York City's Animal Care & Control. “These dogs deserve a second chance, and the love they’ll give you when you open up your heart and home is immeasurable.”

These Amazing Pups Would Like To Remind You It's 'Adopt A Shelter Dog Month'
These Shelter Dogs Need Homes!