Soft, wavy, golden fur and the perfect size. It was an innocent visit to a breeder, just to see in person what Wheaten Terriers were like. But by the end of the day, Kristin Dean and her husband, Matt, were putting down a deposit on the clumsy puppy that had stolen their hearts.

The year was 2007, and Kristin and Matt had been married for only a year and a half when the couple decided to take the leap and get a dog together. And as it is for many couples, the first few months of parenting their puppy, Watson, were a shock to the system.

“As a young married couple with no other responsibilities, waking up in the middle of the night to let a crying dog out to go to the bathroom was awful,” Kristin remembers. Though in hindsight the experience was invaluable.

The Deans are among numerous young couples today that opt to co-parent an animal, not only as a step toward deepening their commitment, but also as a test of their ability to work together to nurture another living thing -- a child, most importantly. For one thing, suddenly waking up throughout the night for a baby doesn’t seem as drastic a transition when you’ve already done the same for a barking puppy.

Vanessa and Mike Daker, another young couple, also remember waking up every two to three hours per night to the cries of their puppy, Hemi, the month after bringing him home. They had just gotten married two months earlier. In the weeks that followed, they learned a lot about their relationship and the decisions they would have to make about parenting children. “It gave me patience,” Vanessa says. “[The dog] can’t talk and tell you what’s wrong, and it’s the same with a baby.”

A family dog can do more than prepare young couples for the responsibility of parenthood. According to a study conducted at the University at Buffalo, couples with pets tend to be happier with their relationship than those without companion animals such as dogs are. Out of 100 couples tested, 50 had pets and 50 did not. On average, those with cats or dogs had a lower starting baseline systolic blood pressure -- and it rose less in stressful situations and returned to normal faster -- compared to the couples without pets.

The Dakers agree that having a puppy improved their communication with one another, as well. They learned to coordinate schedules and ask each other for help when needed. “Mike would come home during lunch once school started and would check on the dog,” says Vanessa, who teaches Spanish in Chicago Public Schools. Both would rush home at the end of their respective work days to take care of Hemi.

They also learned a lot about sacrifice. “It’s not just me and her.” Mike says of him and Vanessa. “It’s me and her and we also have to think about [Hemi]; and the same goes with the baby.” 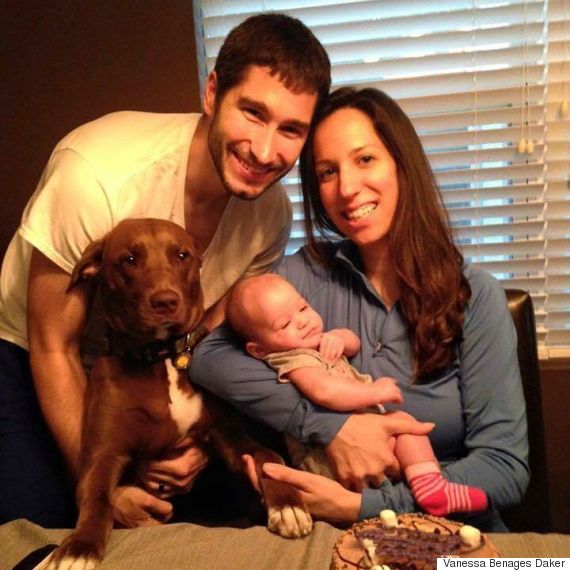 This year, Vanessa gave birth to the Dakers’ first child, Ariana. The couple had a good handle on the random wake-up calls; nevertheless, a baby brought several new dimensions to parenting. Gone were the afternoons when they could leave the house for a few hours, leaving Hemi alone. Baby Ariana needed 24/7 supervision, not to mention a lot more supplies to leave the house. “The first three or four months [of puppy parenting is] a lot like having a newborn,” Vanessa says. “It might be a little bit easier because you don’t have the diapers and the bottles.”

Both Vanessa and Mike would say that Hemi has enriched and completed their family in many ways. Throughout Vanessa’s pregnancy with Ariana, Hemi would remain close to her side and now does the same for the Dakers’ daughter.

“We’ve been very lucky; he’s been very good with her,” Vanessa says. “If she starts to cry and she’s in another room, he’s right there coming to get one of us.”

Taking care of Hemi also helped determine which responsibilities each of them would assume as parents of a human child. Since they were potty training Hemi over the summer and Vanessa was also the primary food source for their daughter, she took most night shifts. Mike took over when he came home from work. “Only difference is, I don’t pick up Hemi’s poop, but I do change Ariana’s diapers.” Vanessa leaves the backyard cleanup to Mike.

Kristin and Matt Dean also found that the sharing of responsibilities for their 3-year-old and 3-month-old children came a lot more naturally after they’d done the same for Watson -- now 8 and full-grown -- five years earlier.

It’s not just the couples that seem to benefit from having a trial run with a puppy. Children in families with pets may have an easier time with social interactions and tend to be more empathetic toward humans and other animals. Thousands of people have already watched how a dog belonging to a woman with Asperger’s has been trained to help her. 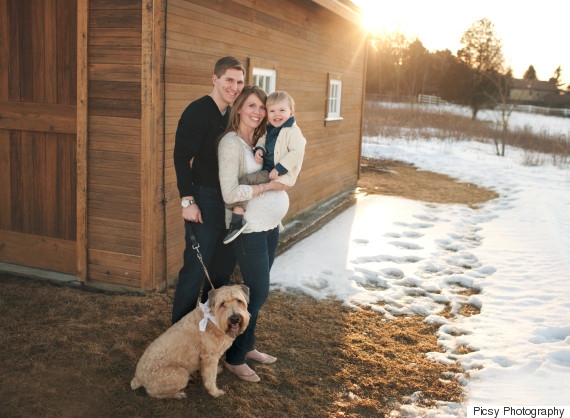 Kristin remembers a discussion with a co-worker, not long after Watson’s arrival, about the challenges of raising a dog. “I was describing how much I was struggling waking up in the middle of the night and how I could never have a baby! She told me, ‘Babies are much easier than dogs.’”

Kristin knows better now, being a mother of two. (“She lied -- right through her teeth,” Kristin laughs.) Dogs can provide a sturdy, perhaps even invaluable, parenting foundation for couples, but nothing can fully prepare you for the ride that is parenting children.

Life is infinitely easier with support and guidance. Now that you have the tools to embrace your future with confidence, let State Farm® help you to protect it.