Walking the dog may be a mundane, everyday activity for some people. But in certain neighborhoods, the daily strolls have become the latest strategy for crime prevention.

Chicago suburbs such as Morton Grove, Northbrook and Prospect Heights are among the most recent towns to get on board with Dog Walker Watch, a crime prevention program launched in April by the National Association of Town Watch. 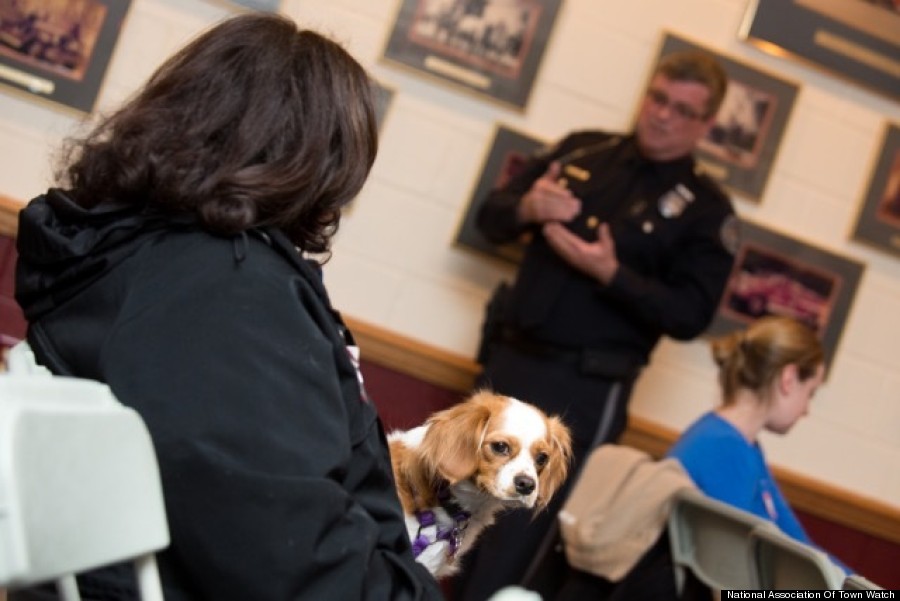 A Dog Walker Watch participant listens with her four-legged friend during a training session in Lower Merion Township, Pennsylvania, earlier this year.

“The idea behind it is that there are 75 million dog walkers in the country. The issues is, when they’re out walking, they’re texting, listening to music, checking email, talking on the phone," National Association of Town Watch Executive Director Matt Peskin told The Huffington Post. "But we see those people as extra eyes and ears for local law enforcement to report on crime."

Roughly 1,000 areas have registered as DWW communities, about 350 of them cities in all kinds of neighborhoods "all across the board," Peskin said. 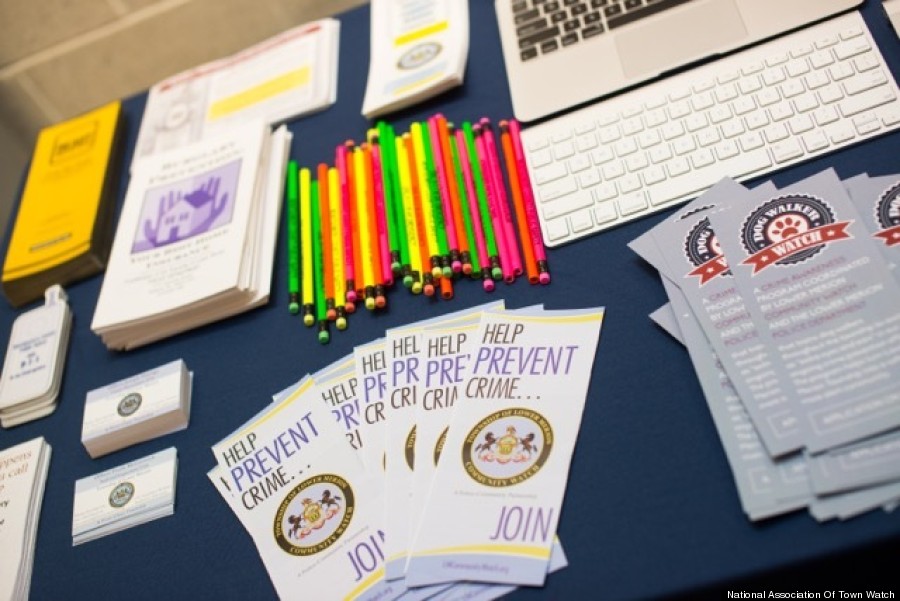 Peskin said people who walk their dogs are out at all hours and are familiar with their area -- qualities that make them the ideal people to spot suspicious activity.

So, how does the process begin? Registered community members work with a local police officer for a single, hour-long session in which they learn how to better observe and report potentially criminal activity in their neighborhoods.

"[Training] is geared toward things like residential burglary," Peskin said. "What criminal will do nowadays is case the home: Go in a back window or a gate … that kind of person is very difficult to spot if you’re not familiar with what goes on in your neighborhood." 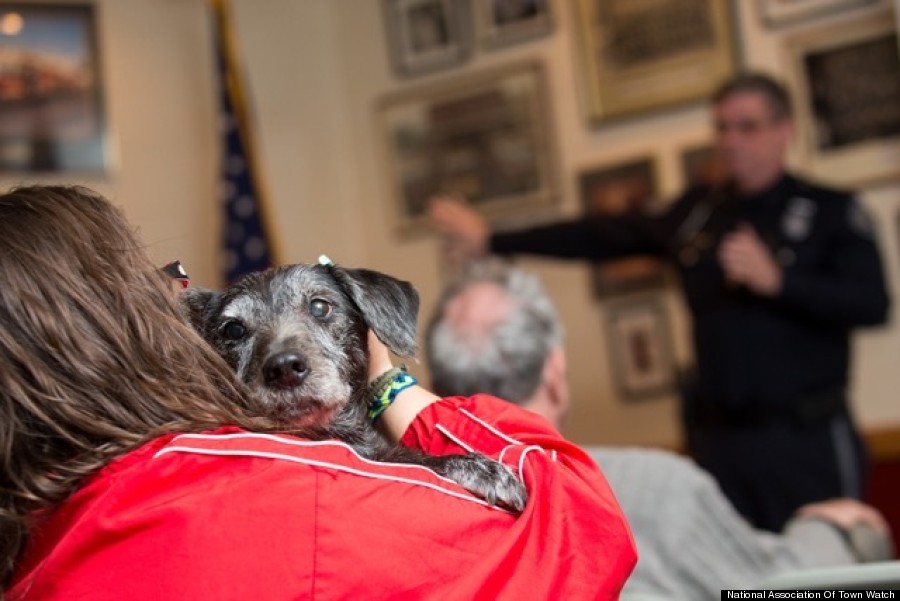 A Dog Walker Watch participant listens with her four-legged friend during a training session in Lower Merion Township, Pennsylvania, earlier this year.

The instructions are typical of neighborhood watch training -- take note if someone doesn't appear to have a destination or if gates and doors that are usually closed are left open -- though Peskin notes DWW "definitely tells people not to get physically involved" if they see a suspicious person.

"We’re very sensitive to that with all the George Zimmerman stuff,” Peskin said in reference to the shooting death of unarmed Florida teen Trayvon Martin by the local neighborhood watch coordinator.

The program targets dog walkers who are routinely out in the neighborhood anyway, though Peskin notes participants don't need to have dogs to participate -- they can simply be residents who enjoy walking the neighborhood. 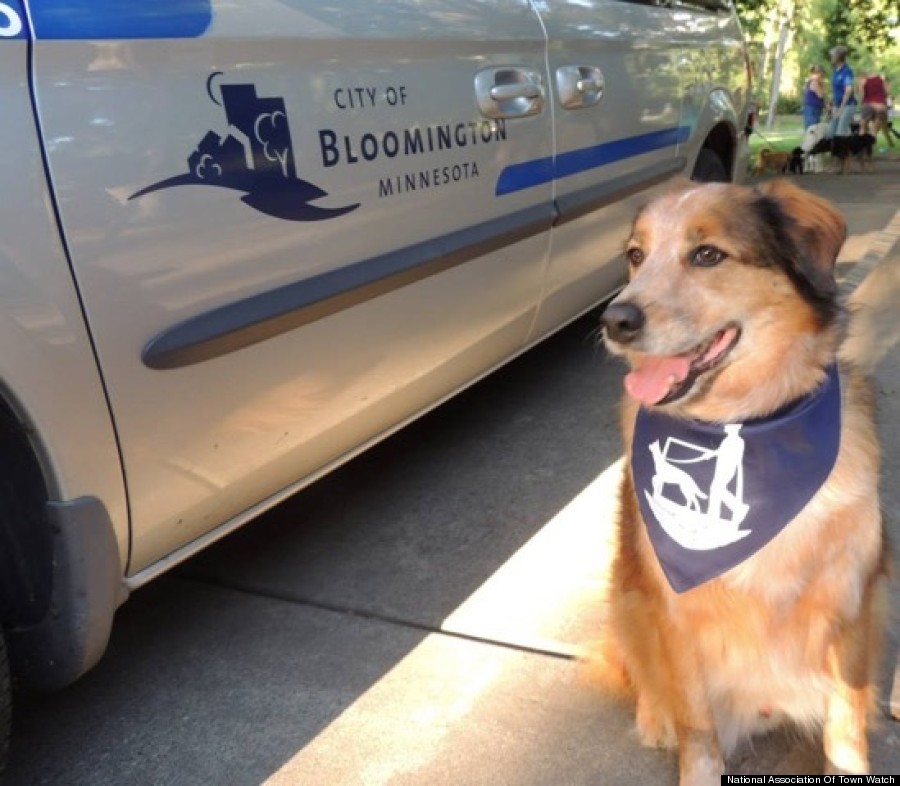 A Dog Watcher Walk participant in Bloomington, Minnesota, is ready for patrol.

Adam Tabor, an officer in Morton Grove, Illinois, where a DWW recently started up, told the Chicago Tribune he hopes the program does more than deter crime; he hopes it builds "a bridge between the police department and residents."

Peskin said while it's too early to measure the effect of the program, participants so far "love it." DWW has made crime prevention more social, he said, which has led to greater buy-in.

“My daughter lives in Philly and I've seen the neighborhoods have more scheduled actives [since DWW] — a dog costume parade for example," Peskin explained. "It’s a new generation of people that are becoming homeowners or renters and they care about where they live. I think we went through a long period of time where people didn’t care. Then we had things like 9/11 and different types of disasters, and people thought 'If we want to make this better, we have to do this.'"