A dog was injured by a car in southeast D.C. Wednesday. His canine friend was uninjured but refused to leave his best friend's side, staring at oncoming traffic and never wandering more than a few feet from his injured companion. 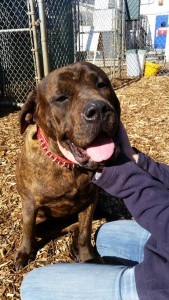 The two dogs were found when a driver called the traffic center to report that the traffic on the road was due to the dogs' presence. The traffic reporter made a call, and a work truck was placed to block traffic until the Humane Society could arrive.

After the two were picked up, the injured dog was screened by vets. A back leg was injured, but the injury was not life-threatening.

The two will be continued to be monitored by vets, and they have yet to be claimed by their owner. They were both found with no collars and no microchips. After the allotted time for their owners to claim them, they will both be up for adoption.

Stories like these remind us how brave and loyal animals can be, not only to us but to any of their friends. These two truly deserve a loving home together that will provide them with collars and microchips and never place them in danger of being struck by a car again.