An elderly dog found hiding in the woods was so frightened that she bit one of the people trying to rescue her, but a few weeks of care brought out her sweet and loving nature.

Hope for Paws, a Los Angeles-based animal rescue group, got a tip from a man who spotted a canine -- who would later be named Dorothy -- sleeping in the patch of bushes. Rescue workers were able to slip a snare around Dorothy’s leg while she was asleep, but she didn't take kindly to waking up and finding that a group of strange humans had trapped her. (Who would?)

Dorothy was so afraid that she bit rescue worker Lisa Arturo on the arm, and appeared overwhelmed with panic as the team tried to bring her to safety, ultimately collapsing and lying down in a patch of grass.

But after a few weeks spent with trainer Masumi Hara, Dorothy is a new dog. “Now that she feels safe, Dorothy is so sweet and loving,” Hope for Paws writes in the video. She’s now in the care of Frosted Faces Foundation, a San Diego nonprofit devoted to senior dogs.

To adopt Dorothy or learn about other older dogs who need homes, get in touch with the Frosted Faces Foundation. Your local shelter is also likely full of great pups looking for families. 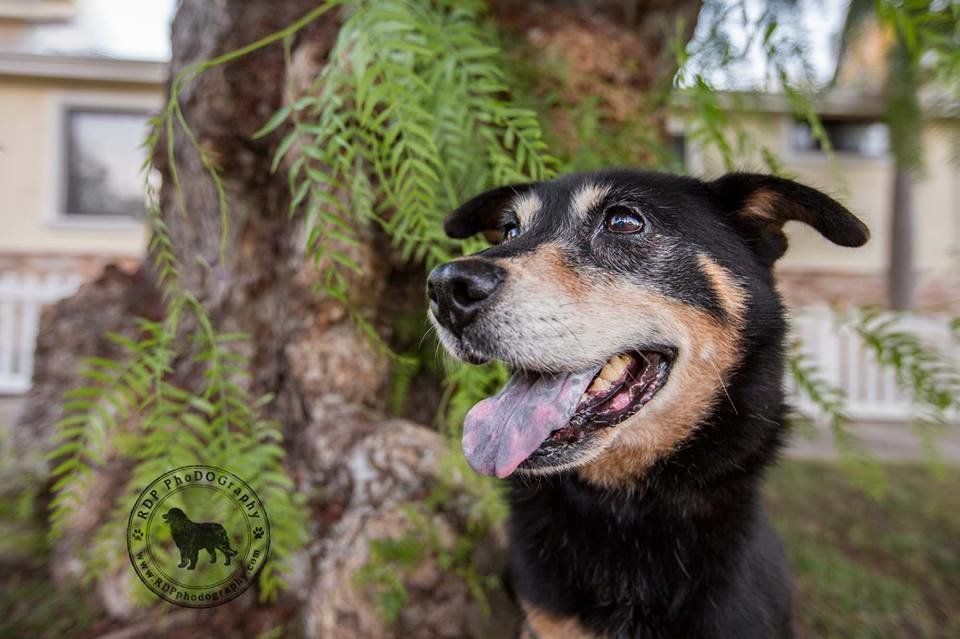