A woman in Oklahoma City has resorted to dog-shaming after she caught her pet sneaking out at night to beg for hamburgers at a nearby McDonald’s.

“If you see my dog @ the McDonald’s on shields, quit feeding her fat ass bc she don’t know how to act & be leaving the house all the time to go walking to McDonald’s at night. She’s not even a stray dog. She’s just a gold diggin ass bitch that be acting like she’s a stray so people will feel bad for her & feed her burgers.”

Reyes caught the dog in the act when she drove to McDonald’s and photographed and filmed her taking food from drive-thru customers.

The dog approached Reyes’ car, but when she saw her owner was behind the wheel, she moved on to another car in search of food.

Animal behaviorist Corey Cohen laughed when he heard about the panhandling pooch. “It shows that dogs are far more intelligent and their behavior is more complex than simple ‘stimulus/response,’” said Cohen, who is based in northeastern Pennsylvania. “That’s why we need to treat them as friends and not machines.”

PHOTO GALLERY
11 Puppies You Need More Than A Relationship 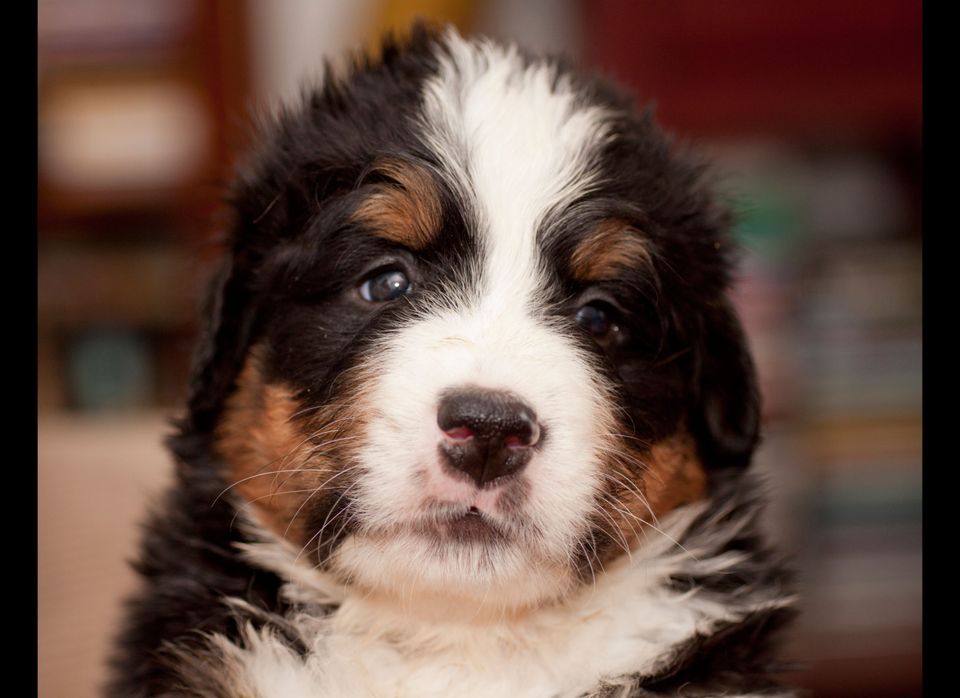 1 / 18
Bernese Mountain Dog (The Lover)
The Bernese Mountain Dog, a larger breed of dog, is known for its fierce loyalty and watchdog tendencies. This puppy is devoted to you no matter what and will adore you regardless of your mood. Unlike a man, the Bernese will not roll over when you hear something in the middle of the night and would rather not investigate yourself. This little guy will already be at the scene, ready to tear whoever or whatever is making that creaking noise to shreds. Although these puppies can be a bit shy (don't expect him to let you in immediately) and they can gain weight rather easily (hey, more to love), they are gentle giants ready to give and receive love.
Alamy