Kai the dog, who was found abandoned at a train station with a suitcase of his belongings, probably won't be homeless for long.

The shar-pei mix, thought to be between 2 and 3 years old, was discovered tied to a railing outside the station in Ayr, Scotland, on Jan. 2. A previous owner sold the dog via a classified ads site in 2013, but it is unclear who left Kai at the station last week.

The little wheelie suitcase next to him contained "a pillow, toy, food bowl and food," according to a news release put out by the Scottish Society for Prevention of Cruelty to Animals, which has taken up Kai's case. The organization, which also said that Kai has a "nice nature," has already received a flood of interest about the adoptable dog.

"We've been inundated with rehoming enquiries," Emma Smith, a spokesperson for the Scottish Society for Prevention of Cruelty to Animals, told The Huffington Post on Wednesday. 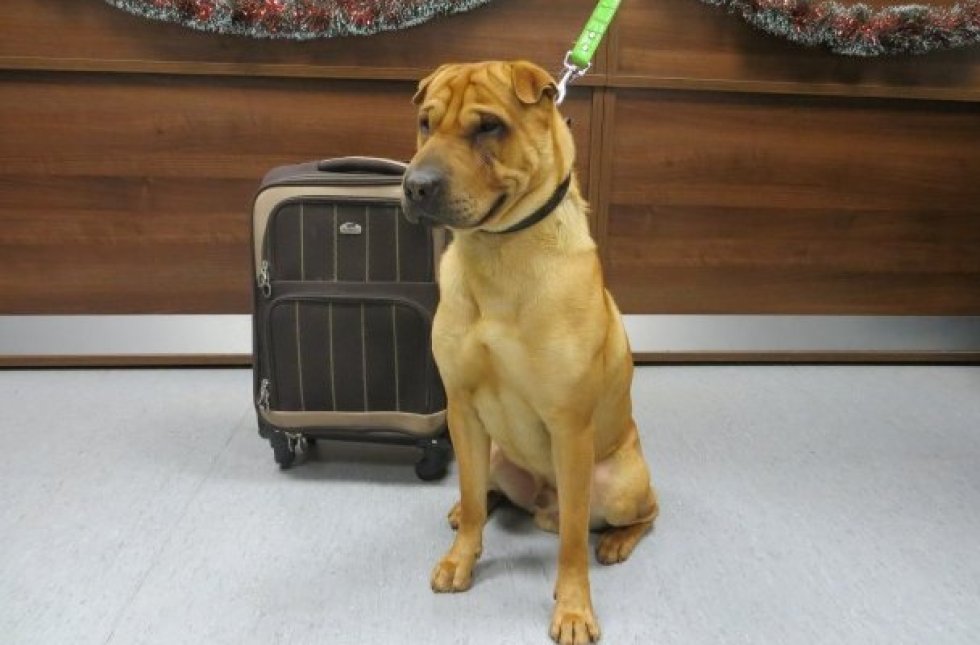 Abandoning an animal violates Scottish law, and the Scottish SPCA may seek to have the person who dumped Kai banned from owning other pets -- if that person can be found.

A microchip helped the organization identify Kai and track down one of his previous owners. But that person told investigators they'd sold Kai in 2013 on the website Gumtree, the U.K.'s version of Craigslist.

"Unfortunately they could not tell us the address of the person who bought him," Inspector Stewart Taylor said in the news release. "Regardless of the fact Kai was left with his belongings, this was still a cruel incident and we are keen to identify the person responsible."

In the meantime, Kai needs an operation for inverted eyelids, a condition common to shar-peis. So it will be another three or four weeks before he is able to go to a new home, where he can unpack that suitcase for good.

"He’s at our rescue and rehoming center in Glasgow and is fine," said Smith, "though probably wondering what all the fuss is about!" 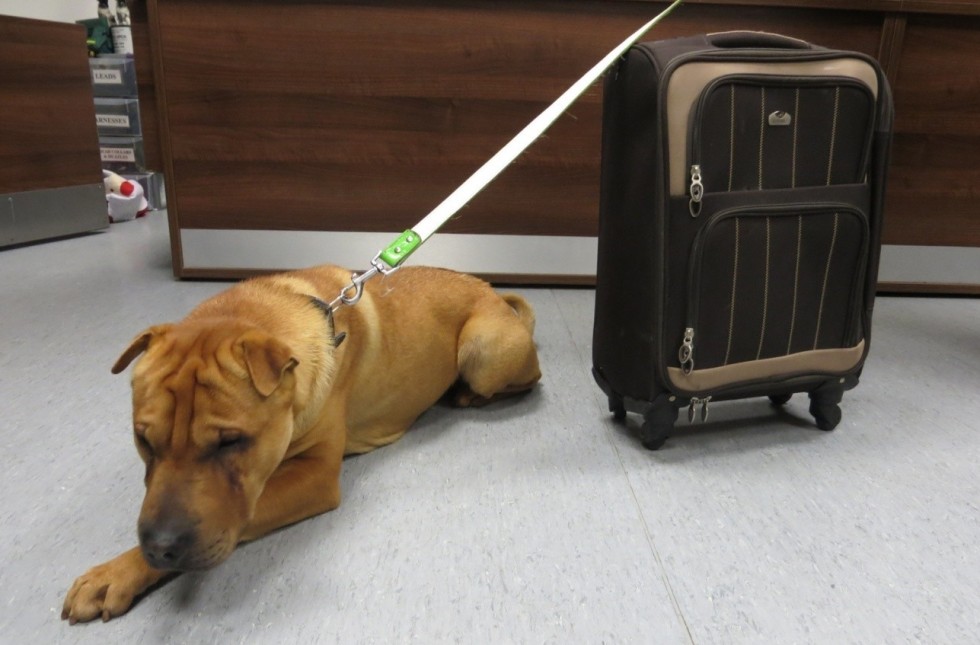 Anyone with information about Kai can get in touch with the Scottish SPCA on the group's Facebook page. Those who want to donate toward the cost of Kai's operation can do so here. And get in touch at arin.greenwood@huffingtonpost.com if you have an animal story to share!