It's hard to think of this little terrier as lucky, until you know how things might have turned out for him.

Henry was rescued out of a Jacksonville, Texas, animal shelter, where he'd been taken in as a stray. Animal control brought the dog to the designated location after he was hit by a truck. Cindy Nash, founder of Nicholas Pet Haven, came for him on a Thursday in mid-January after seeing his photo on the department's Facebook page.

Convinced the pup belonged to someone, Nash figured she'd get Henry groomed then go on the hunt for his owner. She knew his legs were hurt, but she didn't know the extent of his injuries.

Veterinarian Dr. Gary Spence later confirmed the dog's back was broken. He gave Henry pain medication and steroids, then sent him to Texas A&M for surgery and further treatment, which, fortunately, seems to be working.

He told KLTV it was "obvious no care was given to" Henry at the shelter. The pup was allegedly left for a week in a urine- and feces-filled cage with an untreated broken back.

But Henry's fate could've been worse. 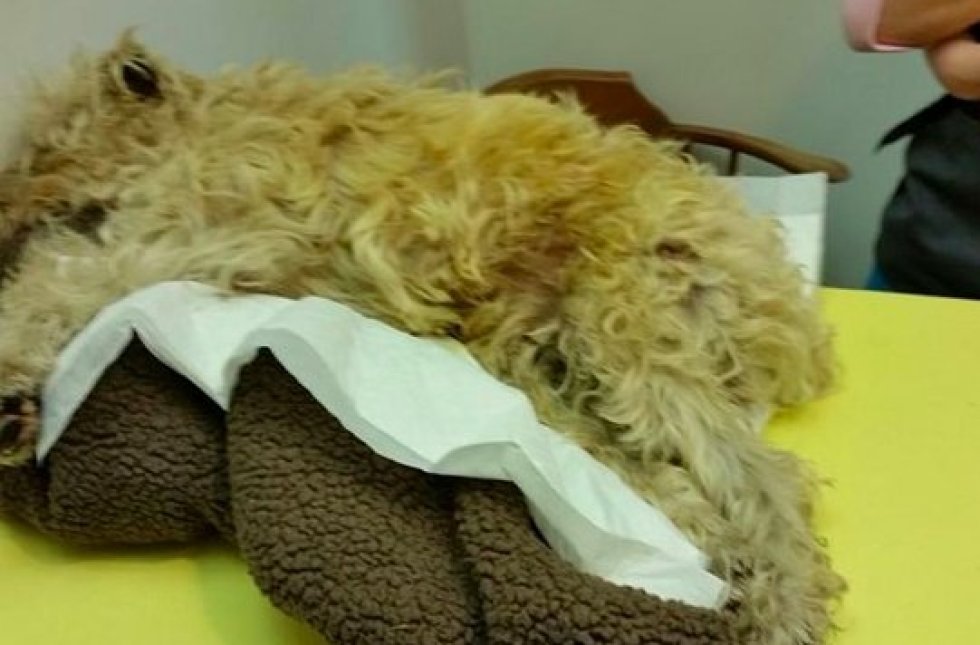 Henry after his rescue, before his surgery. Photo credit: Nicholas Pet Haven

Henry was saved just before the director of the Klein Animal Shelter was arrested and charged with animal cruelty. Spence, who examined the shelter after the arrest, found two freezers full of recently euthanized animals.

"It was really shocking," he told NBC affiliate KETK. "These animals hadn't even begun to freeze. There are so many in there that it's probably going to take a week for those animals to freeze."

An investigation into allegations against the shelter is currently underway. The good news is there's hope that the remaining animals will go on to live better lives.

On Friday, Spence told HuffPost that Henry was looking "bright-eyed and bushy-tailed." In fact, the vet -- whose clinic has a cat and duck duo that hangs around the lobby -- said there's a possibility Henry may even walk again.

"You've got to wait and see, and give mother nature the benefit of the doubt," he says.

Nash is also feeling optimistic. A foster family has been lined up for Henry upon his release from the hospital.

Once he's fully recovered, this special dog will be looking for a home for good. Nash says any future owner should have a wheelchair ramp, in case Henry needs help moving around, and be ready to give him everything he needs.

"It will take someone with a lot of dedication to take care of him," she said. "We're going to be looking for the perfect person."

Henry The Dog Was Allegedly Left For 7 Days In A Cage With A Broken Back. Here's His Second Chance.
These Pets Are Looking For Homes!