Harbor, a black and tan coonhound, has earned recognition from Guinness World Records as the living dog with the world's longest ears.

Harbor's enormous ears have earned him plenty of fans, according to his owner Jennifer Wert, of Boulder, Colo.

But they can also be a burden. When the purebred was a pup, he used to trip over them and tumble down the stairs, a Guinness press release notes.

Today, passersby often take pictures of Harbor's droopy ears or give them a friendly tug when he's out for a walk.

"Most days I forget how oddly long his ears are," said Wert. "He's a phenomenon in the world and he creates smiles wherever we go."

Odd as it might sound, Harbor's huge ears don't necessarily improve his hearing -- instead they boost his sense of smell. When a black and tan coonhound moves, its swinging ears push scents towards its nostrils, helping it detect and follow prey.

With his inclusion in the 2012 Guinness Book of World Records, Harbor joins a long list of dogs with very long ears.

A basset hound named Mr. Jeffries set a world record in 2002 with ears measuring about 11.5 inches, according to the BBC.

The following year, Tigger, a bloodhound from Illinois, set a world record that still stands today, with ears measuring 13.5 inches on the left and 13.75 inches on the right -- 1.25 and .25 inches longer than Harbor's droopy ears, respectively.

Tigger, who won many dog show titles and awards, passed away in 2009, according to the Guinness website. 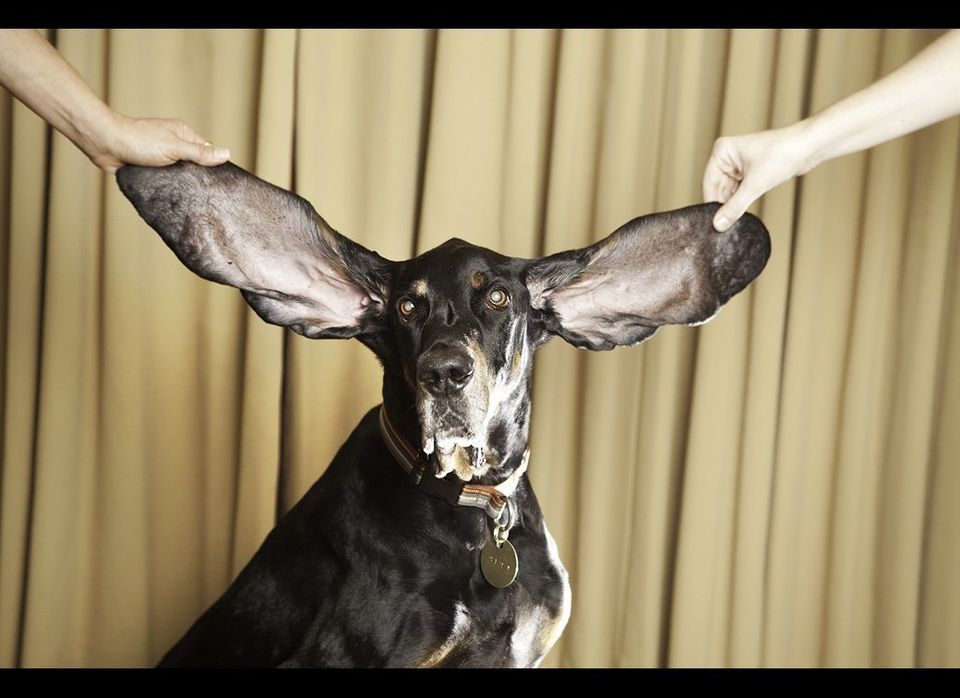