Sixty years ago this month Syd Nathan's King Records released a two sided instrumental record by Bill Doggett. Nathan was leery of releasing a two-sided disc as he considered it would hurt juke box plays. Oh boy, was he wrong! 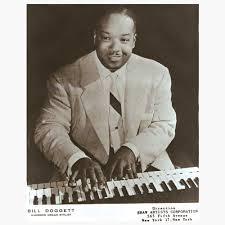 'Honky Tonk Parts 1 & 2' not only became one of the biggest hits of 1956, it went on to sell by the million, and according to Big Al Pavlow's 'The R & B Book' - the definitive story of the R & B music business - it became the second biggest R & B record of the decade.

The tune, released in February of 1956, rose to number one on the R & B charts, and stayed there for two months. It hit number two on the pop charts, sold over four million copies - probably many more by now - and became one of the most covered tunes of the era, spawning several dozen versions by artists as varied as The Beach Boys to Bill Haley, from Bill Black to Ray Anthony, the Ventures to Jerry McCain. The Doggett version, recorded on the fly in supposedly one take, outstrips them all in sheer verve, feeling and groove.

I really can't recall when it was that I first became aware of Bill Doggett while growing up in the UK. Probably at a party, or lying under the bed clothes at night listening to Radio Luxemburg, trying to hear past the static, mad beeps and yowls of my old Phillips tube radio. His King records were issued on Parlophone over there, a very old label that was part of the EMI empire. Most people today probably remember it as the Beatles label. I do recall the first Doggett tune that I personally owned. It was 'High Heels' and was track three on side two of a marvelous King Records compilation 'All Star Rock and Roll Revue' (King LP 395-513). This was the first American pressed LP I ever owned. Around 1959 or 1960 a friend and I would regularly cycle the twelve miles from our hometown of Winchester to Southampton, a busy port on the southern coast. Our destination would be the St Mary's district, which is where all the junk stores were located. There were all manner of delights to be savored there amongst the mothballed piles of clothes, dusty crockery, busted toasters and old bicycles. Records! 78s, 45s and LPs. And every now and then an American one! We surmised that homecoming sailors plying the Atlantic route between Southampton and New York brought these records back, and then in the proper sailor tradition, sold them for booze money. So that is where I found the LP - other great cuts on it were things by Lucky Millinder with Wynonie Harris, The Midnighters, Earl Bostic, Little Willie John, The Swallows and others. 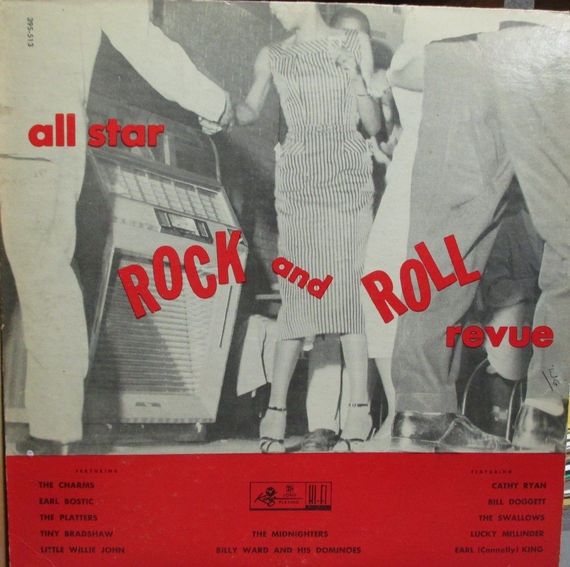 As Jon Hartley Fox tells the story in 'King of the Queen City - The Story of King Records', 'Honky Tonk' came about on a gig, when in between tunes guitarist Billy Butler played a figure that the rest of the band fell in behind. In another story, Shep Shepherd told Rusty Zinn that Doggett was late for the recording session and the the band basically worked it up until he got there. Whichever tale is the true one, all four had their names on the tune as co-composers, and as Shepherd related to Rusty: 'I'm still living in the house that 'Honky Tonk' bought'.

A medium rocking shuffle propelled by Doggett's insistently pulsing organ and drummer Shep Shepherd's in the pocket beat, the tune became a showcase for Butler's gently stinging guitar and Clifford Scott's iconic tenor playing. On the record the players can be heard shouting encouragement as the excitement builds. Interestingly, in the very democratic musical milieu of the times, Doggett doesn't take a solo. Solo wise, the record is split between Butler and Scott, but the result was a hundred percent team effort. If one had to choose just one recording that truly characterized the term 'Rhythm and Blues' it would be this record. It is simply a blues record with impeccable rhythm. Try NOT dancing to it.

Bill Doggett, born in February 16th, 1916 - all of one hundred years ago - went professional in the thirties, working for Lucky Millinder, and then The Ink Spots as pianist and arranger. In 1947 he joined Louis Jordan's Tympany Five, replacing Wild Bill Davis, who had left to pursue the organ. Doggett left some three years later, to study organ. Inspired by, yes you guessed it, Wild Bill Davis.

One of the oft-repeated saws about the rise of Rock N Roll and R & B in the fifties was that it brought back dancing. Quite honestly, I rather doubt that dancing ever really went away on the chitilin' ciircuit, but it is true that it underwent a rennaisance in middle America during the Rock N Roll era. A rather unknown, or forgotten fact of those times is that on the R & B side of things, much of the instrumentation was provided by veterans of the swing bands. Bands like Jimmie Lunceford, Erskine Hawkins, Lucky Millinder and Lionel Hampton were the schooling grounds for musicians like Sammy Lowe, Heywood Henry, Al Sears, Leroy Kirkland, Panama Francis, Seldon Powell, John Greer, Sam Taylor - the list really is endless. These were the guys who defined the sound of early Rock N Roll. They were the guys on countless sessions for King Records, Savoy Records, and myriad other labels, providing accompaniment for doo-woppers, balladeers and blues shouters alike. And on the bandstand they formed the backbone of Alan Freed's 18 piece Rock N Roll Band.

Instrumentals were a staple of the fifties.Usually led by tenor saxophone, musicians like Earl Bostic, Tab Smith, Jimmy Forrest straddled the jazz and R & B fields, while more raucous players like Red Prysock, Sil Austin, Big Jay McNeely and Joe Houston aimed more directly at the R & B and Rock N Roll markets. In some ways these musicians were the last link to the swing era in that they peddled musicianship, chops and the all important ingredient - an excitement that swung as much as it rocked. Sure, most of the band's had vocalists, but the dancing fervor was generated by the musicians.

They were not teenage rebels, but rather seasoned musicians who knew the value of a well constructed solo, knew how to riff in unison, understood the value of dynamics. Knew how to fill a dance floor, keep the dancers there all night and how to drive them wild with the white heat of that rocking beat. It was their job. Great work if you can get it.