First there were doggy daycares and DNA testing kits. Now you can test your pup's intelligence.

A North Carolina-based company recently launched an IQ test for dogs called Dognition. For $60 per pooch, customers get access to a long, online questionnaire and a series of exercises to complete with Fido to measure his cognitive abilities, like how well he comprehends gestures or learns new words. After completing the interactive tests, which take around 80 minutes start to finish, the results classify Fido into one of eight kinds of intelligence. The test doesn't rank dogs the same way human IQ test scores might, but instead points to a dog's particular smarts -- maybe his high aptitude for vocabulary or special ability to navigate through space.

Skeptics might balk at paying 60 bucks to find out just how smart -- or dumb -- a dog is, and some may see it as the latest gimmick to get pet owners to part with their money. Americans already spend more than $55 billion each year on their animal companions, according to the American Pet Products Association.

But it turns out the latest addition to the massive pet-services industry is also contributing to dog science. The purchase of a test serves to underwrite a large-scale field experiment with thousands of animals conducted by Dognition's creator, Brian Hare, a professor of evolutionary anthropology at Duke University and founder of the Duke Canine Cognition Center.

Most current information about which dogs are the most intelligent (poodles traditionally tend to get high marks) is actually based on anecdotal evidence, rather than hard science. Hare aims to change that, and to show the unique smarts of each breed with empirical data.

All Dognition results also go into a vast database analyzed by Hare, who says his ultimate goal is to determine scientific differences among breeds or even regional differences among dogs. He compares the citizen-science venture to the Audubon Society's Christmas Bird Count, when thousands of people collect information about local birds.

Hare won't reveal how many dogs have undergone Dognition so far -- or how much money the company has made -- except to say that thousands took the test when it was still in its beta mode.

Starting this spring, Dognition test-takers will be able to parse the data themselves -- to compare, for example, the intelligence of dachshunds and terriers, or the difference between East Coast and West Coast mutts. They'll also be able to learn a thing or two about themselves.

Beyond measuring doggy gray matter, Dognition is just as much about training humans to read their animals’ cues, Hare says. The tests help humans understand, for example, that a dog yawns as a sign of empathy, to show that he or she is tuned into what a human is doing and feeling.

“You are learning about yourself and the dog," said Hare, who also recently published a book, The Genius of Dogs, co-written with his wife, Vanessa Woods. Hare says the test can help people and dogs coexist even better.

“The goal of our discoveries through Dognition is not to make them into little people," he explained, "it’s to understand them for being what they are: dogs."

Check out one of Dognition's tests below:

Dognition Sells IQ Tests To Measure The Genius Of Your Hound
Keep It Cool, Dog 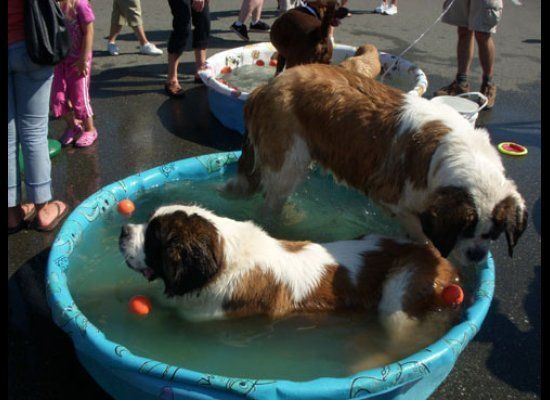