A few years ago, I flew from Toronto to Ohio to pick up a dog I'd adopted after falling in love with him on Petfinder. My Bonzi Billy Beagle was at the Columbus City Center mall, where Beagles'R'Us was holding an adoption event with the help of eager high school volunteers. After I introduced myself and met my whirling dervish of a little dog, two of those students regaled me with questions.

"You're from Toronto? Do you know the cast members of DeGrassi: the Next Generation?" I hung my head. "You don't? Not even one?" They were crushed. Their shared dream, they told me, was to graduate from high school and join the DeGrassi crew or cast, and live happily ever after.

If only I'd known then that years later, I would be able to tell them: "Yes! I know a DeGrassi actor, and it was our dogs who introduced us. Her name is Imali Perera, and she has the distinction of playing two characters: the massage therapist Svetlana, and the nurse, Mariel." 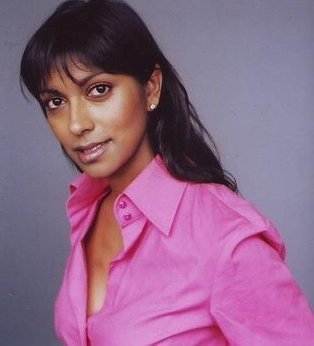 I met Imali years in the dog park where she was tossing Frisbees to Quincey, her sleek Doberman Pinscher. Quincey was one lucky dog! Imali was such a dedicated dog mom that she never walked her less than three times a day, two of those times for an hour or more. Quincey accompanied Imali everywhere, and knew her commands: sit, stay and come.

As a child, Imali had acquired a life-sized toy Doberman on a family road trip to California. She dragged "Dobie" everywhere with her, and vowed that when she grew up, she would adopt a real Doberman. That happened in 1993, when she was a third-year opera student in Montreal. On a visit to her hometown of Calgary, Imali convinced a Doberman breeder that she would be the best kind of caretaker for the female puppy named she named Quincey.

Together they flew back to Montreal and every day, Imali and her growing puppy played Frisbee or chased snowballs in a nearby parking lot and then explored a monastery garden that brought rural tranquility to the city. On the streets of Montreal, Quincey also learned the street smarts she never forgot: Sidewalk Good, Road Bad. 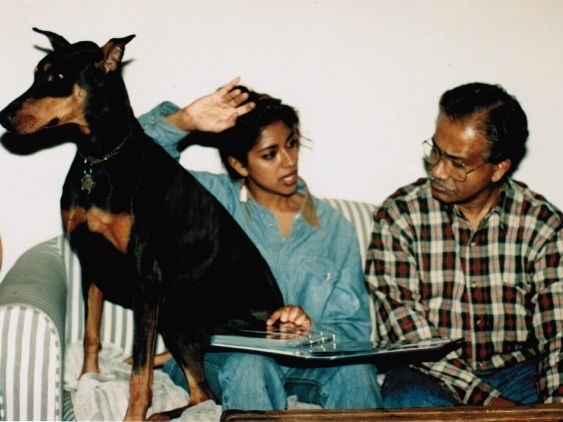 I met them years later, when Imali was an emerging stage, film and television actor and Quincey was a mature, sweet-natured and muscular dog who bounced alongside my dogs, none of whom could keep up with her. Imali and I talked Dog Dog Dog, with occasional digressions into my current book project and her career path, which at that time did not include DeGrassi.

Then Imali moved away and I never saw Quincey again. She died, I learned years later, of a congenital heart disease common in Dobermans and since then, Imali has never again had a dog. "I really wanted to be a good parent to her," she says. "I would never want to give a dog less than I gave Quincey."

Professional success comes at a cost, and Imali no longer has a dog to greet her at the end of an exhausting day's filming. There is too much work, too many long hours, too much traveling.

The gig that most fascinated me, of course, was DeGrassi: The Next Generation. "Oh, do I have stories for you!" Imali chuckled. If only I could let those girls in Ohio know! I can only hope that, if they are still obsessed with DeGrassi, this blog will come their way.

Here's a story about Imali's onscreen adventure with Drake, now a famous rapper but then just Little Jimmy Brooks on DeGrassi, a basketball star transformed into a paraplegic during a school shooting that mimics the real-life massacre in Montreal's Dawson College. Trina, his girlfriend, is also paralyzed from a rock-climbing fall.

In the episode where Imali plays the massage therapist Svetlana, Jimmy consults a doctor about his inability to achieve an erection when he wants to make love to Trina. Penis erectile dysfunction is common with paralysis, the doctor reassures Jimmy, and recommends massage therapy for relaxation.

Enter Svetlana, who massages Jimmy so effectively that soon the sheet he is lying under swells up - thanks, Imali laughingly recalls, to a piece of foam held in place with gaffer tape. Jimmy is mortified and, as Svetlana pretends not to notice, attempts to hide his erection. Afterward, he returns to the doctor. "Svetlana gave me a woody even though I'm not even attracted to her," he complained. But as the doctor anticipated, the incident liberates Jimmy's libido, and he and Trina go on to enjoy sex together.

When she first read the script, Imali had anticipated a lot of laughter on set. That didn't happen. Instead, the scene was played matter-of-factly, without a single titter. 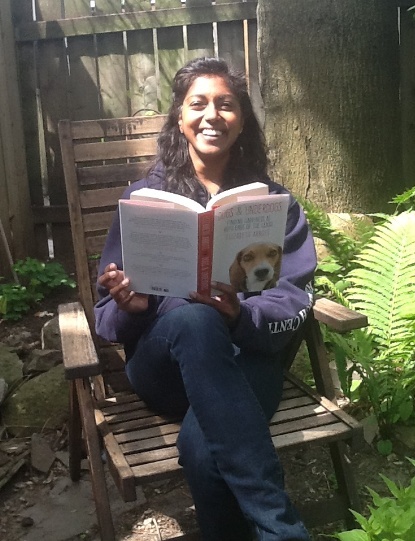 But now she's reading another narrative - my book, Dogs and Underdogs: Finding Happiness at Both Ends of the Leash - and whenever she encounters a canine character she and Quincey used to know back in our dog park days, long before I ever dreamed that I'd meet a cast member of DeGrassi, Imali Perera laughs out loud!