With a so-called bomb cyclone bearing down on the eastern part of the U.S. on Thursday, many people woke up to the realization that there is a lot of snow where there wasn’t any the night before. But dogs, well, they just really like snow, and they don’t have to shovel it, so sucks to be you, human.

Check out photos and videos of some crazy dogs enjoying the winter weather below.

Everyone else on the east coast: #snow emergency! My dog: what #bombcyclone? pic.twitter.com/R2DHVSQ1UM

My dog Nessa enjoying the snow as always #snowday pic.twitter.com/Q1ep21tUpe

When your dog wants to go out every five minutes to play in the snow. #snowday #dogsandsnow #13StormMode #13NewsNow pic.twitter.com/DpKN9Gjq7A 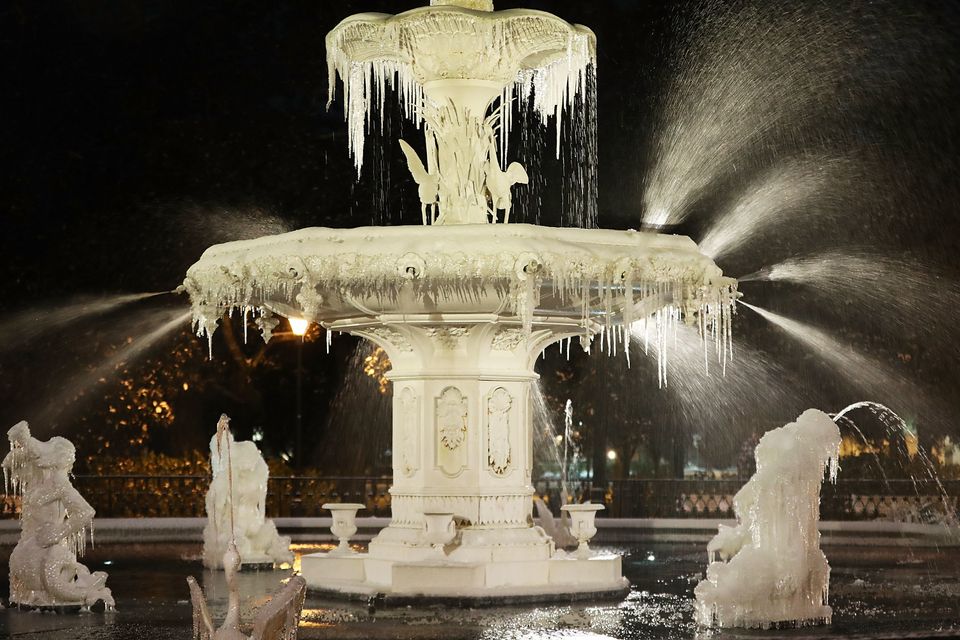 1 / 24
Ice forms on the water fountain in Forsyth Park as snow and cold weather blanket the area on January 4, 2018 in Savannah, Georgia.&nbsp;
Joe Raedle via Getty Images