A canine rescue center in California has taken in three dogs with broken jaws since October, an alarming rate of abuse that has staff scrounging to pay for the dogs' vet costs.

Marley's Mutts Dog Rescue in Kern County, located about 100 miles north of Los Angeles, reached out to The Huffington Post to share the sad but inspiring stories of three dogs with life-threatening injuries.

Employee Amy Klein said it's unclear who fractured the jaws of Lou, Davis and Zena, but these and other dogs need help.

"The most recent one was brought to the shelter by her owner saying his other dogs did it, but it's pretty evident that someone kicked the poor girl," Klein said in an email. "[They all had] the same horrific injuries ... all with broken jaws to the point that they likely would have had to be euthanized due to the extensive injuries."

This poor pooch came in with a bilateral mandible fracture, leaving her mouth in a fixed open position. 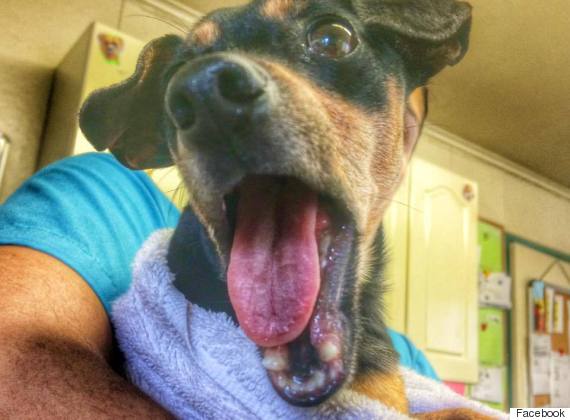 Zena went through surgery and is now eating on her own, but she still needs more medical treatment. The rescue center has set up a fund to raise the $8,000 needed for her surgical procedures.

When Marley's Mutts founder Zach Skow took in Lou in late December, the German Shepherd had a shattered jaw.

Klein said donations and support rolled in for his "miracle" surgery provided by the UC Davis School of Veterinary Medicine, and online postings about his plight led Marley's Mutts to his original owners. Lou Reed was reportedly missing since October, and is now happy to be reunited with his family.

Skow filmed himself rescuing Davis, who was shaking and afraid before he was taken in and renamed. He, too, was suffering from a fractured jaw. 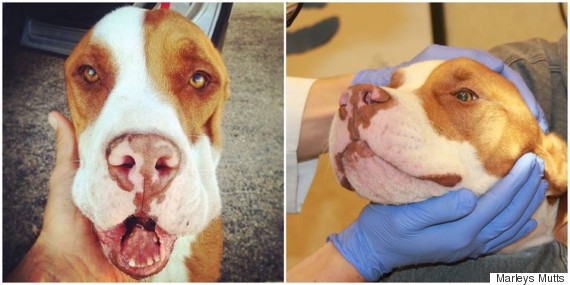 But just look at Jaws now! He has been adopted and looks as healthy and adorable as his former self. 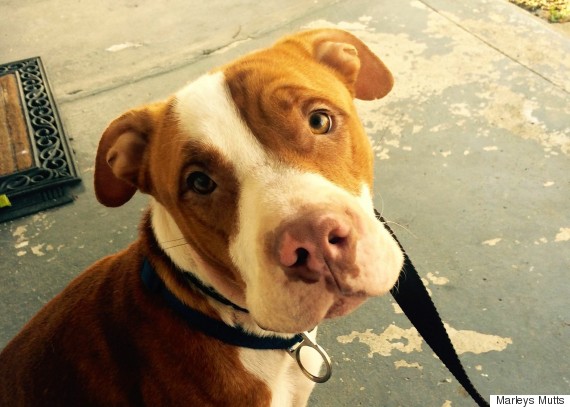 To see how you can help other pooches in the Kerns County area, go to the Marley's Mutts website.