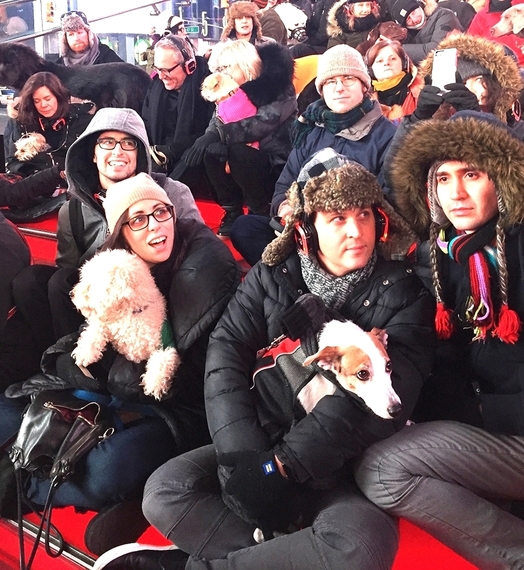 Dogs howling and teeth chattering were the sounds that split the night in Times Square late Monday evening. A magical event, in the heart of the city, on the steps of Duffy Square...a Midnight Moment, Laurie Anderson's mesmerizing music. Music and dog lovers huddled close while the dog friendly frequency of Ms. Anderson's music inspired rhapsodic howls from the crowd. 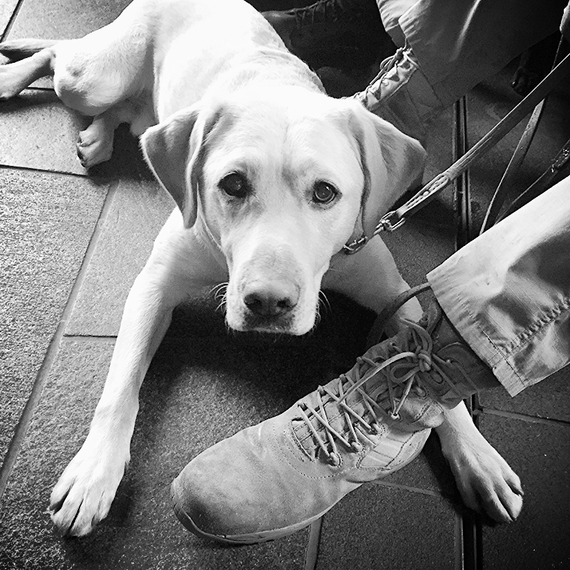 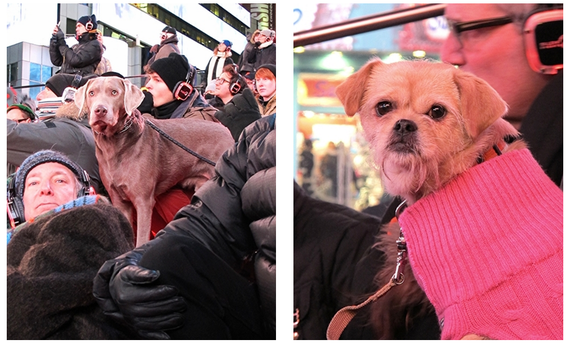 All those who attended were given headphones to enhance the sound so that after the concert, we remained entranced by an excerpt of Laurie's film, "Heart of a Dog" which was projected on several billboards surrounding us. There I was, Mrs Sizzle (sans chiens!,) never more thankful to live in a crazy city that would screen a dog movie at midnight. What's next, dog lovers?