Contradictory though the dates appear, when combined with recent archaeological evidence for early dogs dating from 33,000 to 16,000 years ago across Eurasia from Belgium through the Ukraine to the Altai Mountains in Mongolia, they raise the prospect that wherever early humans and wolves met on the trail of the migrating herds of grazing animals they hunted--horses, reindeer and aurochs, for example--they formed alliances.

In many ways, humans and wolves were made for each other. Both were highly social species who lived and hunted as family units where cooperation was essential to survival. Some scholars have suggested that early humans learned to hunt big game by watching, following, and stealing from wolves. It is also possible that wolves benefitted from following human hunters who with fire and spears were more profligate and efficient killers.

These alliances could have occurred among highly sociable wolves and humans in many times and places. If the wolves reproduced in or near human encampments, the more sociable of their offspring may well have stayed around or taken up with other humans. These dogwolves, or dog-like wolves, came and went, depending on the availability of mates or their own level or sociability. Just as human society was apparently stable for thousands of years, so could this pattern have persisted unchanged.

But over time in several places, some of these established dogwolf populations began to change, ever so slightly in response to changing diet and and living conditions. They began to breed more with each other than with local wolves, and they became more reliably sociable and devoted to human camp life.

Most of those lineages of sociable wolves died off without leaving a trace, but some of them gave rise to dogs.

The dog was born on the move with its humans and has traveled with them ever since. What we call domestication of the dog was the capture in one or more populations of dogwolves of mutations that affected the animal's physiology and thus the way it interacted with the world. The first of these was probably for smallness, but others followed. Researchers call these small mutations with large effects.

This view of the dog's origins differs significantly from the commonly held, frequently cited belief that the dog was derived from sniveling, garbage-dump diving, self-taming wolves among people in the Middle East who were settling into semi-permanent villages at the end of the Last Ice Age. The resulting dog was a "wolf-lite," a perpetually juvenilized wolf.

The view I put forward in my book, "How the Dog Became the Dog" [Overlook, $26.95] holds that wolves and early humans benefited from the association that led to dogs. Humans got assistance in hunting and hauling, a camp guard and defender, a herder, as well as a companion. The wolf becoming dogwolf and finally dog got assistance in hunting, relief from the burdens of rearing its pups, sexual freedom, protection, companionship, and a license to roam.

Beyond the practical, the relationship between dogs and people, at its best, is based on a deep empathic understanding that is sometimes called love but that defies easy definition. Dogs and people have the ability to understand each other at a fundamental level and to work together to perform remarkable feats. 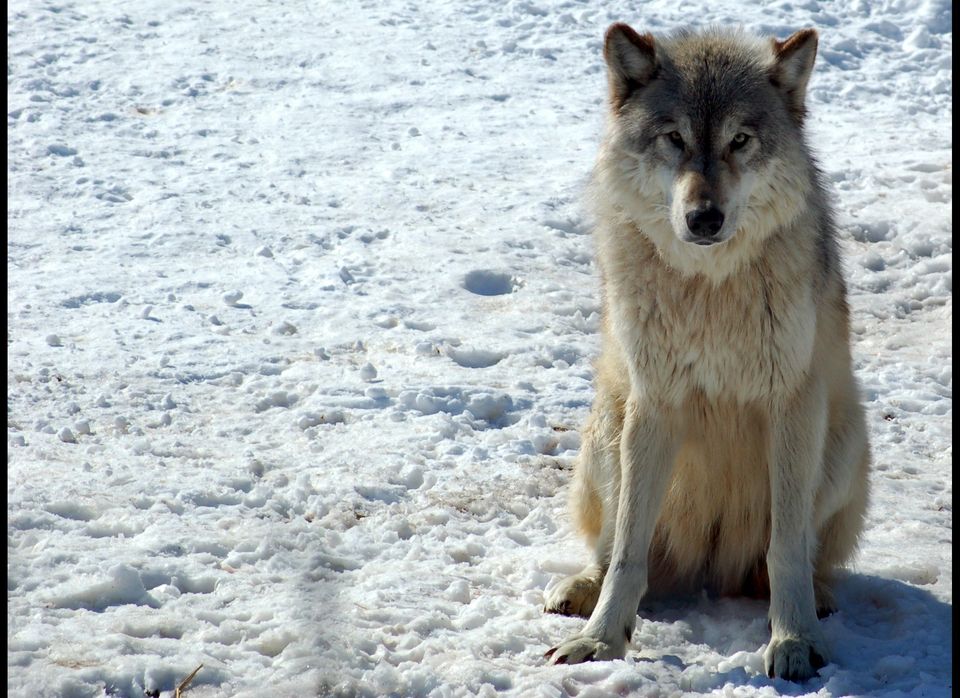 1 / 12
Wolves
The dog is the wolf who decided to make human society its habitat and put its fate in human hands. But which of many subspecies of the grey wolf gave rise to the dog is a question that has long prompted speculation without resolution. In 2010, a group of researchers at UCLA proposed after a genetic survey of wolves and dogs that Middle Eastern wolves lay at the root of dogs, with sometimes considerable contributions from Eurasian and Chinese wolves. The findings suggest not only that the dog was born on the move with hunting and gathering people but also that dogs arose in several places.
Wikimedia