Gregory Berns, a professor of neuroscience at Emory University, recently published a column in The New York Times explaining the results of an ongoing study that suggests dogs have human-like emotions. By examining MRI scans of dogs' brains, Berns found that the structure of their caudate nucleus is very similar to that of humans. The caudate activity spikes in humans when we anticipate receiving things we enjoy, like food or love. It appears to react similarly in dogs.

While Berns stressed that this doesn't conclusively prove dogs experience love or other emotions, at least as we understand them, we would like to challenge that notion -- not with science, but with real-life stories and cute dog pictures. Below, 14 examples of dogs that have surpassed many humans in their ability to show emotions. They are, at least in our minds, superhuman canines.

Himalaya is more compassionate than most humans.

Himalaya won't stop trying to befriend Hernán, a boy with Down Syndrome who has trouble interacting with people and animals on a physical level. That doesn't stop Himalaya from interacting with him. Eventually, Hernán musters up the courage to give the pup a hug.

Know someone who gets a little nervous sometimes? How about this guy, who needs his paw held in the car...

Tommy gets some serious anxiety when he has to ride in the car. He just needs some reassurance.

This famous Japanese dog was so devoted, he waited for his deceased owner for eleven years.

It's not only humans who are memorialized in statue. When University of Tokyo professor Hidesamuro Ueno first got his dog Hachiko in 1924, the Akita would send him off at the front door, and then patiently wait by the nearest railroad station for his owner to come home. Ueno died a year later, but that didn't stop Hachiko from waiting everyday at the station until his own death eleven years later. Every year, Hachiko's devotion is honored at a solemn ceremony at the Shibuya railroad station where a statue of him stands in his honor. 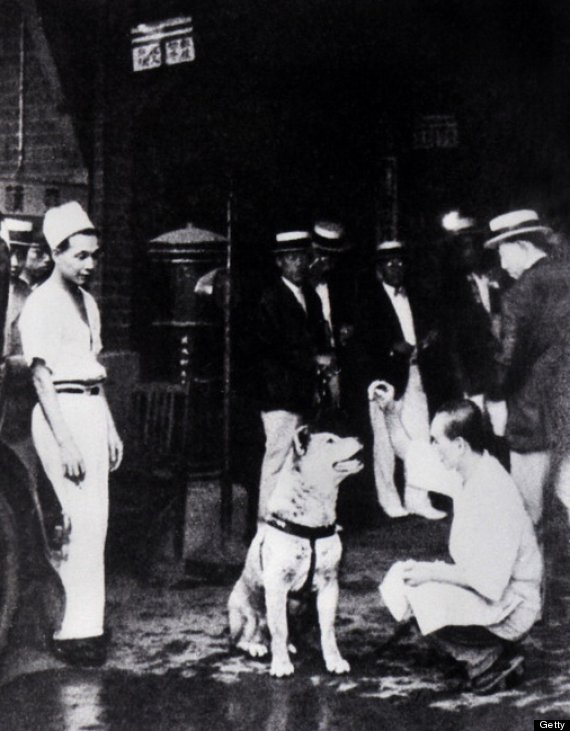 You drive a Prius because it's good for the environment. So does this little guy.

This made us wonder if we could train our dogs to drive. Apparently these people did.

In New Zealand, three dogs learned how to drive cars. Seriously. With what we're assuming took a lot of training (and treats), these dogs were taught how to put a car in gear, press the accelerator and steer with their paws. They went about 20 mph, and didn't even crash. Better than some drivers we know. The experiment was conducted by the Auckland Society for the Prevention of Cruelty to Animals in an effort to prove canine intelligence and promote dog adoptions in shelters.

This pup can shred harder than many humans.

Toy poodle. Skateboard. Overpass. Doesn't get much more hardcore than that. True bravery. 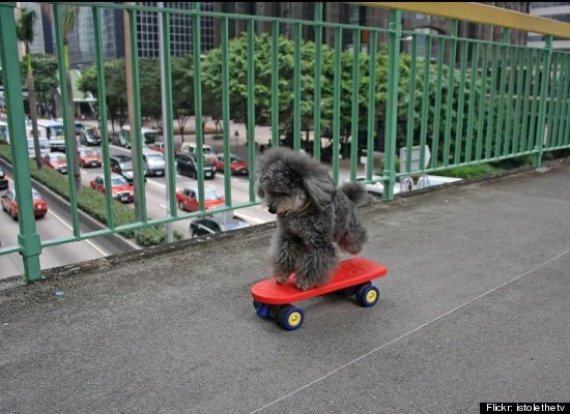 In 2007, George, the most amazing Jack Russell Terrier to ever live, felt the need to save five New Zealand children from two attacking pitbulls. He was playing with the children when the two dogs started attacking. Sadly, George was so severely mauled, he died from his injuries. RIP George. 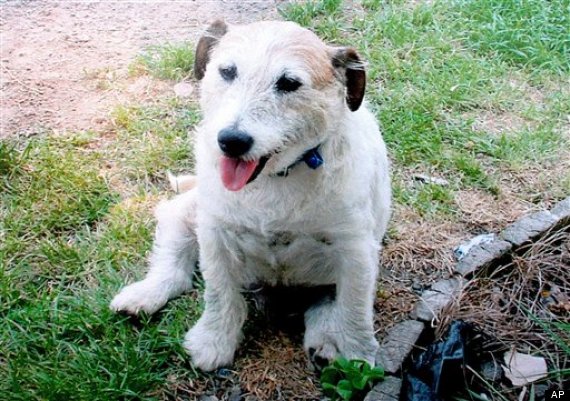 Have you ever seen excitement like this from a human being?

Who says dogs have horrible memories? Take that, cats.

You thought all dogs were living vacuum cleaners, but some are pickier than others when it comes to food.

Bobbie makes us all look really stupid for getting lost in our own neighborhoods.

"Bobbie the Wonder Dog" was really quite wonderful. In the 1920's, he became nationally known when he supposedly traveled 2,800 miles in the winter to his owners' front door in Silverton, Oregon after he had disappeared from a car trip in Indiana six months earlier. When Bobbie died, he was buried with honors at the Oregon Humane Society. 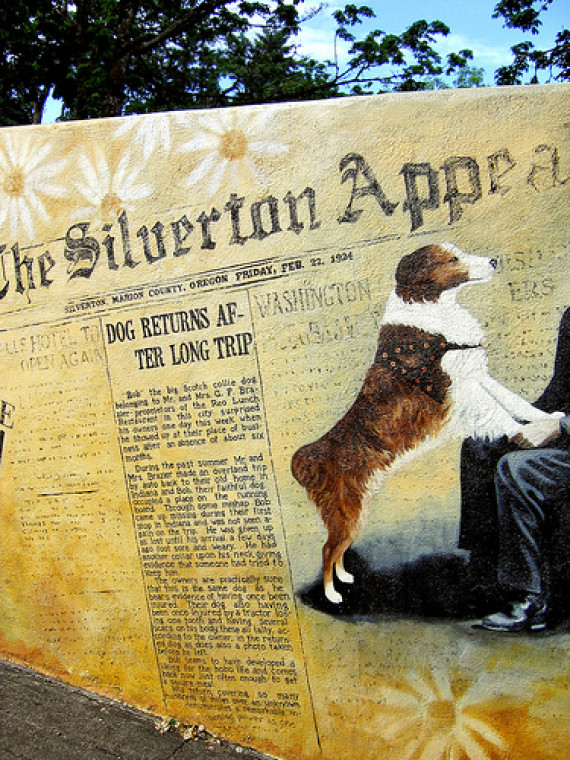 This dog knows the pain of loss more intensely than many humans.

In August 2011, Navy SEAL Jon Tumilson's surviving chocolate lab became seriously emotional at his funeral. He walked up to the front of the room on his own and laid down next to his master's casket. 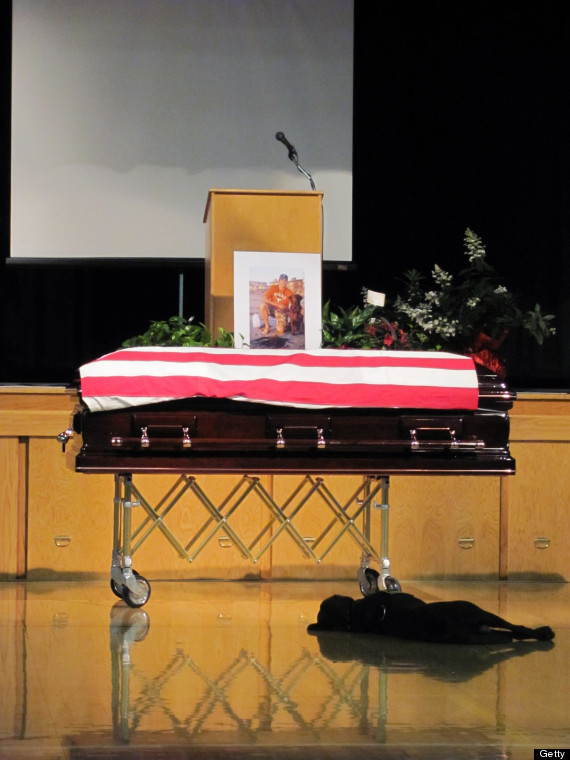 You think you're a card shark, but this little doggie definitely has a cuter poker face than you.

Jilli Dog is very wise. Her owner, Rick Caran, taught her how to play poker. It was all fun and games until Jilli became a compulsive gambler and lost the deed to the doghouse.

Have trouble sleeping? Well this guy needs noise-canceling headphones to catch some z's.

Poor guy just needs some peace and quiet in that lawnmower shop he calls home. 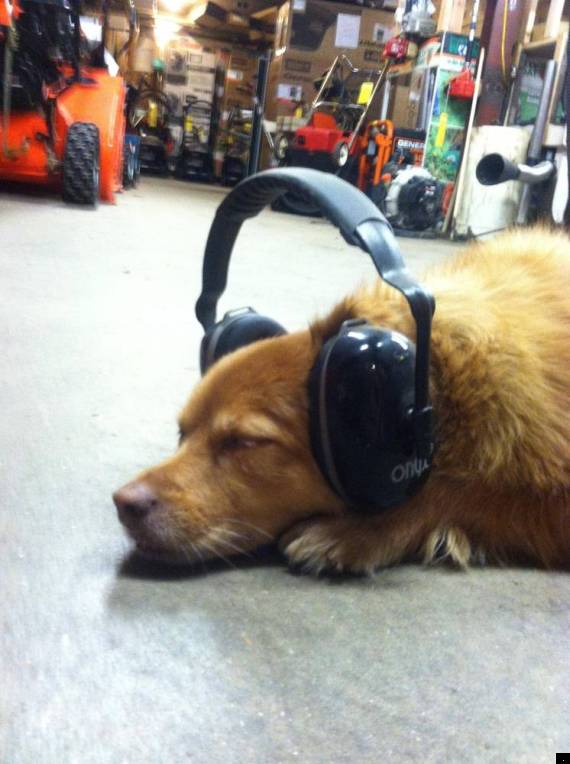 And just like most of us, this dog just needs to take a nap sometimes.

Except instead of falling asleep at a desk, he just falls asleep on the floor. Respect. 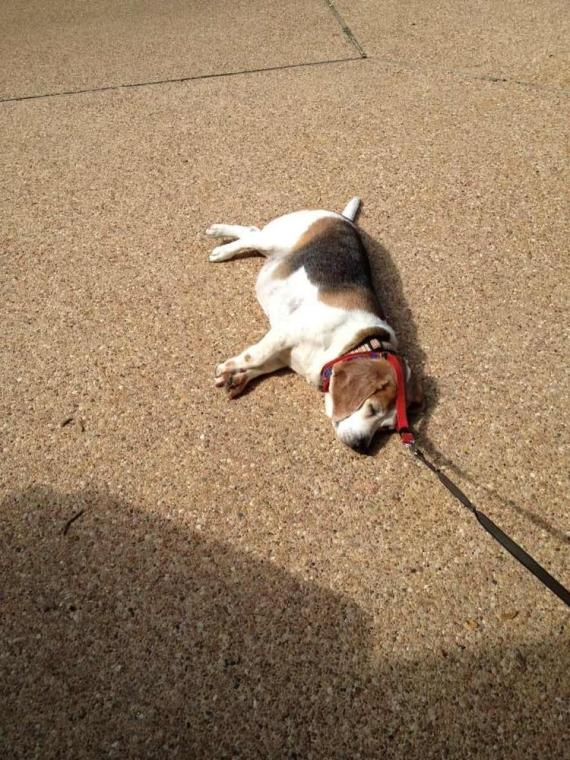 Think Dogs Are Just Animals? These 14 Pups Are About To Seriously Prove You Wrong
Cute Dogs On Reddit