As the saying goes, dogs are man's best friend. Since the Stone Age, our canine companions have been illustrated, described, dramatized, and eulogized in one form or another. "Dogs in Books" celebrates the role of over thirty dogs in literature, from Tintin's white Wire Fox Terrier Snowy, to Lassie, Toto, and Snoopy, as well as dogs from Mark Twain, Jack London, Rudyard Kipling, Charles Dickens, and many more well-known authors.

Culled from the British Library's incomparable archives, "Dogs in Books" features illustrations from rare editions of classic literature and contemporary renderings from popular books. Odysseus had his faithful dog Argos and King Lear's pack of dogs barked away at him as if warning him. From narrating an entire story to rescuing our hero, these dogs are critical characters in these books, demonstrating the timelessness of our undying love and respect for dogs and proving that they have always been more than just a pet. 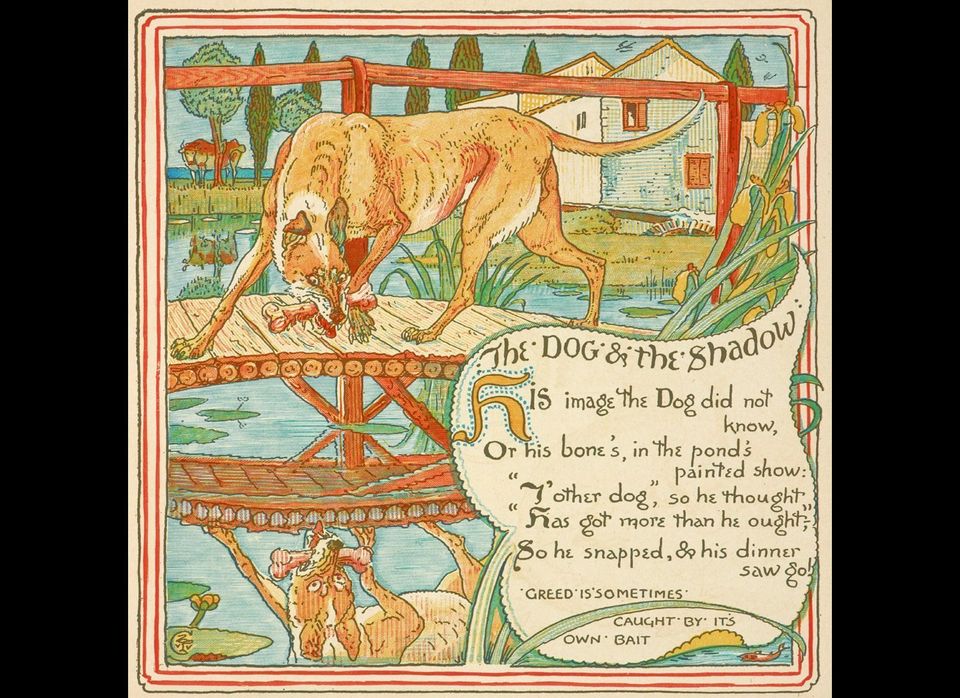 1 / 11
Aesop's Fables
Very little is known about life of Aesop. The Greek writer Herodotus (485-25 BC) recorded that he was born a slave on the island of Samos about 620 BC. The comedies of Aristophanes (448-388 BC) refer to his fables, but both he and Herodotus were clearly describing a person who had already been dead for several hundred years. Many of Aesop's fables featured animals and birds, often making a mistake or behaving badly and then suffering the consequences, and the fable of the greedy dog is no exception: "A dog who was crossing a river carrying a piece of meat looked down and saw his reflection in the water. Thinking the reflection was another dog with a bigger piece of meat, the dog dropped the meat he had and jumped into the water to take the larger piece, and ended up with no meat at all."
Christoper Salyers