Dogs and kids! Photos and videos of their antics account for approximately 1 million percent of the most adorable things on the Internet. But beneath the heart-melting cuteness, kids and dogs share a more sinister trait: They represent the most destructive forces known to all parentkind, able to destroy several weeks’ worth of cleaning in mere moments. (Seriously, how do they move so fast? Does their cuteness bend space-time?)

Whatever the methods used, the resulting mess often looks the same, even to an expert accomplished in cleaning up after them. We buddied up with Clorox to find the worst messes made by dog and child. It’s up to you to guess who did the deed: canines or kids? 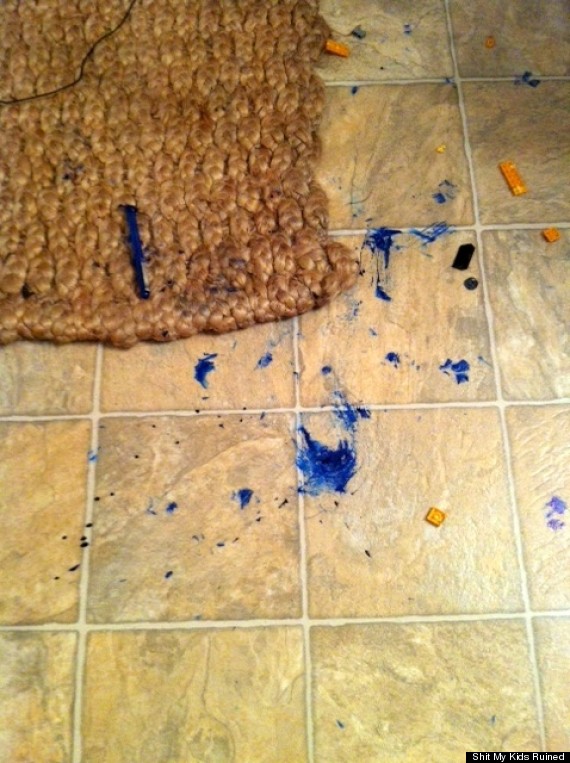 Cheri Graalum stumbled upon this heinous scene in her kitchen one day. As the evidence shows, a suspicious blue liquid was splattered on her tile floor. Nearby lies the mangled remains of what was once a pen. (Rest in peace, pen.) So, dog or kid? 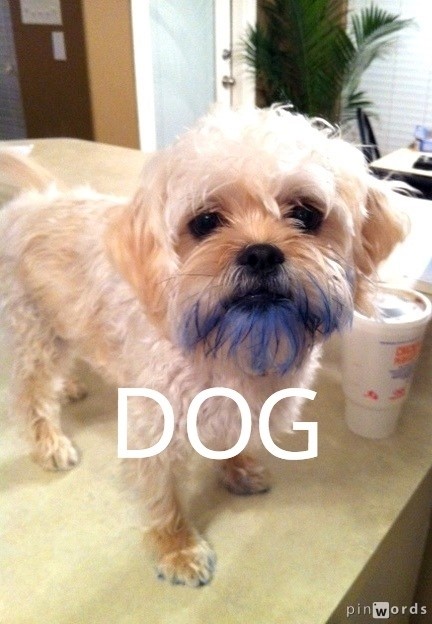 Don’t be swayed by the bright splash of color! The mess maker was this
blue-bearded shorkie named Duke
. We want to be mad, but his beard… it is too cute. 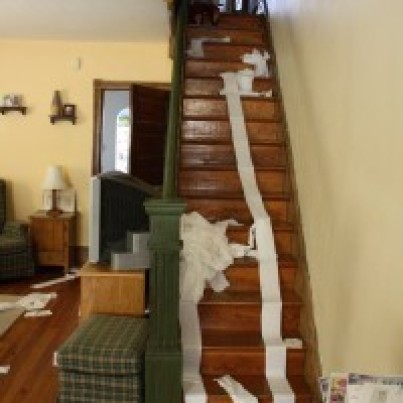 A woman named Meredith stumbled upon an awful mess in her home: Rolls of toilet paper were cascading down her stairs. Who made the mess, canine or 9-year-old? 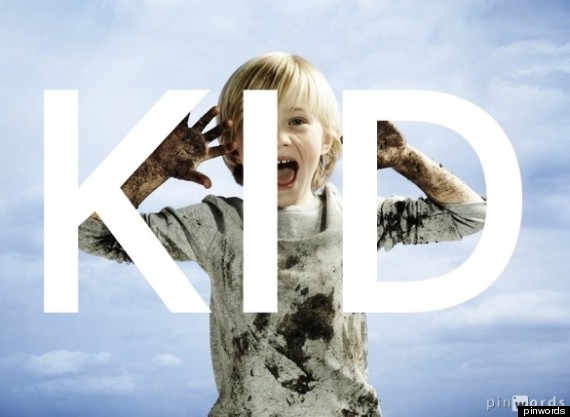 If you look closely, you can see the mess-making child admiring his handiwork from the top of the stairs. Meredith explains that her son, Jake, felt that a 20-pack of toilet paper was excessive. (He also attempted to frame the family cat.) 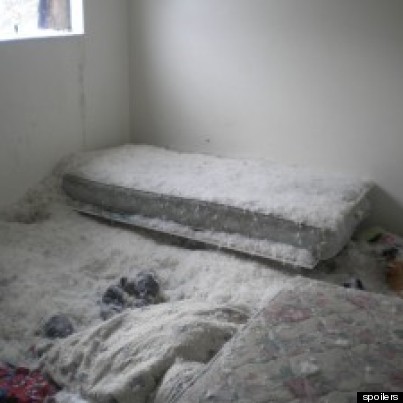 Has someone been using the guest bedroom to pluck chickens? More likely, a kid or a dog has been there -- but which one?

Believe it or not, this wasn’t a dog tearing apart a pillow with its teeth. Summer, the poster of the picture, explains that her curious 7-year-old decided to investigate the contents of a pillow. (That is a very, very thorough 7-year-old.) 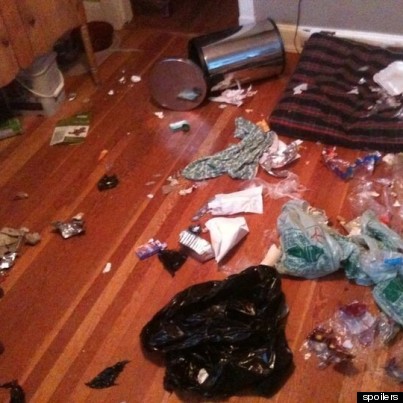 Poor Alex Meiser came home to this kitchen horror, which Meiser aptly called a “garbage hurricane.” Empty bottles, cartons and one styrofoam takeout container licked clean. Is that the smoking gun? Can you tell if a dog or kid is behind this mess? 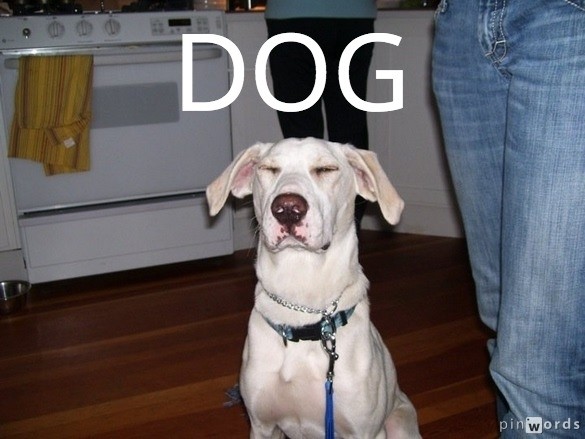 Did you notice the dog bed nearby the “garbage hurricane”? If so, give yourself a promotion to Internet Detective. At least this dog appears to feel remorse for its actions. Perhaps it can be rehabilitated and become a clean(er) member of society. 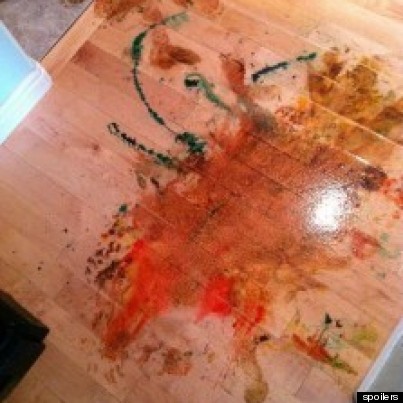 Megan Griffin made a grievous mistake: After cooking colored crepes one weekend, she forgot to put away the artificial food coloring. In a household with dog or kids, forgetfulness leads to messes. (Or, in this case, to floors that look like modern art.)

Unfortunately for our culprit, the food coloring left an easy-to-follow trail away from the crime -- and more than a few footprints. Frankly, the little one didn’t appear to be in a big hurry to get away. 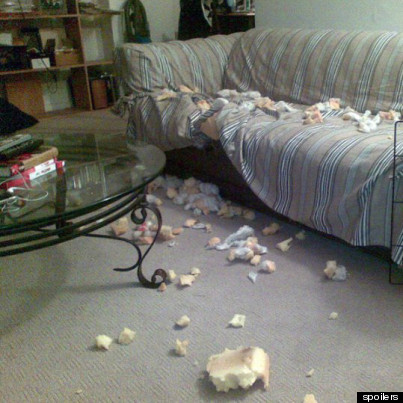 Are we seeing the couch’s stuffing, or just what’s left of a loaf of bread that wandered into the wrong place at the wrong time? Here’s something we are sure of: a dog or kid has been in this room, and recently. 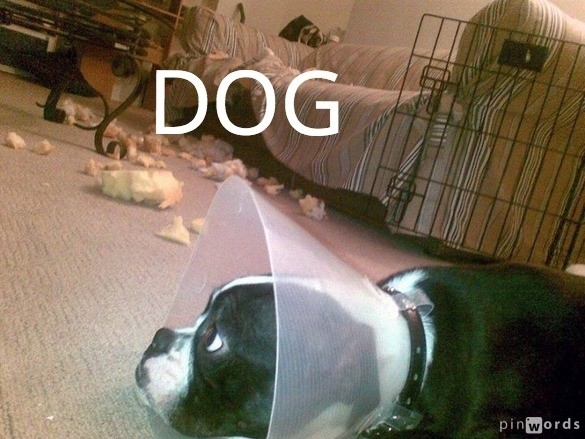 Whenever you investigate a mess, it pays to find a motive. In this case, a frustrated dog named
Lainey
rebelled against the cone it was forced to wear by chewing up its owner’s couch. (Likely story, Lainey. We bet you just wanted to make a mess.) 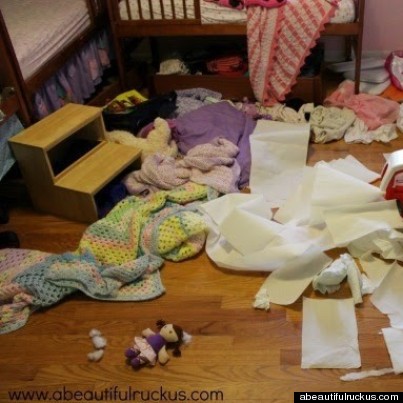 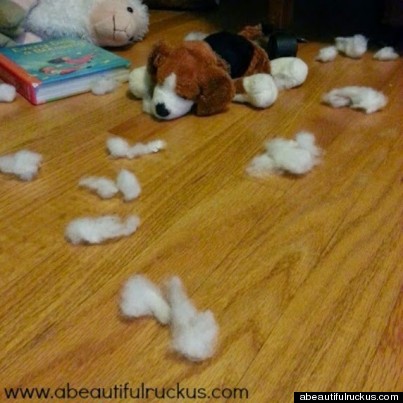 On the one hand, strewn blankets are a telltale sign that kids made this particular mess. On the other hand, our gut tells us that a chewed-up stuffed animal means a dog.

Technically, kids, plural. No single human, no matter how prone to messes, could do that to a room. As Rebecca from the blog "
A Beautiful Ruckus
" explains, her quadruplets have a unique interpretation of what naptime means.

Messes happen. Whether your mess maker walks on two legs or four, Clorox will always be there to help clean up. Even your doggone-est stains will be gone with Clorox Cleaning Tools.