For better or worse, corporations are considered to be people in certain ways. So why not dogs?

A wildly popular recent New York Times story posits that MRI scans of dogs' brains show that dogs' ability to experience emotion is about equal to that of a human child.

And this means we must reconsider their treatment as property.

One alternative is a sort of limited personhood for animals that show neurobiological evidence of positive emotions. Many rescue groups already use the label of “guardian” to describe human caregivers, binding the human to his ward with an implicit responsibility to care for her. Failure to act as a good guardian runs the risk of having the dog placed elsewhere. But there are no laws that cover animals as wards, so the patchwork of rescue groups that operate under a guardianship model have little legal foundation to protect the animals’ interest.

If we went a step further and granted dogs rights of personhood, they would be afforded additional protection against exploitation. Puppy mills, laboratory dogs and dog racing would be banned for violating the basic right of self-determination of a person.

Of course, many other things would be banned as well if dogs were afforded all the rights that human persons -- just be patient for a second with the terminology -- are granted. For instance, could dogs still be kept as pets? What would really be involved, if we were to think of dogs as persons? 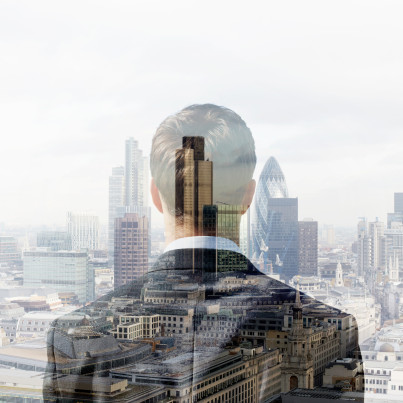 And these are just a few of the rights and obligations afforded to these "metaphorical persons," as Yale Law School professor John Witt put it on NPR, explaining that "a corporation can be prosecuted for a crime, which is something that usually only persons can be prosecuted for. But on the other hand, corporations get rights. They get rights to contract. They can't marry or run for office or vote, but they can speak."

Free speech for dogs might annoy the neighbors too much. And you could say that dogs are already subject to criminal liability, to the extent that "dangerous animal" laws affect canine freedom.

People for the Ethical Treatment of Animals tried to go many steps further, when the group argued before a federal court that SeaWorld violated the Constitution by keeping orcas as "slaves." The judge in that case, which denied the animal rights group's attempt to extend the Constitution to marine mammals, wrote that "the only reasonable interpretation of the Thirteenth Amendment's plain language is that it applies to persons, and not to non-persons such as orcas."

But one judge's conclusion that animals aren't afforded constitutional protections isn't the end of the story. As the Boston Globe reported earlier this year in a fascinating article, a group called the Nonhuman Rights Project is planning to file a writ of habeas corpus on behalf of a chimpanzee.

Lawyer Steven Wise told the Globe that he "has certain rights in mind" he's hoping to see afforded to animals by the court:

Specifically, the right of liberty and bodily integrity. In practical terms, this could mean that people could petition a court to free a qualifying animal from a zoo, or ban its use for food, entertainment, or medical research.

Stacy Wolf, a lawyer with the ASPCA and senior vice president of the organization's anti-cruelty group, has a more modest goal: She'd like to see the law treat animals, including dogs, as more than mere property. In other words, to use the evidence that dogs share characteristics with actual human people to spur a conversation about which legal rights of personhood they ought to be granted.

"Right now in every state they're eventually chattel. They're property. They're like your couch," she said. "And so even though there have been some small movements in the direction of recognizing that they're really not that, the law still looks at them as property."

Wolf said that she recognizes some conceptual problems with thinking about animals as persons, seeing as they are not, in fact, people. But to the extent that The New York Times piece advances the idea that animals have emotions, and that "psychological harm is real harm," she said, it can also help advance the law.

For example, laws could be passed to allow law enforcement to remove pets from, say, dangerous situations "before animals have already suffered harm," she said. "Being able to, in a more widespread way, recognize that endangering them, creating situations where they're likely to experience harm, pain, suffering, are situations where there should be intervention."

Wolf said she "can't even contemplate" the law moving beyond those small, but important, steps at this point, toward the slippery slope (very slippery, in the case of orcas) of granting animals constitutional rights such that keeping them in captivity would amount to slavery.

The ASPCA said in a statement that the group "supports much more expansive legal protection for animals under the law. The precise shape that protection will take is what this exciting conversation recognizing animals as living beings with emotions and the capacity to feel pain and love, is all about."

Final (vegetarian) food for thought: Georgetown University philosophy professor Bryce Huebner, who writes about animal cognition and ethics, tells HuffPost that he doesn't think the MRI experiments talked about in The New York Times piece actually tell us anything new about dogs' brains.

"We already knew that dogs were special," he said, adding that we know that they are "attuned to us," as well as being able to "track all sorts of things that we find emotionally salient."