Under the heading of things that were bound to happen even though they shouldn't, we can now list "cable's first network for canines." Doing the rounds today is an explanatory video for the $5-a-month DogTV, featuring a disturbingly earnest expert named Professor Nicholas Dodman (more like Dogman!). As you will see in a few moments (which you should drag out, because the video reward at the end is so good), Evil Professor Dogman spouts lots of weird observations. Witness his take on how you and I use our TV, which is not how our dog will!:

"One thing that people shouldn't expect is for their dog to sit as we do and stare at the screen for hours and hours."

Do you get the feeling the professor has a low opinion of "people"? And obviously a wish to kill the spirit of "dogs"? Maybe he's become jaded after years spent becoming a TV-watching-dog historian. Witness this horrifying vision of the past:

"In the old days of analog TV, what would happen is the dog would see individual frames. So it was...[cue flickering Dogman]...flickering."

Dogman also details how your dog's first time should go. According to him, it's your job to ease your dog into DogTV. You should sit with him while he "acclimates" (Dogman refers to all dogs as male). But never fear! After "a few minutes," you can "step out and leave him to enjoy the content on his own." Enjoy, dog! I'm going to go live now! 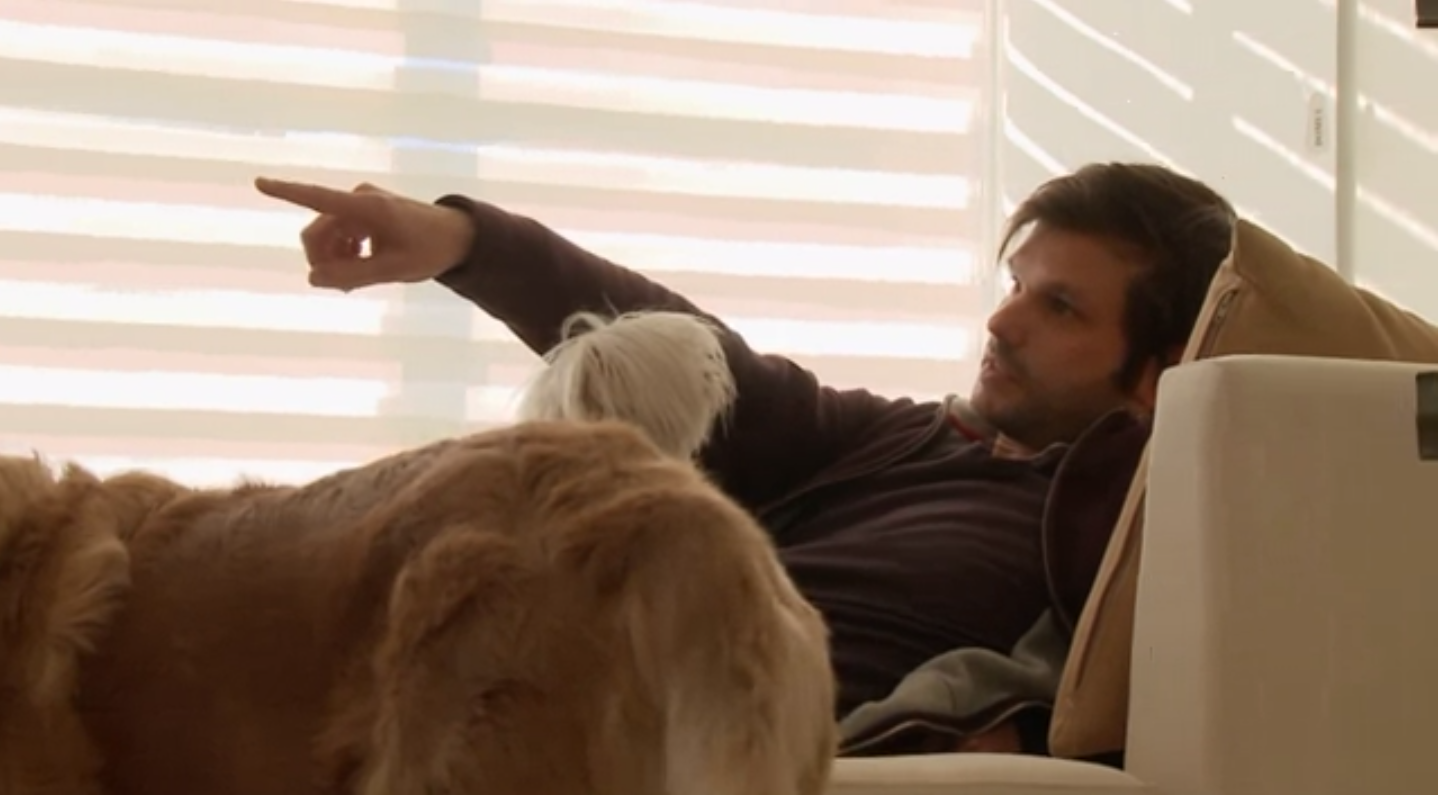 "Shut up and acclimate to TV like a normal dog." 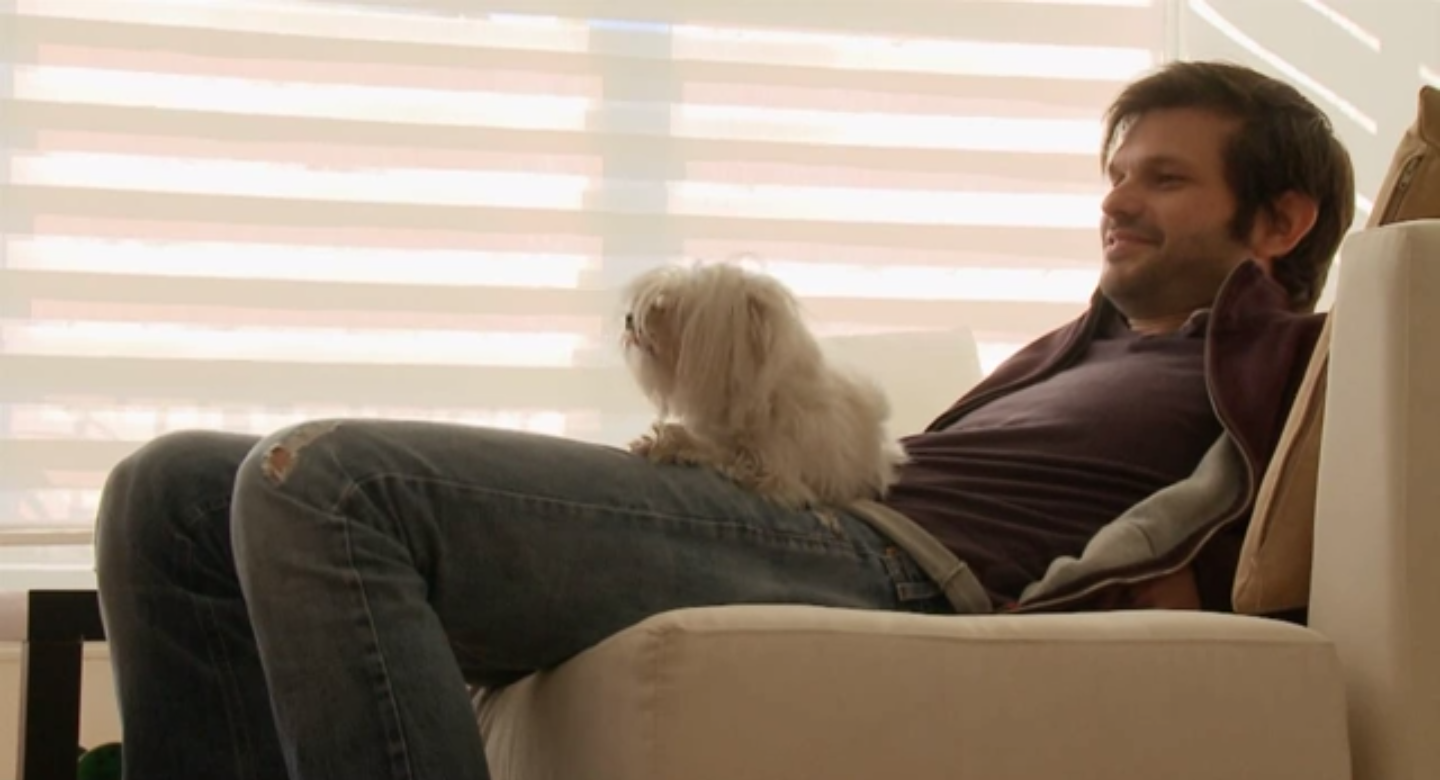 "DogTV is pretty funny!"In conclusion, "we really don't expect [your dog] to sit on the couch and get the channel changer and click the channel around," but "anything's better than the boredom and tedium of being left alone." -- Prof. Nicholas Dodman