Welcome back to Doin' Work: Flash Interviews With Contemporary Photographers. This is a place for me to celebrate the photographers who inspire me, and to present to you an easily digestible bite of their personalities and work.

This week's guest is Susan Lipper. Lipper received her MFA in Photography from Yale University in 1983. Known chiefly as a bookmaker, she is currently working on an ongoing project in the California desert as the final chapter in a trilogy of her travels from East to West. 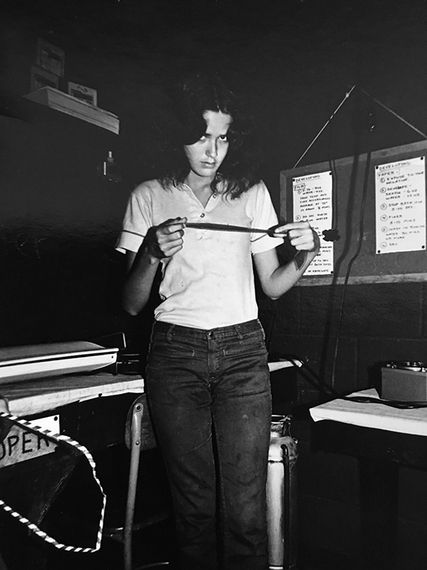 Lipper in the darkroom about 1970, image via the artist

Where do you live and work and how does it inform your photography? How long have you been making pictures?

I am a New Yorker, but one can trace in my work a twenty-year pilgrimage across America from East to West, similar, in a way, to the journeys of pioneers and to Manifest Destiny. My current series, which began in 2012, comes about in the California desert. I first remember being in a darkroom around 12 years old--although I majored in romantic literature as an undergrad and this, too, has informed the work. 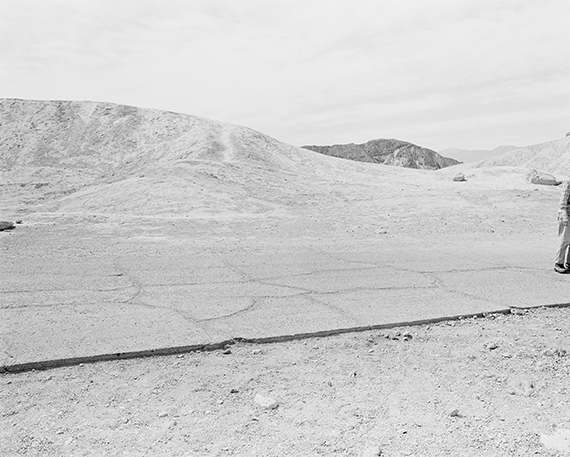 Going on trips through America and making pictures of "unimportant" stuff. Also that I primarily work in series--a group of images that have a relationship to each other.

Show me your signature image. 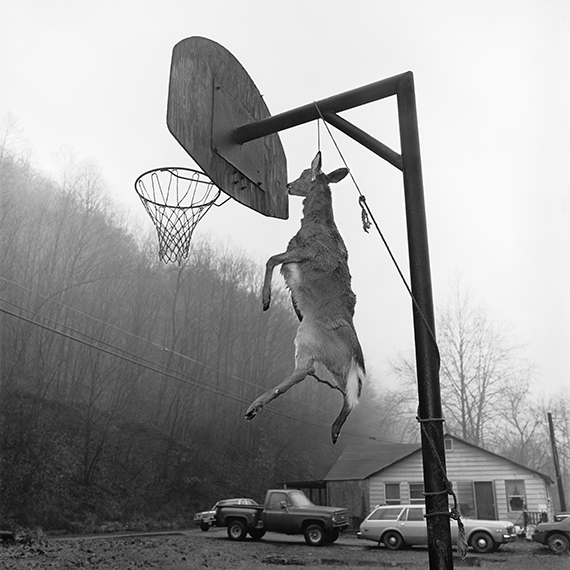 John Szarkowski, a much revered curator at The Museum of Modern Art, once referred to this photograph as my "migrant farm worker picture," alluding to Dorothea Lange's famed image of a migrant mother. I understand this comment now to mean that it is a photograph that, while perhaps iconic, has come to have a life of its own. It is not that representative of the whole of my work.

Do you make a living as a photographer? If yes, please explain how. If no, please tell me about your day job and how you balance photography with said job.

It has meant a great deal to me to be the recipient of a 2015 John Simon Guggenheim Memorial Foundation and Leon Levy Foundation Fellowship in Photography. Prior to that, a few grants and commissions and some teaching notwithstanding, my work has mostly been self-funded. I recognize this to be an enviable condition, but it does not preclude the need for print and book sales.

What does it look like when you're in the flow?

As an itinerant photographer, I take this question to mean the period when I am on the road. I suppose I look lost. When I was younger, possibly I looked like more of a target.

It is interesting that you ask about contemporary photographers. I sometimes don't trust my initial response to photographs and really need images to stand the test of time. I believe a number of my colleagues have, what I would refer to as, relevant bodies of work and it would be impossible to name just three.

What are your thoughts on the vast sea of online photography?

Given the current climate, anything that improves visual literacy is a huge plus. Diverse cultures are being brought together by increased access to all sorts of images, and a shared non-verbal language is developing. At least, that is what I perceive. So, basically this is a very good thing. However, there are pros and cons for practitioners.

My big break came with my first monograph, Grapevine, published over twenty years ago. Initially, the project was widely read as classic photojournalism and was extremely popular with a general audience. The challenge then became to reestablish the collaborative fiction and subjective elements at the work's core. A major effort was spent on my part controlling the context in which the work appeared. Thankfully, as visual literacy has increased, this kind of misreading has become less of a problem.

What's your definition of success?

I am personally interested in further legitimizing the sense of a subjective, possibly subversive female gaze in photography. Of course this would have to be accompanied by the prerequisite gallery and museum exhibitions in addition to monographs.

How has photography changed in regards to sexism over the course of your career? Or has it changed?

Sadly I don't think it has changed and female photographers are as under represented as ever. I have not given up hope for the future though.

What's your opinion of humor in photography?

I would define humor as being intentionally ambiguous, as well as having an awareness of the surreal element integral to the medium. I am glad many people find my second monograph, trip--which is a fictional road trip--funny or, at least, a tragicomedy. 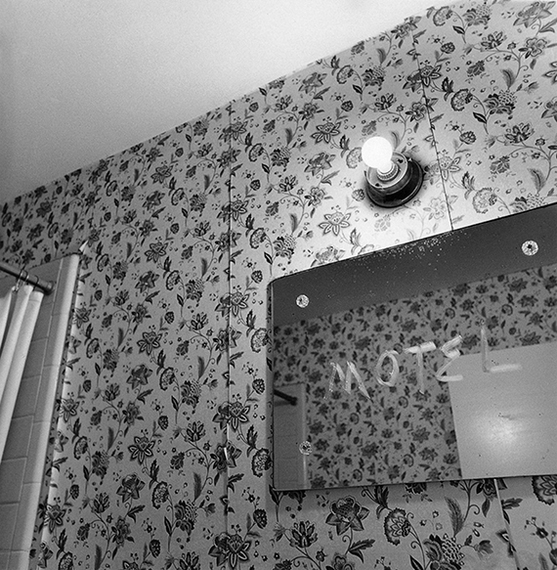 Dogs or cats? Why?

Both are OK...as long as they are someone else's responsibility.