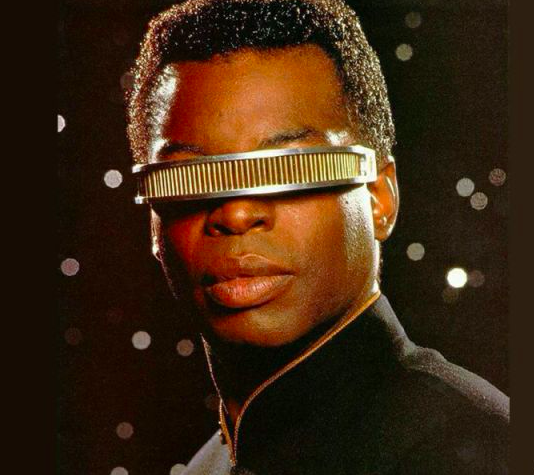 Perhaps the reason Geordi Laforge never took his trademark glasses off was because he was busy binge watching every season of House of Cards.

Don't look now kiddies, but the days of everyone sitting around your new 4K, Ultra HD, 52" hyper-pixelated flatscreen, and watching the same show together, are fast approaching their demise.

In the world of virtual reality, "cutting the cord," and giving each user an all-encompassing, personalized experience through HMD's (Head Mounted Displays), is literally just around the corner.

Don't worry, everyone will still be able to sit in the same room, but now you'll have the option to watch something completely different than the person next to you, or, if you prefer, you can all watch the same thing, as in the movie theaters of today. But, the cool part is, you will be in total control of the action as it happens.

Yes, my little tech geeks, the future is now and it's name is 3D 360 technology. Translated, it basically means strapping on a headset and being beamed directly into the middle of whatever world it is you choose.

For instance, if you're a fan of The Walking Dead, you'll simply strap on your brand new VR headset and, viola!, instantly experience true 3D 360 picture all around you. Although, I'm not so sure that's the scenario I'd choose to make come to life.

Look to the left and zombies are coming up the stairs. Look to the right and you may see a dozen dead bodies. Turn around and look behind you (yes, you can turn your head), and you may spot the only remaining escape route before the characters do. You can even look up at the sky in case asteroids may be falling, or down at your feet to see a few hungry zombies clawing at your ankles. Pretty wild, huh?

While every tech geek in the book, including Mark Zuckerberg, will tell you virtual reality technology is the next big thing, and everyone from Samsung to Apple to Google are hot at work in their underground caves designing their own brand of headsets, there are two guys in Vancouver, who, as we speak, are quietly going about the business of designing the equipment that's needed to capture and convert the actual images that will ultimately help create the content you see in these headsets, i.e., the television shows, advertising, and movies of tomorrow.

They are veteran stuntman/designer Kit Mallet and software engineer Dirk Gombos. Their company, 3DEvolution is already light years ahead of the competition. What these guys are doing, as we speak, will blow your tech savvy minds.

For instance, as advanced as the business of film production is in 2016, true 3D 360 is still an incredibly cumbersome and expensive process, filled with many hours of editing, mapping, retakes, and trial and error (think video games of the early 80s). Because of that, most companies out there at the moment that claim to do it, simply can't. Only a small handful of production houses exist that can actually produce a true 3D 360 image. Why?

For starters, there are multiple (sometimes up to a dozen) cameras that need to be seamlessly "stitched" together, which almost never works, as the current rigs were not designed with 3D in mind, thus, it's very difficult to merge the images due to the sensors inherently being so far apart. Still with me? Beyond that, due to their inability to be linked close together, they're only capable of producing a monoscopic image.

However, the rigs Kit and Dirk have designed are able to produce a true stereoscopic image, as we speak. Meaning the viewers' eyes have two, split-screen images to focus on, creating the sensation of actual depth, like looking through a pair of binoculars.

Add to that their revolutionary design makes it possible to successfully "stitch" up to eleven cameras together at one time, saving hours of painstaking editing in post, and you can begin to see the possibilities. They've even made the units small enough that you can now film inside a car - an option which was pretty much impossible until now.

What does all this mean, you ask? Well, for the post-production side, it means, going forward, studios will save tens of thousands in costs in areas such as green screens (the actors will simply be inserted into the shot instead of cut around), mapping and tracking, and other time-consuming, costly techniques. For the actors, it will mean actually being able to see the dinosaur they're fighting, as opposed to a broom stick held in front of their face that they're supposed to pretend is about to eat them. For the movie-going public, it means an experience exponentially more realistic than the most advanced 3D theaters can currently offer. And, who knows, if the studios are saving tons of dough in post, maybe that'll translate to cheaper tickets for us? Okay, maybe not.

Still, just the thought of the endless possibilities this type of ground-breaking technology offers, has already managed to catch the eyes/ears of a certain mega-studio. Although the situation is quite hush-hush, rumor has it they're gaga over Kit and Dirk's rigs and are actively testing as we speak.

Think about it like this; if, in just a few years from now, everyone's going to own a pair of VR headsets the same way we all have cell phones, then we're going to need content to view as well, right? Thus, the company that's at the forefront of providing that content could be the Microsoft of tomorrow. So, if you see Kit and Dirk on the street in the coming weeks, you might want to be nice to them. And, maybe ask for a job. 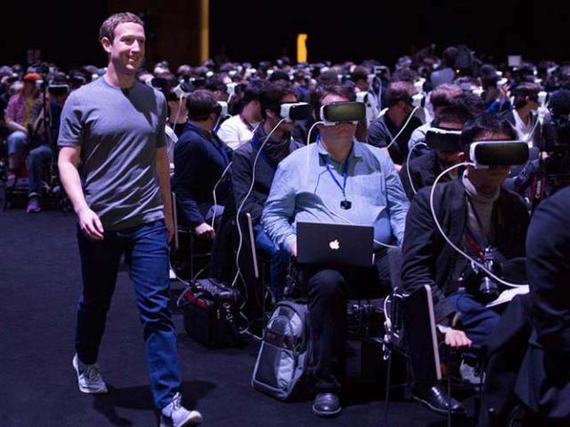 (What the movie theaters of tomorrow may look like)