It used to be that prison inmates had just one choice when it came to channeling their creative energy -- making license plates. But at Rebibbia prison in Rome, there's another hobby inmates are allowed to take up: making clocks.

Aptly titled "Doing Time," the art project -- headed up by designer Sara Ferrari and Artwo gallery, an organization that promotes limited-edition objects designed by artists and designers and produced by inmates from Rebibbia -- employs members of the prison community in making wall clocks out of the waste from leather producers. Its name signifies a literal translation of "doing time," as Core 77 explains. 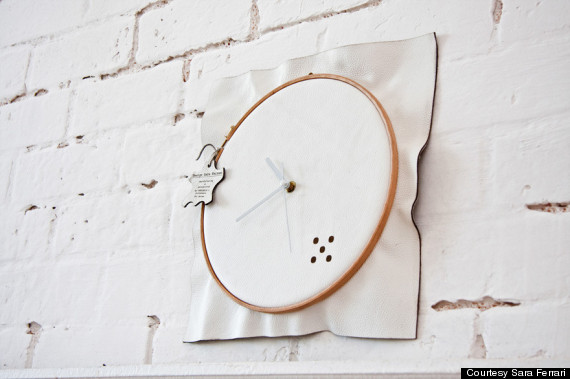 Likening the prisoners' new craft to traditional ones, including drawing tattoos, Ferrari says in an email to The Huffington Post that "each clock will contain a different 'tattoo' or message that the inmates would like to send outside without really knowing where it would go -- like a message in a bottle. Sometimes prison tattoos are made for 'killing time,' but most of the times the inmates regret they have marked their skin that way."

Many prison tattoos you may come across feature a clock with no hands, which has come to represent several things. One being the seemingly never-ending prison sentence and another the different way in which an inmate views and passes time in comparison to someone who isn't locked up. But once they leave their cells and jump back into the real world, the tattoos are still there. The designer wanted to give inmates another way to express themselves.

Ferrari adds that inmates involved in the project are all from the "long sentence department" and the number of participants varies from day to day. 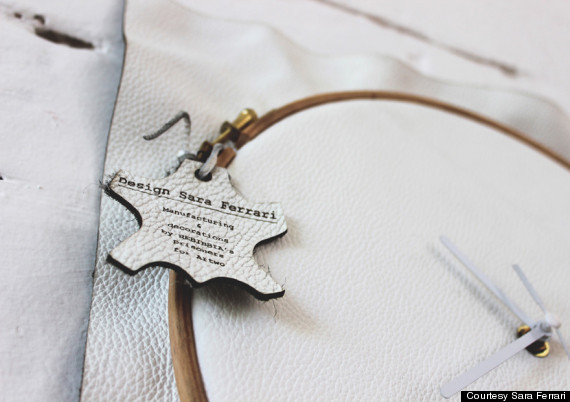 "Doing Time" is currently part of a group exhibition at the Triennale Design Museum in Milan and clocks will be sold through the Artwo gallery, with both Ferrari and the prisoners earning a percentage of the sale. Take a look at some of the works the project has produced so far and head over to Core 77 for more details.