Over the past few days, much has been written about former Spokane NAACP president Rachel Dolezal's false claims about being black and her bizarre justification as to why she still identifies as such.

But in the wake of last night's act of domestic terrorism at the Emanuel African Methodist Church in Charleston, South Carolina, another cruel reality is becoming more apparent: by grabbing the mantle of blackness, falsely claiming victimhood, and muttering gibberish about transracialism, Dolezal has trivialized Black Lives Matter, the very movement she has claimed to be part of. 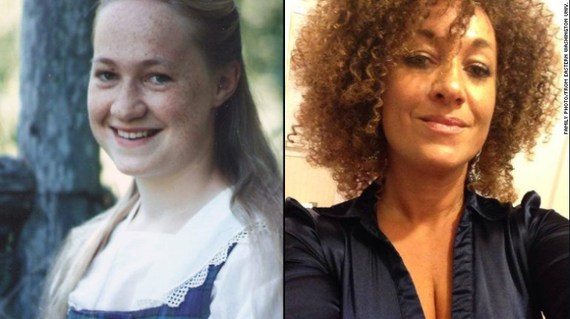 Through her deception, Dolezal seemed to fetishize blackness and African Americans in a way that has served to other and greatly marginalize them. As Ronald L. Jackson II and I wrote, the borders between blackness and whiteness aren't just symbolic -- in some cases, they are violently enforced and disproportionately keep young blacks from the opportunities of their white peers.

Even if we can generally agree that race is socially constructed, racial hierarchism is very much institutionalized in the United States. Dolezal, rather than challenging white privilege as a white woman, denied her own privilege and performed race in a way that aesthetically exaggerated and stereotyped black womanhood. To say that Dolezal performed in blackface might be overly simplistic, because it seems as if she came to believe her own performance.

What's even more troubling is that in the wake of systemic attempts at disenfranchising blacks and other minorities as well as racially motivated violence just 50 years after the passage of the Civil Right Act, Dolezal dramatically undercut attempts to form multiracial coalitions to solve these problems. Instead, creating a false biography, as if she had just combined bits and pieces from a Sherman Alexie novel and a Tyler Perry play, she has served to uphold a false narrative that racial and ethnic identities can be assumed by anyone.

Dolezal's deception, however, does underscore one truth within America's diverse social fabric: that race continues to dominate how we view each other and the world. While religion can be racialized, and religious discrimination continues to be a major problem in this country, one's religious identity and connections to a religious group can change over time. Performance and passing aside, racial identity is generally static and harder to change. One can be white or black and identify with any belief while genuinely holding to daily practice. As a Hindu American of Indian descent who has worked in multicultural and multiracial settings towards social and racial justice, some of the most devout, knowledgeable, and sincere Hindus I've come across have been white or black. Their religious practice has not in any way changed or impacted how they identify racially or ethnically.

While Dolezal could have been a white woman who identified strongly with the African-American experience and blackness (and have done so without being a caricature like Iggy Azalea), her attempts to claim she is black simply obliterates -- and indeed whitewashes -- a very long history of how race/color has overtly or subtly determined one's access to opportunity and equality. Tragically, the color of one's skin -- as exemplified by hate crimes or police brutality incidents such as the fatal shooting of Tamir Rice, the choking death of Eric Garner, the police attack that paralyzed Sureshbhai Patel, and the recent case of teens being cuffed outside a pool party in McKinney, Texas -- is still an important arbitrator of rights and social privilege.

Even if Dolezal's supporters argue that the experience of "being" black perhaps sharpened her empathy, those claims are undercut by the fact that she conveniently chose to return to whiteness when she needed to.

However, the sheer ridiculousness of her delusion also shows that race is complex, and that while racial performance can be rhetorical and symbolic, racial discrimination and violence are still are very real.