If dolphins turn out to be any more human-like in their behavior, they're going to get their own dating web site.

A new study by biologists at the University of North Florida has discovered that dolphins form long term alliances -- or "bromances" -- in which two males pair up for at least as long as 15 years.

Each serves as the other's "wingman," helping herd fertile females and sometimes even teaming up with other male pairs to keep females from mating with other males.

"That hasn't been shown in any other animals besides humans so it's a really big finding," Dr. Quincy Gibson an assistant professor of Coastal Behavioral Biology at the University of North Florida told First Coast News.

The team's work began after an Unusual Mortality Event (UME) was declared for Jacksonville dolphins in 2010, revealing a lack of research on the area's bottlenose dolphins, according to their web site.

The biologists have been photographing and studying the area's 300 dolphins, and recently expanded the behavioral component of their project to investigate social structure and complexity (e.g. male alliances), maternal care strategies, and calf development.

Click below for images from their research, including lots of adorable newborn calves, dolphins practicing self-defense, and a very rare glimpse of a dolphin erection: 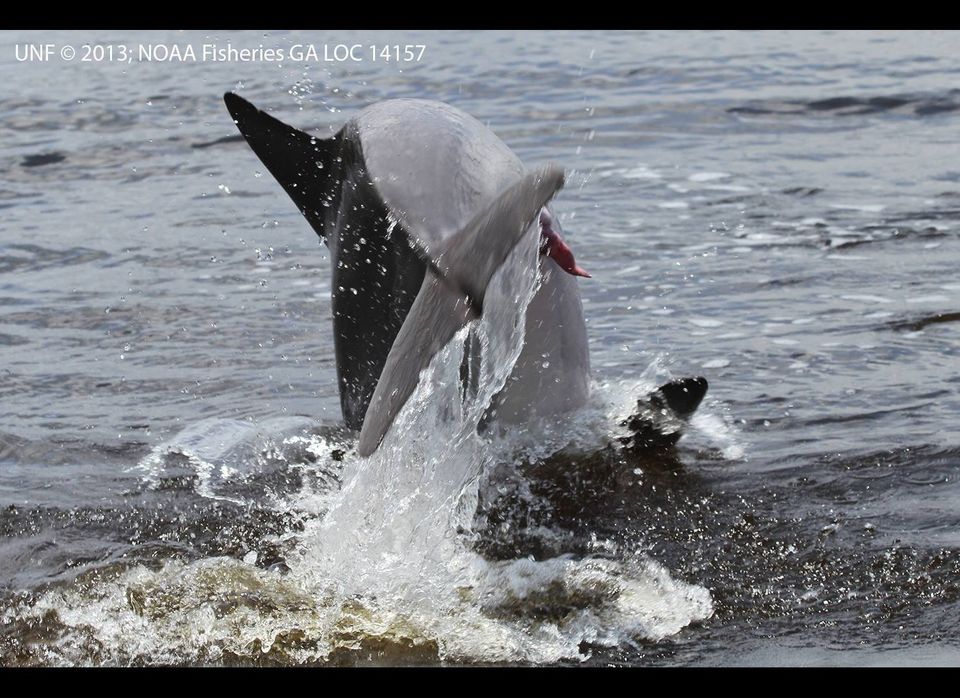 1 / 14
"In order to confirm the sex of our dolphins, we have to wait (patiently) for them to eventually roll belly up at the surface...or even more rare, leap with an erection. We now know for sure that Huntington is male!"
Facebook.com/UNFdolphins