A dolphin was spotted in the East River near 96 Street on Wednesday.

According to the blog, Out Walking The Dog, the dolphin was seen swimming in circles between the Randall’s Island pedestrian bridge and Mill Rock.

A NYPD harbor patrol crew is currently assisting the animal.

NBC's Brynn Gingras was at the scene and tweeted:

Dolphin in the east river doesn't appear to be injured. Conservation police on scene to determine if they will guide it elsewhere.

#Dolphin seems to be swimming in circle between Manhattan, Queens, Randall's Island. Bobs up every 20-30 sec pic.twitter.com/qahxTjpnJi 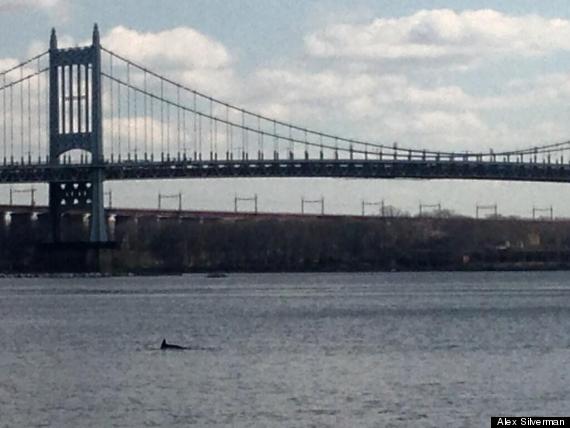 In January, a dolphin was found in the Gowanus Canal. The animal died shortly after, but a necropsy concluded the death was probably not caused by the canal's toxic waters.

Dolphin Stuck In The Gowanus Canal