There is an episode of Good Times wherein the father, James Evans, spanks a teenager for misbehaving. Afterwards, James's wife Florida says to the young man, "He beats you because he loves you."

When I was a child, the idea of beating someone or hitting them out of love was a concept that weighed heavily in my home. I witnessed my father beat my mother with heartbreaking regularity, and I saw this behavior in other African-American families as well. As a child, I thought that was how families were. When I grew up, I entered into a relationship where I was a victim of intimate partner violence. Fortunately I realized that this was not acceptable and I got out. I feel very lucky.

When women experience domestic violence, they often feel they have nowhere to turn, and this is likely more true in the African-American communities, where public resources can be limited.

When I was 18, after watching my mother suffer from abuse during my whole childhood, I finally got her to call a local shelter for help. On that night my father was on a rampage and got good hits in on all of us, which included my mother, my two younger brothers, and me. We ran away to a phone booth, and I talked my mother into calling a shelter.

This is a gap in services. I am sure the shelter we called that night was doing the best it could to help us. Intimate partner violence is a big problem, and there is a lack of resources in the African-American community.

This is a terrible position to leave a victim of intimate partner violence in. It leaves him or her with the belief that there is nothing the police can do to help them. It leaves the victim afraid to call the police a second time if there is a problem. The police need to act as a better stop gap. We cannot leave those suffering in a place of hopelessness.

A discussion needs to be had in every American community about how the community, police, educators, community service organizations, and social workers can work to end domestic violence in their area. If service organizations are overwhelmed, the community needs to step up and help provide support. We also need to ask why 70 percent of domestic violence cases go un-prosecuted. Close to a million sufferers of abuse should not go unprotected. Nothing else can happen until we figure out a way to end these major gaps in services. 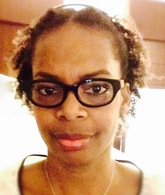 We are dedicated to eliminating racism, empowering women and promoting peace, justice, freedom and dignity for all.