Violence holds a huge cost for our world. Globally the cost runs to more than 11% of the world's GDP. But this is not mostly about the highly visible violence that dominates TV and news. 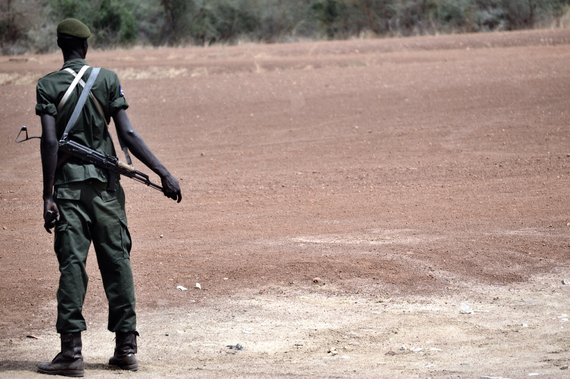 Civil wars and conflicts rumble far too long in far too many places like Syria and the Sudans, and they are devastating for those involved. Economists have measured the costs of all such conflict, from the death toll from civil wars, regular wars, terrorism along with the costs of refugees but also including the way conflicts can blight countries' economic growth for decades. Yet, their total impact, though important in specific hot-spots, is globally fairly small, with a total cost of about 0.2% of global GDP.

But "surprisingly, other forms of violence are likely a much greater problem and they certainly deserve more of the world's attention." This is the argument by James Fearon and Anke Hoeffler in a new research paper for the Copenhagen Consensus.

Take the stark fact that, for each civil war battlefield death, roughly nine people are murdered. If you measure the total cost, not just of homicides but assaults and the fear associated with these, the global cost runs to more than 1.4% of GDP. For sub-Saharan Africa, because of higher crime rate, the cost is nearly 4% of the region's GDP. This does not mean that the region loses some $86 billion each year from this violence, but rather that if we could avoid these murders and assaults, the region would be better off in a way that would be comparable with everyone being 4% richer.

But even murders are not the most important part of violence. The most devastating impact of violence comes from two areas that are often neglected, and the economic analysis shows us why we need to give them much more attention.

The first area is child abuse: across the world, many children still have a very violent upbringing. Almost all parents use non-violent discipline like explaining why a certain behaviour was wrong and perhaps taking away privileges. But each month, more than 15% of all children experience what the UN call severe physical punishment. They are being slapped on the face, head and ears and 4% are even being beat up with an implement, being hit over and over as hard as possible. This is the fate of 290 million children across the world each month, with 125 million occurring in sub-Saharan Africa. 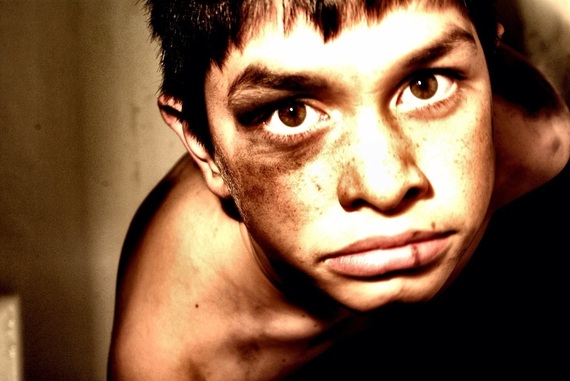 The economists estimate the cost of such child assault, not just from the obvious costs of increased child welfare interventions, but also from the well-documented loss of future earnings from an assaulted child. The total global cost reaches an astounding $3.5 trillion annually.

Violence against women is the biggest global cost, and it includes female infanticide, genital mutilation and incitement for widows to commit suicide. But far bigger is the cost of intimate partner violence, including being slapped, pushed, shoved, kicked, choked, burnt on purpose and forced to sex. Over the past year, this violence afflicted more than 28% of women in sub-Saharan Africa. The total cost of such violence against women runs to $4.4 trillion per year.

The world and the UN are trying to answer the question: What kind of world do you want in 2030? The focus is to find the best targets for the world to concentrate on.

That is why my think-tank, Copenhagen Consensus, has asked some of the world's top economists to look at the economic, social and environmental costs and benefits of many different proposed targets, from areas like health, food and education to the thorny question of violence.

The economists find that a target to reduce civil wars could be achieved with more active deployment of peacekeeping forces. While costly, these could help prevent future civil wars, and the analysis shows that each dollar spent could do between 2 and 7 dollars worth of good. They also find changing alcohol laws could partially reduce assaults: in the UK such change has lowered assaults so much that the benefits outweighed cost 17-to-1.

To reduce violence against women and girls, one program in Uganda, called SASA! (Kiswahili meaning "Now!") promotes the view that violence against a partner is unacceptable, and has halved the level of violence. While such a program seems like a great idea, we still don't have the analysis to show how much good it does for each dollar.

Reducing violence against children could be helped by strengthening social services. Studies from Washington state show that home visitation programs can reduce child abuse and hence reduce both further spending on child welfare and litigation, while helping the children avoid medical, mental health and quality of life costs. For each dollar spent the benefits could reach 13-14 dollars.

We now need to start a conversation about which targets for the world we want to set. Knowing the costs and benefits on how to reduce violence is one part of that puzzle.