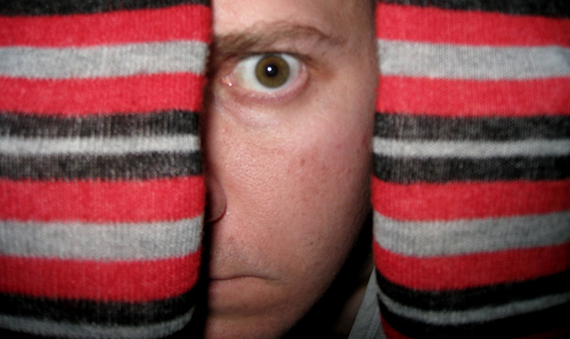 Domestic violence aside from the obvious signs of physical abuse such as pushing, grabbing, and hitting, can be subtle, and here's a surprise for many: both genders are at risk.
--

When I refer to non-physical domestic violence and abuse, I'm not speaking of the occasional fight, or ups and downs of any normal relationship. I'm pointing to patterns over time.

Who's most at risk?

Those who had upside-down childhoods where they were forced to "parent" a parent or had healthy boundaries ignored, are most at risk for this type of relationship.

Children who were yelled at one moment, then showered with apologies and loving behaviors the next, become confused and often times miss the signs of abuse in adult relationships.

Children who were blamed, made wrong, ignored, put down, or abused physically are at high risk for adult domestic abuse.

When your childhood was filled with emotional ups and downs, it's easy as an adult to equate this type of behavior with love. As a child you can't leave your parent so you either try to "fix" them, or you make excuses for them and take the blame.

If you, like so many, had this type of childhood, here are the signs to watch for in your intimate relationships:

Being extra attentive to another person's needs vs. your own healthy boundaries.

Over time, if you're in an abusive relationship (or grew up in an abusive household), you learn to walk on egg shells so you don't upset your partner. Chances are you did this with a parent and unconsciously do this with friends and co-workers.

Keeping quiet, not speaking your mind, not wanting to rock the boat, justifying bad behaviors as "oh, I must be overreacting" are all signs that you're not listening to your inner voice. Anytime you're in indecision about whether or not you should be upset about something- there's a good chance you're ignoring that inner voice.

Another sign? No longer getting together with friends as often as you once liked, since you're always trying to repair an argument or get over a recent dramatic event within the relationship.

Missing social events or spending the weekend fighting instead of having fun together can be a sign you're in a bad relationship. You may even start to feel isolated as your partner demands most of your time.

You might even hear yourself justifying your partner's behaviors and making excuses for them.
As time passes, many victims lose their self esteem and start to question or blame themselves for all of the problems within the relationship.

Domestic violence victims start to cower in other areas of their life, backing down from any sort of conflict.

Rather than speaking your truth, you keep quiet to keep the peace. Perhaps it's a habit from your relationship, or maybe you're just too tired to speak up after so much conflict at home.

Asserting your needs and desires often begins to feel like a battle zone as it becomes easier to just accommodate instead of worrying about an eruption.

If you grew up in an emotionally disruptive household you may not be able to identify what you're feeling, or what you even need or want.

Children living with volatile parents learn to put their parent first and caretake. If children aren't taught good boundaries, they are taught to disregard their own needs, and often grow up ignoring even having any.

Do you put yourself in dangerous situations such as aggressive driving with your partner yet stay quiet so you don't set them off into a rage?

Are you exhausted most of the time?

Are you starting to have a hard time making decisions for yourself and find your general thinking cloudy? Do you question yourself more than you trust your own knowing?

Do you find yourself having sex when you don't want it on a regular basis to just keep the peace?

Any time you find yourself doing what you really don't want to do- just to keep the peace - is a sign that you're giving your power away.

Do you find yourself breaking up and then getting back together, often forgiving bad behaviors, giving them another chance and believing empty promises that never come true?

Unfortunately history tends to repeat itself. If you're situation isn't getting any better, chances are tomorrow will continue to equal today.

When children from violent childhoods can't escape the angry parent, so they learn to justify bad behaviors, blame themselves, and then hope unrealistically that the parent can and will change. This cycle becomes learned and unconscious.

True love is a give and take scenario. Sure at times you may do things you don't really want to do for your partner's sake, but there's a difference between compromise and resignation of power.

Real love between two healthy adults respects boundaries, shares the burden of blame when things go wrong, and works to find a way to work things out without verbal abuse or rage.

Once you see it, and really get it, you'll look backwards and forwards with such clarity that you'll never miss the signs again.

You'll vibrate at a different frequency and clarity moves back through your past and into your future with lightening speed. You'll recognize the signs you once ignored, and see the patterns you participated in.

Ah-ha moments as you realize what you've endured, where you came from, how these habits formed, and how you will be treated in the future. come frequently and with crystal clarity.

You are stronger and smarter and able to lend a hand to those around you who may be in this situation.

One by one we wake up, say no, and walk away forever.

--Adapted with permission from Daily Transformations