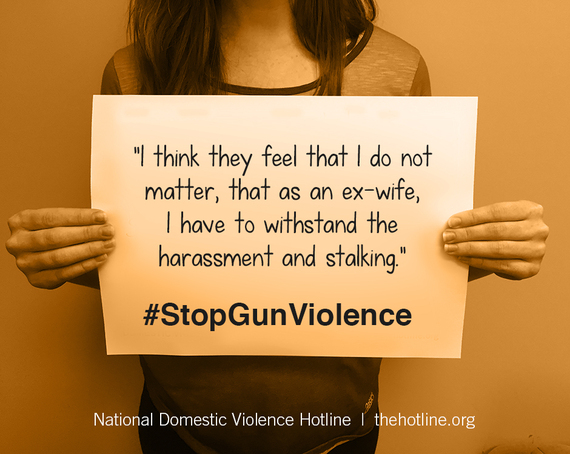 When is it appropriate to use domestic violence as a metaphor in politics? The answer: NEVER.

Unfortunately, some members of Louisiana's political community engaged in the gubernatorial race don't seem to know the correct answer, and it's time that they learned it. Scoring political points by using an analogy that belittles the agony of domestic violence survivors is unworthy of any politician.

This analogy is damaging to millions of people who experience domestic violence in the US each year. To flippantly compare a campaign endorsement to an act of domestic terrorism ignores the tragedy of such victimization. For a victim of domestic violence, the threat of dying from firearms violence at the hands of an abuser is a terrible reality.

A recent survey conducted by the National Domestic Violence Hotline (The Hotline) of people who contacted the organization found that 67 percent of the respondents believed that their abusers were capable of killing them. Ten percent reported that their abusers had actually fired a gun at them during an argument. You can imagine how these respondents would feel hearing a politician use the terror of their situation as an inept political metaphor.

Domestic violence abusers do not act impulsively; each one engages in a long history of abusive actions against an intimate partner. Each act is meant to undermine the victim's sense of safety and even sanity until the abuser has controlled or coerced the victim into submission. The acts that abusers engage in encompass some of the most serious crimes on the books: attempted homicide, rape, arson, strangulation, aggravated assault, threats with a deadly weapon and kidnapping. Abusers do not undertake these criminal acts lightly, and victims of these crimes suffer greatly.

Some of the people in the lieutenant governor's party may not respect his choice to support a candidate from the rival party. They are entitled to that opinion. But, they are not entitled to belittle the suffering of victims of domestic violence by equating a political choice with one of the most horrendous acts that can be committed by one intimate partner against another.