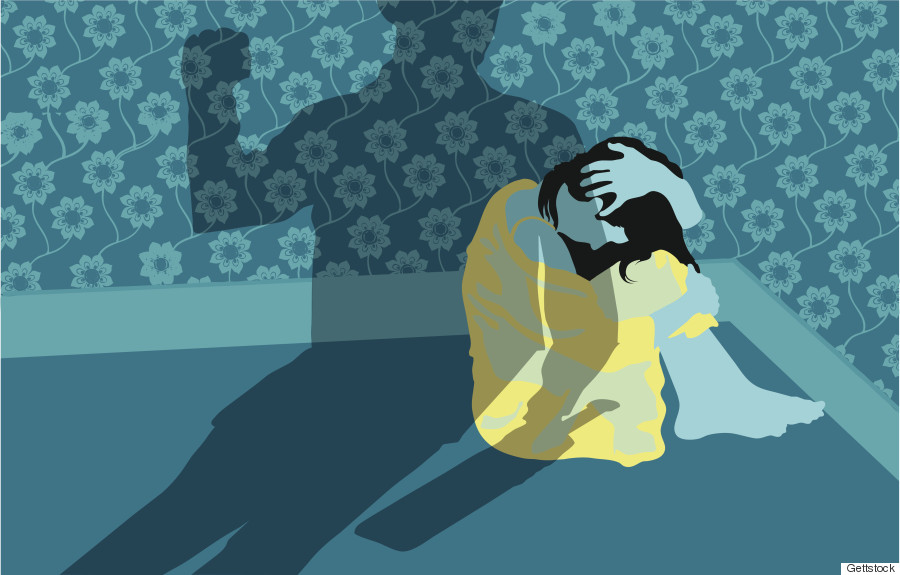 Thirty years ago, Kerri Walker, now a coordinator for a domestic violence shelter in Phoenix, found herself inexplicably driving down the left side of the road into oncoming traffic. “It felt totally normal,” she said, recalling how she was oblivious to the danger. Walker escaped an accident that day, but looking back now, it was the first clue she had an undiagnosed brain injury.

At the time, Walker, 51, was in the throes of an abusive relationship, she said. She estimated that over a 2 1/2-year period, she was hit in the head around 15 times -- once with a gun -- and violently shaken.

“I had major headaches, and every now and then I would have these moments when I would get dizzy and disoriented,” Walker said. But she didn't connect her symptoms to the assaults until a year later, when a doctor at Geauga Medical Center in Ohio diagnosed her with traumatic brain injury, or TBI. “When you are in a relationship with that much trauma and violence, you don’t know what’s physical or what’s emotional or mental,” she said.

Soldiers returning from war and athletes are regularly diagnosed with TBI -- a complex brain injury caused by a blow or a jolt to the head -- and many subsequently receive support and services for the condition.

But domestic violence survivors have been largely left out of the picture.

On Tuesday, the Sojourner Center, one of the largest U.S. domestic violence shelters and where Walker works in Phoenix, is taking a big step to change that. The center, along with TBI experts at local hospitals and medical institutions, is launching an ambitious program dedicated to the study of TBI in women and children living with domestic violence.

“These women are falling through the cracks,” said Maria E. Garay, the CEO of Sojourner Center who is spearheading the initiative. “This is a public health epidemic. The fact that no one is tracking this is, to me, a crime.”

Robert Knechtel, the interim director of the BRAIN program, said there is a lack of comprehensive research on TBI in domestic violence survivors. “Most of the work has been done with athletes or the military,” he said. “This is a group that, by extrapolating some numbers, would dwarf the military and the athletes combined.”

The first question they hope to answer is what percentage of domestic violence survivors are suffering from TBI caused by domestic violence. By screening women and children at Sojourner -- about 9,000 people are seen at the shelter annually, Knechtel said -- they hope to develop an accurate estimate.

According to a rough calculation by Hirsch Handmaker, a radiologist working with Sojourner and CEO of a nonprofit raising awareness of concussions, as many as 20 million women each year could have TBI caused by domestic violence. If that number bears out, it would mean 6 percent of the population experiences domestic violence-related TBI each year.

Compare that with the Centers for Disease Control and Prevention's estimate that 1.7 million people experience TBI every year, and 2 percent of the population, or 5.3 million Americans, are living with a disability caused by it.

“It’s obvious -- if someone is a victim of domestic violence, they are going to have a high propensity for head injuries,” Handmaker said. 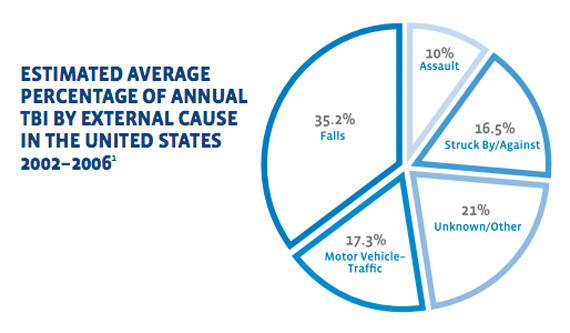 Graphic from the United States Centers for Disease Control and Prevention.

Symptoms of TBI range in severity, depending where they occur in the brain and how much damage has occurred over time. They include headaches, double vision, imbalance and decreased motor ability, as well as problems with memory, planning and learning, aggression, irritability and depression. Doctors say it’s important to get a diagnosis early so that testing and treatment can begin.

Garay, the CEO of Sojourner, said that despite the increased likelihood that a domestic violence survivor has a history of head injury, it’s not standard practice for shelters to screen for TBI. “We are not asking questions and we are not providing treatment,” she said.

One goal of the Sojourner program is to develop a screening tool that can be used by non-medical staff, such as social workers and shelter employees.

Jonathan Lifshitz, a neuroscientist at Phoenix Children’s Hospital who is working with Sojourner, said the program will start by using tools already developed for the military and athletes. “We don’t know what tests will be the most effective in this particular population,” Lifshitz said. “The BRAIN program is going to provide the evidence necessary to change practice in this field.”

Kim Gandy, president of the National Network To End Domestic Violence, said undiagnosed TBI may play a role in some women being unable to leave an abusive relationship.

“Having a brain injury makes it a lot harder for her to get a job and support herself and her kids,” Gandy said. Some symptoms of TBI, such as problems with memory and irritability, may disadvantage a woman if she takes legal actions to protect herself. “She may have more difficulty making her case to the judge, to a police officer, getting a restraining order,” Gandy said, explaining that women with TBI may appear uncooperative or unreliable in court.

While Gandy acknowledged that brain injury is a significant and under-explored issue for domestic violence survivors, she cautioned that a push to diagnose may have unintended consequences. “It could be used against the women in custody battles, or in a variety of ways,” she said. “It’s a very realistic concern.”

Chris Nowinski, executive director of the Sports Legacy Institute, said a TBI diagnosis can have repercussions for athletes as well. "There are instances of athletes who are diagnosed with two concussions in one NFL season who get tagged as a ‘concussion case' and are never signed again by another team," he said.

But for the patient, Nowinski said, there are tremendous benefits to having a brain injury diagnosed. "Rehabilitation, treatment and simply an understanding of why you've changed," he said. "The vast majority of people can overcome a brain injury and return to a normal level of functioning." 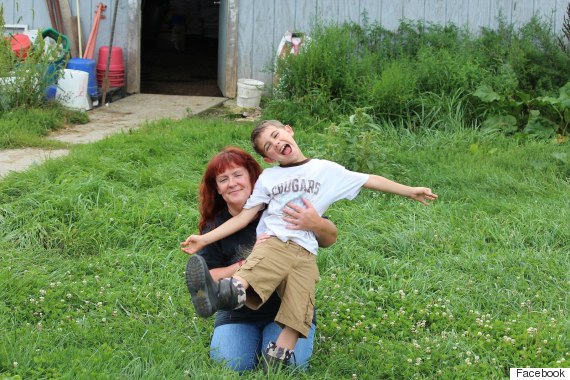 For Kerri Walker, a TBI diagnosis meant she finally had an explanation for all her cognitive issues. “The one thing that abusers tell us over and over is that we are stupid,” she said. “The relief factor for so many women is going to be unmeasurable.”

It’s taken her a long time -- and a lot of work -- to adjust to a life with brain injury.

Four months after Walker left her abusive partner, she said, a brain aneurysm ruptured, requiring surgery. Since then, she’s spent years learning how to live with -- and accept -- the effects of cumulative brain injuries.

"It’s changed me for the rest of my life," Walker said. "My short-term memory is shot. I’ll be writing and I’ll mix up letters. All of a sudden, I’ll write an E backwards. I had to find a new normal for myself.”

If you are a domestic violence survivor with TBI and want to share your story, email reporter Melissa Jeltsen at melissa.jeltsen@huffingtonpost.com.