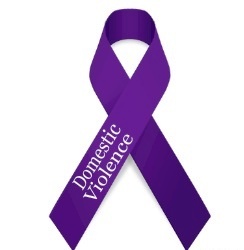 Where is the outcry from our leading domestic violence organizations in the wake of the latest Ray Rice elevator video, wherein he punches his fiance in the face? The video clearly shows the NFL standout, Ray Rice, pushing his then-fiance, now wife, Janay Palmer, then knocking her unconscious and dragging her out of the elevator.

Why don't the numerous, well-recognized, domestic violence organizations open their mouths or craft passionate op-ed articles condemning an abuser, his enablers and his employer, especially when the domestic violence story is leading the news. In fact, when the first video surfaced, where Rice was seen pulling his unconscious fiance off of the elevator, there was NO OUTCRY from any of the prominent organizations.

I went on national television to discuss my disdain for Rice's conduct and stated that his callous demeanor was indicative of his past abuse. I am the national spokesperson for Safe Passages (an organization that assists survivors of domestic violence in getting back on their feet and back to work). I wrote, tweeted and emailed many people to leverage this unfortunate opportunity to teach about domestic violence and its deadly consequences. Still, I am only one person. I would like to think my recognition as a television personality (a pseudo-celebrity) can make a huge impact. The reality is I'm no Oprah Winfrey (yet). I don't have the fan base, platform, relationships, or history to encourage people to take notice, just because I declare this is an important issue.

Domestic violence organizations and advocates must steal a few pages from other activist groups: If there is an issue where an injustice or crime is alleged against someone from the gay community, within hours of it being "news," there is a call for action and a very strong admonishment from GLAAD (Gay, Lesbian Alliance Against Defamation) and Human Rights Campaign (HRC); if there is alleged, abhorrent conduct resulting from racism and/or blatant discrimination, I can assure you that Reverend Al Sharpton, the National Action Network and the NAACP will unite and demand an investigation, accountability and justice; when another senseless murder occurs using a gun, whether licensed or not, the Brady Center to Prevent Gun Violence and other gun control advocacy groups flood broadcast media, social media and print media to make sure their perspective is heard.

It is unfortunate that the media only covers the issue of domestic violence when the victim or perpetrator is famous -- "but it is, what it is." Nevertheless, when domestic violence has the media's attention, that is the time for domestic violence organizations to raise their voices and profiles, to let victims learn of services offered, to garner support from the community and politicians, and to solicit funds for life-changing programs.

Consequently, there is absolutely no excuse for the silence and complacent stance taken by the largest and most visible domestic violence organizations in the wake of yet another high-profile domestic violence matter. The silence is akin to a victim who is afraid to speak out when she has the attention of the authorities. We must be the example of courage. There is a need for advocates and domestic violence organizations to galvanize and create a "watchdog" group to put pressure on law makers, police departments, judges and employers to protect victims and sufficiently penalize abusers.

Perpetrators are not really afraid of the consequences of a charge of domestic violence -- and why should they be? The "slap on wrist" punishment pales in comparison to the slaps, punches, pushes and humiliation unleashed on their victims. Perpetrators are not even embarrassed by the labeling of "domestic violence abuser." Very seldom do we hear of an executive, professional athlete, actor, or even an "everyday Joe," losing his job or being ostracized because he is characterized as an abuser.

I give speeches about domestic violence to victims and survivors. Yet, there is a need for every corporation -- small to large, civic groups and executive groups, to host seminars on domestic violence. I will gladly give speeches to professional athletes about domestic violence, and its impact on families, their children and the athlete's career. Heck, I should know. I'm the estranged wife of a former professional basketball player, abuser and ex-convict, Jayson Williams. I am a strong, reasonably intelligent, professional woman, who slept with a knife under my pillow because of the erratic and violent behavior of my husband. Still, my voice is not enough.

When swift and appropriate punishment is meted to a famous abuser, it has a positive impact on the zero tolerance attitude that must be practiced behind every closed door. We need a "watchdog" organization that will scream loud, fight hard and demand change. If and WHEN another high-profile case of domestic violence is news -- we must be the first and loudest voice shouting for the abuser to be punished. I am willing to lead the charge -- who will join me?