A Tennessee woman is posting graphic photos of her battered face online in an effort to spread awareness about domestic violence.

Angela Brower, 37, said she recently broke up with her boyfriend of six months after he became verbally and physically abusive towards her.

On May 18, he came over to retrieve his belongings. Instead, according to Brower, he attacked her -- punching her in the face so hard that she was knocked out.

"The orbital bone around my eye was completely shattered and my nose was broken on both sides and very displaced," Brower told The Huffington Post.

Brower said she regained consciousness only to find him beating her in the back of the head. After she pleaded with him to spare her life for her children, she said, he stopped, and that's when she found a chance to escape.

When Brower was released from the hospital, she took to Facebook to share photos of her severely battered face.

"Does this look like LOVE TO ANYONE OF YOU?" she wrote.

WARNING: Graphic photos below may not be appropriate for some audiences. Story continues below. 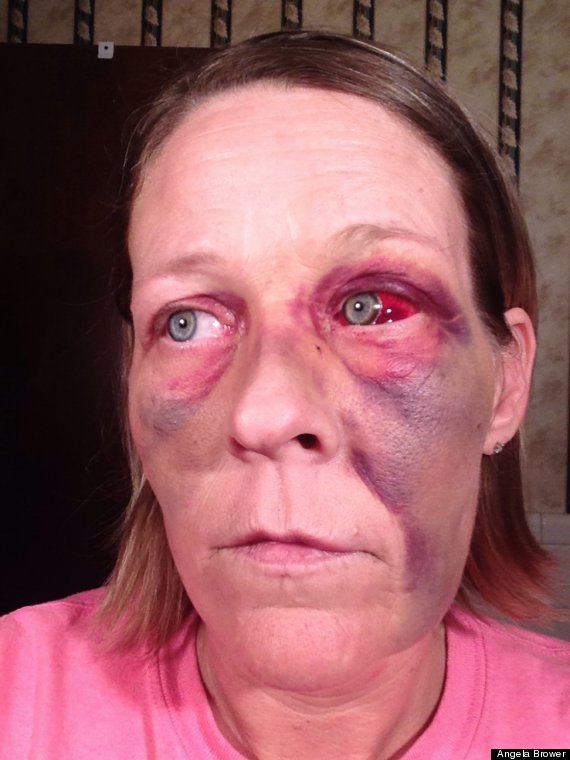 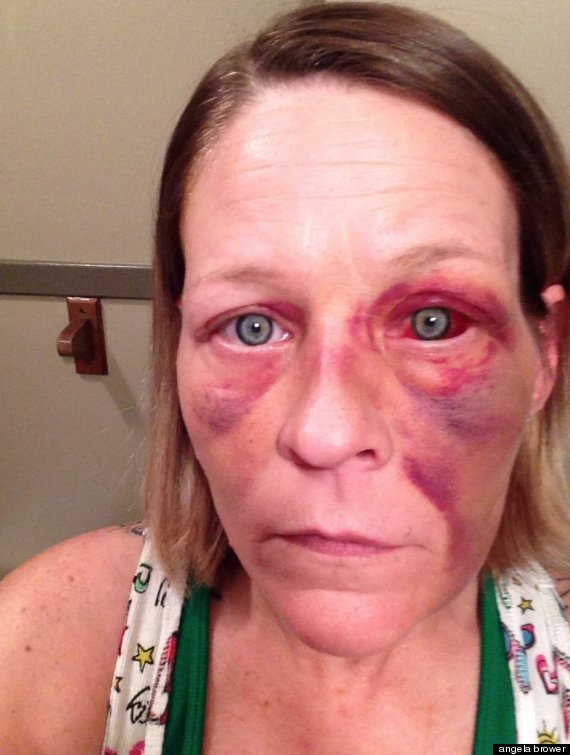 Brower said she wants other women to know the dangers of domestic abuse so they can get out of bad situations before they escalate.

"I want to raise awareness for women who are afraid and ashamed of what has been done to them," she said. "They blame themselves. I want them to know that it is not their fault."

Brower said this was the second time her ex-boyfriend hit her -- and it will be the last.

"I made a mistake and I took him back, and everything was OK for a little while," she said. "If you have never been there, you can’t understand why people go back. Women follow their heart, they love them, they want to believe them when they say they will change, they lose their friends and family and don’t feel like they have anyone."

Her ex-boyfriend has been charged with aggravated assault and is being held on $20,000 bond, according to WREG News Channel 3.

Brower has been posting photos of her recovery daily.

On May 29, she underwent surgery to remove bone fragments from her face and to place a metal ring around her eye to stop it from collapsing, according to her posts. The bottom left side of her face is still completely numb, and Brower said doctors have told her that the feeling might never return.

Brower added that she's worried about her financial security. She is a server who lives paycheck to paycheck, and she won't be able to work for the next several weeks.

"I have health insurance, but it only covers half the costs," she said. "I don’t want to lose everything I have because I fell in love with the wrong person."

Brower is trying to raise money to cover her medical bills on GoFundMe.

Since the surgery, she said she's feeling a lot better physically.

"Mentally and emotionally though, it still takes some time," she said.

Tennessee ranks as one of the worst states in the nation when it comes to domestic violence. On average, three women are killed in domestic violence incidents in the U.S. every day, according to the National Network To End Domestic Violence.