As the drought in the western United States drags on, communities have considered rules for residents' water use, and California imposed statewide restrictions last week.

A national survey on water use in the U.S. showed that residents in states that get less precipitation use a lot of water in their homes -- western states use an average of 138 gallons per capita every day, compared to 82 gallons in the midwest. According to the Environmental Protection Agency, this is mostly because of the higher amount of landscape irrigation in the west. In other words, people striving for green lawns and lush plants in dry states have to water more often that people in places with lots of rain, or risk fines in some communities. 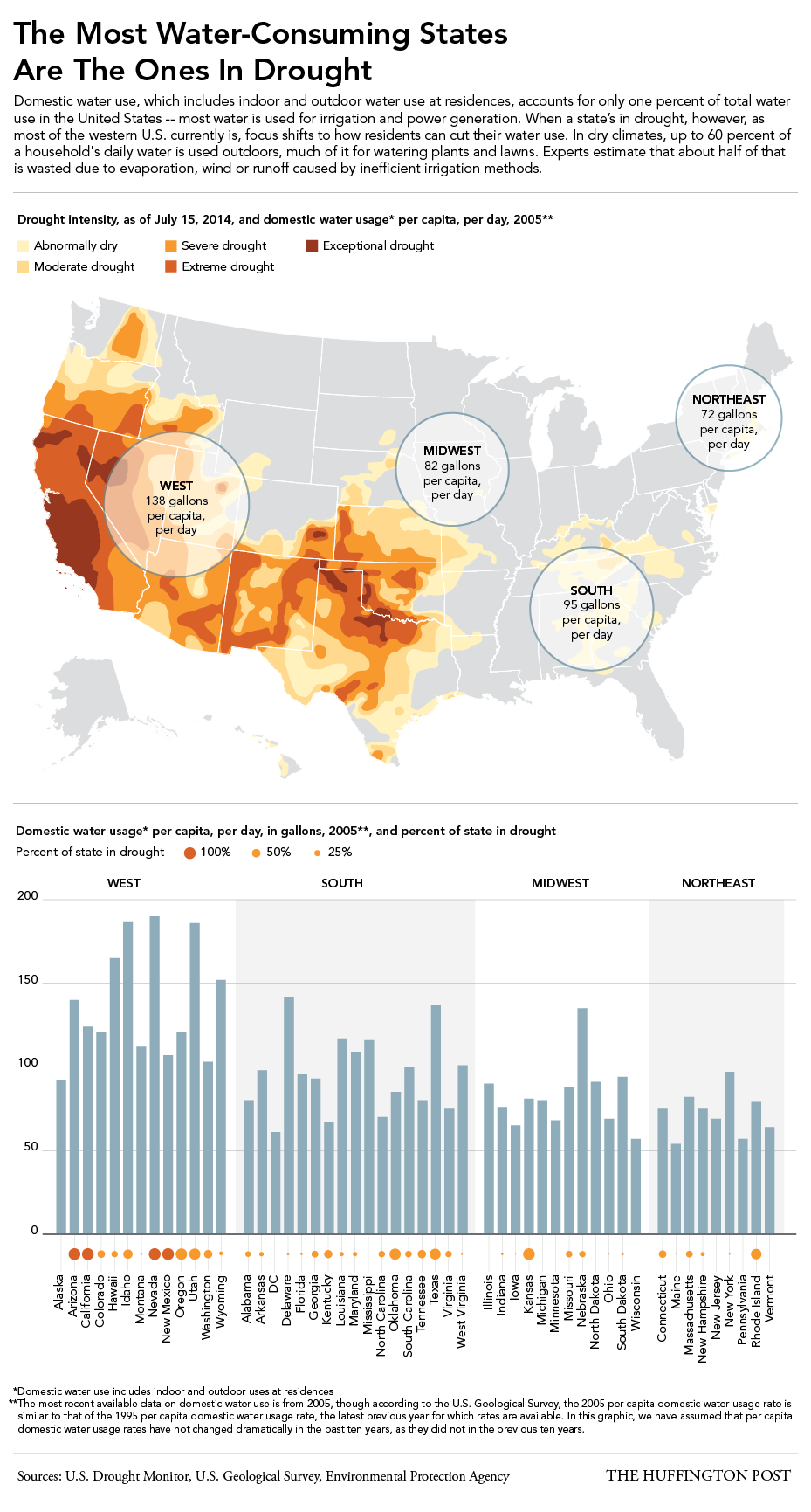 Correction: A previous version of this article misplaced Wyoming in the southern states category.