Probably few people on this planet are in a better position than Mr. Barton to talk about disruption, not only because McKinsey is known for offering advices to clients searching answers for future challenges, but also because of who he is. Mr. Barton suffered from his personal setbacks of being rejected three times before he could finally become a McKinsey partner in Toronto; he orchestrated his own career disruption to move to South Korea in 2000 when every mentor of him advised against it; after he took office as the Global Managing Director in 2009, he has to lead McKinsey out of the humiliation of insider trading scandals of its former senior partners with the daunting task of firm-wide culture change. 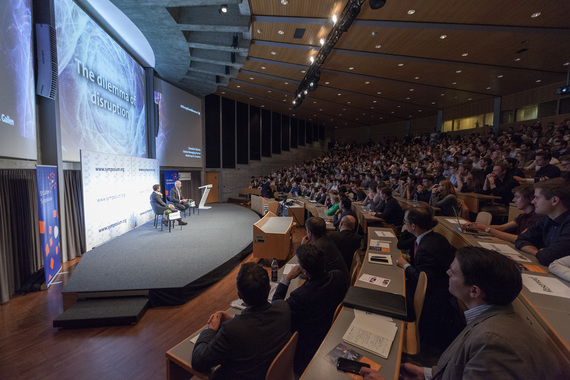 With both authenticity and humility, a rare combination nowadays among leaders, Dominic Barton shared his view on Disruption and Leadership.

In his view the disruption has always been an integral part of human history and always leads to a better way of life later. The biggest challenge of the current disruptive wave is the fast speed of change, which leaves the society little time to develop a new balanced system to prepare the people with future-oriented skills and to absorb the negative shocks of the change.

There are three types of disruption.

The first one is technological disruption, which is not only about internet, but also about material science and biological science. Nowadays, the top three companies in United States are Google, Facebook, and Apple. Compared with the top three in 1990s which were three automakers in Detroit, the Silicon Valley companies have generated the similar amount of revenue but ten-time higher market capitalization with only one tenth of employment. Clearly quite some people have been out of their jobs because of the technological change. Also the progress in biological and medical science has posed fundamental challenges for the society. Scientists have made it possible for human body to live up to 180 years, though the brain can still only live up to 110 years. The longer life expectancy will lead to explosion in human population and an aging society in the same time.

The second one is the global power shift, especially to Asia. There are three countries in Asia which deserve special attention: China, India and Indonesia. With its 250 Million population, Indonesia is going to make its name other than a sleeping giant. Africa is also a very dynamic continent with huge market potential. For example, the yearly number of babies born in Nigeria is more than all of the new-born babies in whole Europe. 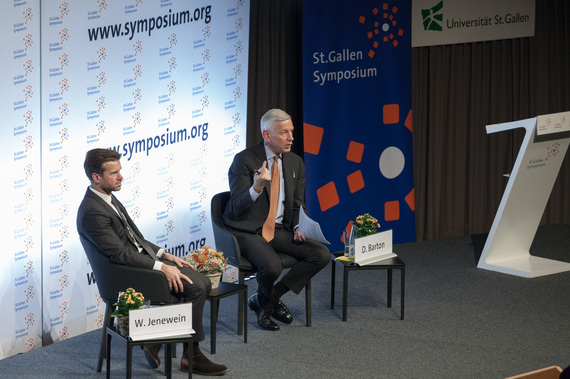 The last one is the demographic change in society. The aging population not only makes the existing social welfare system unsustainable but also harms the cohesion in the society. While the older people are generally more risk-averse than the younger ones, they also tend to vote for more conservative policies against change. As reflected in the 2016 U.S. Presidential election and the Brexit, older people seem to favor populism and nationalism respectively, feeling more pains than gains in the process of globalization and uneven distribution of wealth. Because of the increasing number of elderly people in the society, by one-man-one-vote mechanism in the democracy we may ultimately have to face a situation in which the conservative and protective thinking will dominate the direction of the whole society. A relevant question to ask then is whether we should consider assigning more weight to the voice of the younger people to make sure we are oriented more towards the future? The answer is yet to be found. 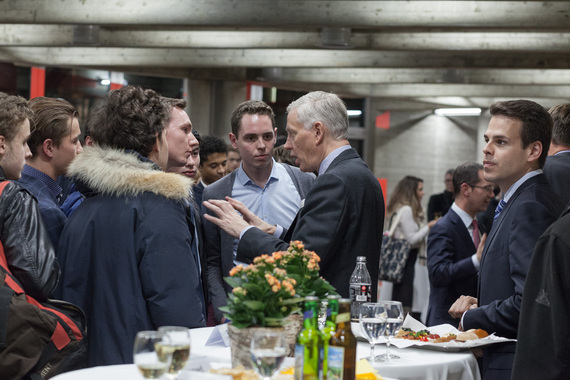 As controversial as it may seem, disruption is actually quite normal and beneficial, according to Mr. Barton. Nevertheless, disruption is about exclusion. By definition, disruption is about defining new rules in the society and redistributing resources and wealth among people. In contrast, stability is about inclusion, i.e., taking care of the broadest interests to achieve cohesion among people. Mr. Barton gave a two-fold recipe for coping with technological and demographic disruptions: firstly through education and training to upgrade the necessary skill-sets not only for the young and privileged few, but also for people with less resources to adapt; secondly rebuild a viable social net so that people who cannot cope with the changes may still keep their hopes for a decent life. In the end, winners are welcome to take more, but not allowed to take all. As an effort to increase its touch with the broader base, McKinsey aims to expand its talent pool by recruiting some candidates without university degree as well as older candidates with experience in addition to recruitment of university graduates with top academic performance.

As for the global power shift, people are encouraged to know more about the dynamics in Asia by travelling, studying or working for some time there, if not living there. Meanwhile, the St. Gallen Symposium believes how the power shifts from older generations to the next ones will also largely define the future landscape in politics, business and civil society. Since 1970, it has been facilitating cross-generational exchange between Leaders of Today and Tomorrow. Readers are invited to follow and contribute to the debates on the #disruptiondilemma at www.symposium.org/digitalsymposium.

Watch Barton's take on disruption and leadership at the St. Gallen Symposium event, held on 23 November 2016 at the University of St. Gallen, Switzerland, here: