Lennox Linton is the Leader of the Opposition in the Commonwealth of Dominica, an independent island-state in the Caribbean with just 72,000 inhabitants (not to be confused with the far larger Dominican Republic). A former journalist, the head of the United Workers Party is noted for his vocal criticism of the government, which he frequently accuses of corruption.

Like several other countries in the region, Dominica runs an economic citizenship programme enabling foreigners to acquire citizenship of the island and the passport to go with it by paying money into a state fund or making a sizeable real estate investment. The country's passport policies have in the past occasionally raised eyebrows abroad - and are currently a hot topic in Dominica's highly polarized domestic politics. 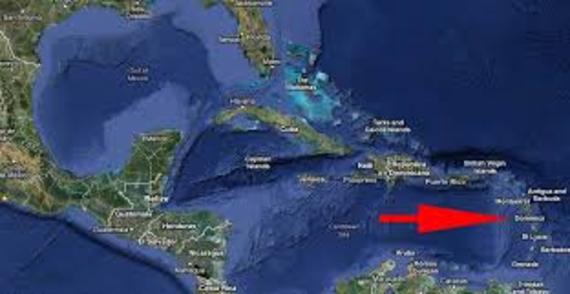 I spoke with Lennox Linton about his repeated allegations that senior government officials are corruptly selling passports to criminals, about who is to blame for his country's lack of Freedom of Information legislation, and about what changes he would make if his party came into power. Note that I did not fact check any claims made by Lennox Linton during this interview; all facts and opinions reproduced here are his own.

Q: As Leader of the Opposition, you've frequently and vocally criticized your country's "Citizenship by Investment" programme. Why?

There's a complete lack of accountability. How many people are getting our passports? What money is flowing? We've not seen those numbers. For example, for the 2014-15 budget, the government forecast an income from the Citizenship by Investment programme of EC$80 million, but then it said it only received EC$25million. So why are they forecasting an income of EC$70 for the current [financial] year? [Note: One EC$ or East Caribbean Dollar equals approximately 0.37 US dollars.]

Now there's the new [investment] programme, which is mainly hotels. In the 1990s, we had the Layou River Hotel project, which was similar. Some people, mainly foreigners, made millions and millions, but there still is no hotel, and no jobs were created. 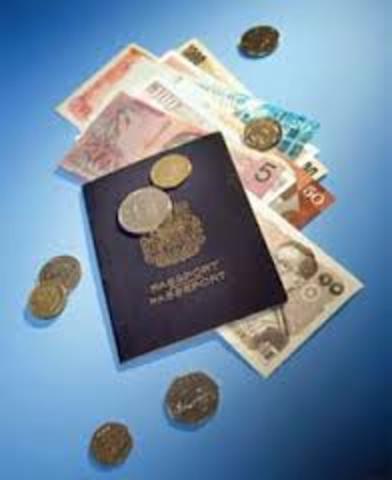 Q: Why this focus on diplomatic passports?

The diplomatic passport selling business is different from the Citizenship by Investment programme. This money is not going into the treasury, it's going into the pockets of corrupt officials. People are purchasing [diplomatic] passports and diplomatic immunity. Alison [disgraced former Nigerian oil minister Diezani Alison-Madueke] bought a diplomatic passport and bought a position. She's done nothing with that position [of "Trade and Investment Commissioner for Dominica"] that I'm aware of, we didn't even know about this until five months later [when police in London arrested her]. It was the same with [Francesco] Corallo in Italy, when police came to arrest him, he claimed diplomatic immunity. We only ever learn about who gets our diplomatic passports afterwards, through Google.

The evidence is clear as daylight that our government has been selling diplomatic passports to crooks and criminals. Q: I haven't seen any evidence yet. Where is the evidence that money changed hands?

Alison [Diezani Alison-Madueke] wound up with a diplomatic passport within six days of meeting [the Prime Minister of Dominica, Roosevelt] Skerrit. The police found millions in cash in Alison's house. [Embattled Macau billionaire Ng] Lap Seng said in a U.S. court that he got a diplomatic passport because he had promised to invest twenty million dollars in Dominica. The evidence is circumstantial. Q: Speaking of evidence, the last thing I heard, [UWP member] Thomson Fontaine and the government were taking each other to court over his allegation that suspected terrorist mastermind Dawood Ibrahim had acquired a Dominican passport. Since then, nothing. What's happening there?

The government don't want this court case to move forward. They have too much to hide.

Q: But where is the evidence that Dawood Ibrahim got a Dominican passport?

My understanding is that Thomson Fontaine received a tip-off.

Q: Back to the economic citizenship programme. Where do you see the problems? There are multiple problems with the Citizenship by Investment programme: a lack of disclosures, the use of agents, the due diligence. A lot of people who have never even been to Dominica wind up with our passports. We don't see the benefits. Is there something we can show for this?

My impression with the due diligence is that they [the government] get what they pay for. For example, an Indian lawyer appeared in Dominica some years ago, the due diligence had missed that he had a case pending in court in the town in India in which he was domiciled.

This needs to stop. The government needs to disclose who gets Dominican passports. You cannot run a programme like that, where you are not publishing that data year by year. We don't have that information, it should be available.

Q: Dominica's Citizenship by Investment programme has been running since 1993. When your United Workers' Party was in power during 1995-2000, was that information being published?

I'm not sure, I have to check that.

Q: A cynic might say that while your party was in power, it failed to pass Freedom of Information legislation, and now that it's in opposition, it complains that it cannot get access to information...

I can't vouch that that information was available under the last UWP government. The government before us was in power for 15 years, we were in power for just four and a half years. The current government took four years to set up an integrity commission and then spent the next five years delaying and undermining it, and just now they've amended that legislation to protect two individuals close to the government.

Q: Still, four and a half years in power seems long enough to pass a Freedom of Information law.

Q: Regarding the economic citizenship programme, what exactly are your demands of the government?

We are calling for the programme to be purged of corruption, to be made transparent. The programme is so riddled with corruption, there is so much secrecy around it, what are they hiding? Q: So if one day you become Dominica's prime minister, you will not abolish the programme?

In principle, I support the Citizenship by Investment programme. I'd like to see it used to expand the talent pool for Dominica so we see more investment. Right now, we see citizens but no investment. The government has never assembled these new citizens in a conference and asked them to invest in Dominica. Instead, the investment is always on account of Kempinski [hotels], Hilton, or whatever.

Q: So if you get into power, will you scrap the current option under which somebody can become a Dominican citizen by making a payment straight into the state budget? My preference would be for economic citizens who invest in individual projects.

Q: Would you abolish that option, or not?

I've got no objection to citizenship for contributing for development objectives, for example the construction of a school or hospital.

Q: If you get into power, would your government re-examine the passports granted by the current government, and revoke those of individuals who fail to pass the renewed due diligence process?

Note: I am currently working on articles related to economic citizenship programmes in the Caribbean for several international media outlets. Keep an eye on this blog for more interviews - and maybe a surprise or two - over the coming days and weeks. If you have experience of working in the sector or have yourself obtained a second citizenship in the Caribbean, and would like to share your experiences, please get in touch.