Before this week's gold-winning performance by the U.S. women's team, only one African-American female had ever earned an Olympic gold medal in gymnastics -- Dominique Dawes.

It's a fact that Dawes tearfully recalled after watching 16-year-old Gabby Douglas succeed her in the individual all-around competition Thursday, edging out the other gymnasts with a score of 62.232, and becoming the fourth American woman to ever win gold in the event.

"Us gymnasts are usually so composed," Dawes said, choking back tears in an interview with FOX Sports. "I am so thrilled for Gabby ... I'm so thrilled to change my website and take down the fact that I was the only African American with a gold medal."

Dawes nabbed the most coveted medal as a part of the famous 1996 team, along with bronze for her performance in the individual floor competition the same year.

Dawes went on to describe the anxiety she felt prior to Thursday's meet, comparing her experience as a spectator to being on the floor back in 1996.

When asked what touched her heart the most, Dawes responded that it was the generation of young kids looking up to Douglas in the same way they did with her. "That's what's so touching," she said "As I was able to help Gabby, now she's going to help a whole other generation of young girls and boys, African Americans, Hispanics, other minorities to see the sport of gymnastics as an opportunity for them to excel."

Thursday's win was a first for Douglas as well. At 16-years-old she's become the first African-American to win an Olympic all-around title. 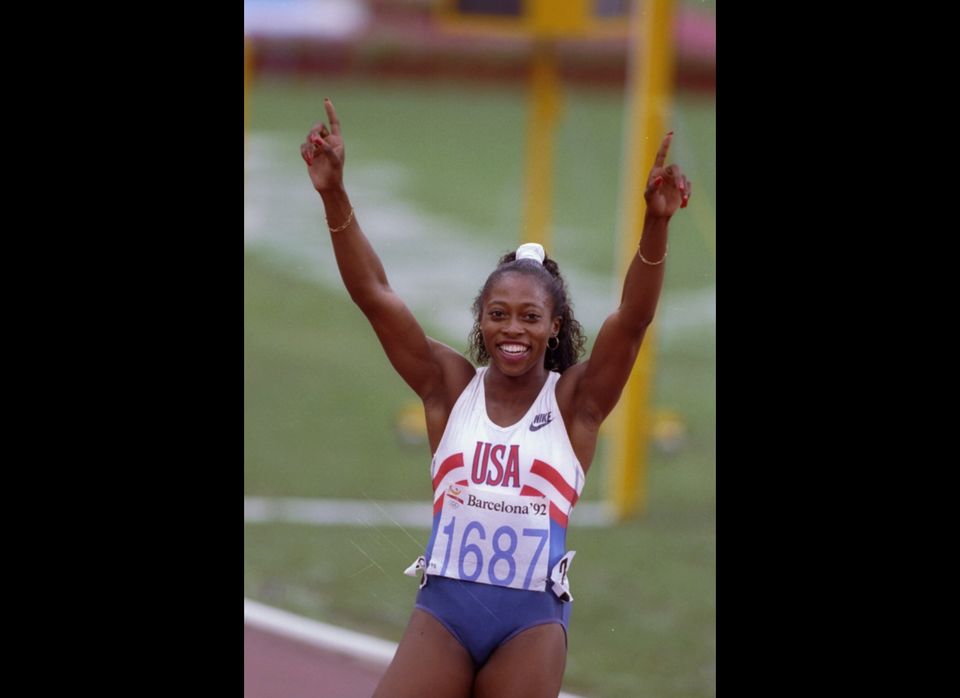 1 / 15
Gail Devers Overcomes Illness (1992)
After overcoming Graves' disease in 1990 Devers won gold with a photo finish in the 100 meter dash at the 1992 Games in Barcelona.
Getty Images