Given that he's the guy who produced Beauty and the Beast, the first animated film nominated for a Best Picture Oscar, as well as The Lion King, Don Hahn is used to getting the lion's share of the accolades.

But these days, Don is more concerned about making sure that other Mouse House veterans get their moment in the sun. Take -- for example -- Disney legend Richard M. Sherman, the surviving member of that Academy Award-winning songwriting team which provided the tunes for such memorable family films as Mary Poppins, Winnie the Pooh, The Jungle Book, and Chitty Chitty Bang Bang.

"I'd go to these Disney fan events where Richard would get up onstage and then play his songbook in front of thousands of people. And everyone would be laughing at his stories of working with Walt or crying as he plays 'Feed the Birds.' But nobody was filming it. I mean, there'd maybe be three people holding their cellphones up in an effort to capture the moment. But other than that, Richard's wonderful performance, plus all of this amazing Hollywood history, was just evaporating," Hahn recalled during a recent phone interview. 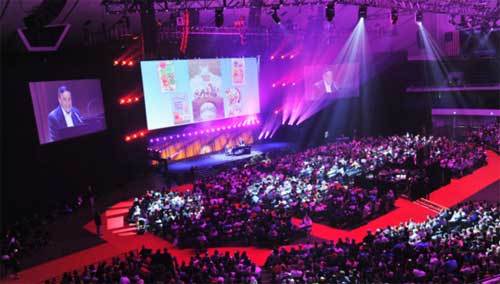 Well, Don was determined to change all that. Which is why -- this past June -- Hahn took the 87 year-old Sherman to lunch and then pitched him on the idea of performing selections from the Sherman Brothers catalog in front of some cameras.

"I didn't want to scare the poor guy off. Which is why I kept stressing to Richard that this would be a very informal production. I'd just bring him into the studio, have him sit down at a piano and then have Richard do what he already does so well at events like the D23 EXPO. Which is to not only play his songs but also provide some context. Explain why this specific song was written for that particular project," Hahn continued. "The only difference would be -- inside of performing in front of thousands of people in some concert hall or convention center -- Richard would basically be alone in a recording studio. Just him and a handful of guest stars and a couple of cameras."

Sherman initially resisted the idea. But with the help of Richard's wife Elizabeth, Don was finally able to get him to agree to the project. Which then began what Hahn calls " ... the most fabulous five or six months of my life." 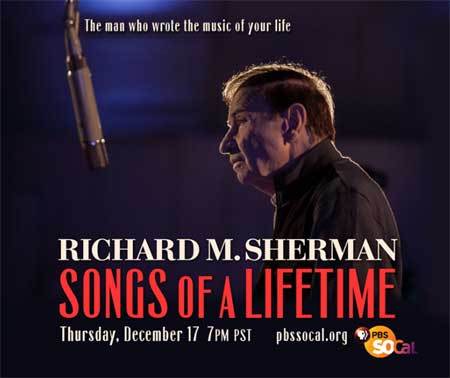 Before they actually began shooting Richard Sherman: Songs of a Lifetime (Which -- FYI -- premieres tonight on PBS SoCal at 7 p.m. PT), Don & Richard spent weeks going through the Sherman Brothers catalog. Trying to decide which tunes from what projects should be showcased in this 60 minute-long intimate concert.

"I literally printed out every song that the Sherman Brothers wrote -- which was close to 300 -- and took that huge pile of music over to his house multiple times. For a while, I was going there every Friday. And we'd sit down with Elizabeth and then methodically go through their catalog," Hahn explained. " You see, what I was trying to do here was a craft a concert where Richard wouldn't just be performing the Sherman Brothers' greatest hits but also the songs that personally meant something to he and his brother."

Take -- for explain -- "It Changes" from that 1972 animated feature, Snoopy Come Home. Without knowing what was going on behind-the-scenes with the Shermans when this song was originally written, it would be easy to think that this rueful tune was just Charlie Brown's way of expressing how sad he felt now that Snoopy had decided to go live with his previous owner. But as Richard talked with Don about "It Changes," this song's real significance eventually emerged. 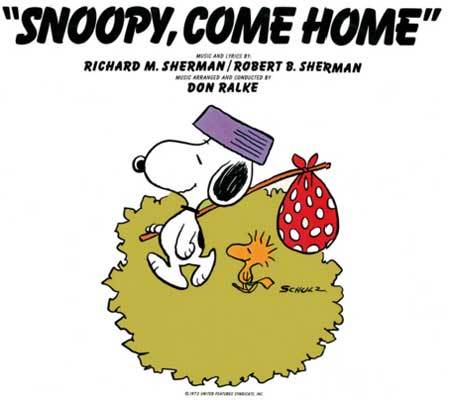 It was with "It Changes" that Richard & Robert finally dealt with what it felt like to have their longtime mentor Walt Disney die. By that I mean: Right before Walt passed in December of 1966, the Sherman Brothers had been sitting on top of the world. They had just won two Oscars for their work on 'Mary Poppins.' But within five years of his passing, Disney Studios had opted not to renew their contract with the Sherman Brothers. And Richard & Robert were suddenly being forced to leave the studio where they'd done some of their very best work, the place that they'd come to think of as their home in Hollywood, and now fend for themselves. It was a very stressful, disconcerting time for the Sherman Brothers.

"And Richard's sitting there and talking about how he & his brother Robert had really written this song because Walt had died. To express how it felt to suddenly lose your mentor. And it just happened that this hugely important personal song for the Sherman Brothers wound up in a Charlie Brown movie," Don said. "But in talking with Richard, you could see what 'It Changes' meant to him. So I asked him to sing it as part of this TV special. And Richard initially said 'No.' This song dealt with such a deeply personal, hurtful topic for he and his brother than Richard had never before performed it in public. But in the end, it was his wife Elizabeth who ultimately convinced him that this was an important song and that Richard needed to perform 'It Changes' as part of our show."

After all these months of prep, then finally came the day to shoot "Songs of a Lifetime." And given that the Sherman Brothers had added so many great musical numbers to the great American songbook ... Well, there was really only one place where Don thought it was appropriate to shoot Richard. And that was EastWest Studios on Sunset Boulevard in Hollywood. Which is this historic old recording studio where another famous purveyor of the great American songbook -- one Francis Albert Sinatra -- used to record. 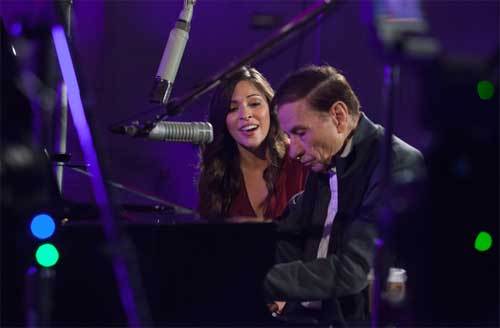 "So on October 5th of this year, we met at EastWest. And we set up four cameras and then sat Richard down at the piano. And then he played portions of the Sherman Brothers songbook. Mostly by himself. But Richard is occasionally joined by folks like Ashley Brown, who played Mary Poppins on Broadway, and Juliana Hansen, who plays Jasmine in the Aladdin stage show at Disney's California Adventure, and Wesley Alfvin, who brings along the other members of the Dapper Dans from Disneyland. And the end result was this flat-out magical experience where Richard really does perform the songs of our lifetime. The songs we all grew up," Don enthused.

And speaking of growing up, you know what most impressed Don Hahn about Richard Sherman. It's that this 87 year-old has somehow managed to grow up without ever growing old.

"As you watch this show, you can see why Walt Disney just loved this guy. Richard's so full of energy. His stories are great. And we finally have it on film for the whole world to see," Hahn concluded.

Richard Sherman: Songs of a Lifetime Preview Trailer from Don Hahn on Vimeo.

Richard Sherman: Songs of a Lifetime airs on PBS SoCal this evening at 7 p.m. PT. Look for other PBS stations to air this Don Hahn production in 2016.