Note: The following images may not be suitable for work environments. Be warned, things get beautifully weird.

Brooklyn-based artist Don Pablo Pedro began creating his work while bedridden, recovering from his inguinal orchiectomy -- i.e., the removal of his left testicle. We're guessing the experience informed his output in some (not so subtle) ways, the mix of physical transformation, sexuality, alchemy, pain and identity all playing into his singular style. 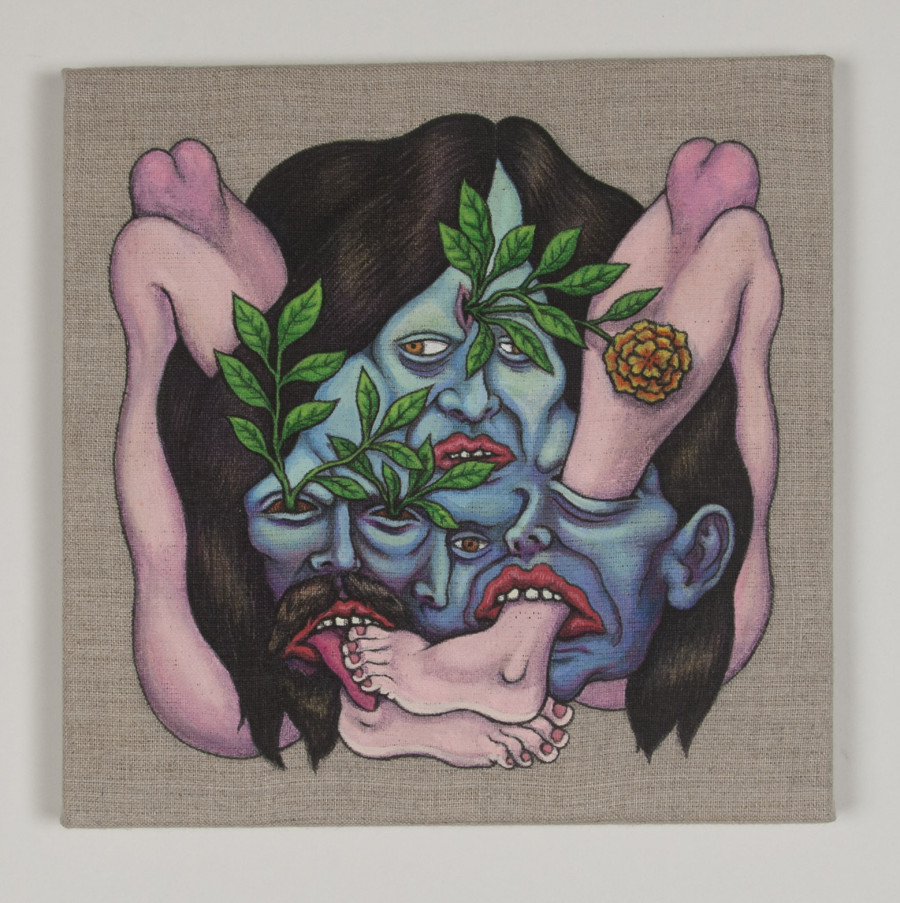 Pedro originally used his hospital bedsheets as canvases, adorning them with watercolor and acrylics. After his hospital stay was completed, he turned to muslin, a cloth most commonly used for clothing mockups, with a similar texture to sheets. These days, Pedro is experimenting with linen as the base for his thangka-style works, like Buddhist scenes on (a rather surreal) spring break.

His colorful artworks depict both masculine and feminine figures -- many of which highly resemble the artist himself -- caught in an endless string of monstrous, orgiastic positions. Feet spring from eye sockets and burst into mouths, a penis burrows out of a forehead and a woman's face emerges shyly from a hefty beard. The characters take part in a chaotic spree, positioned inside a nightmarish allegorical painting depicting more of a love decagon than a love triangle. 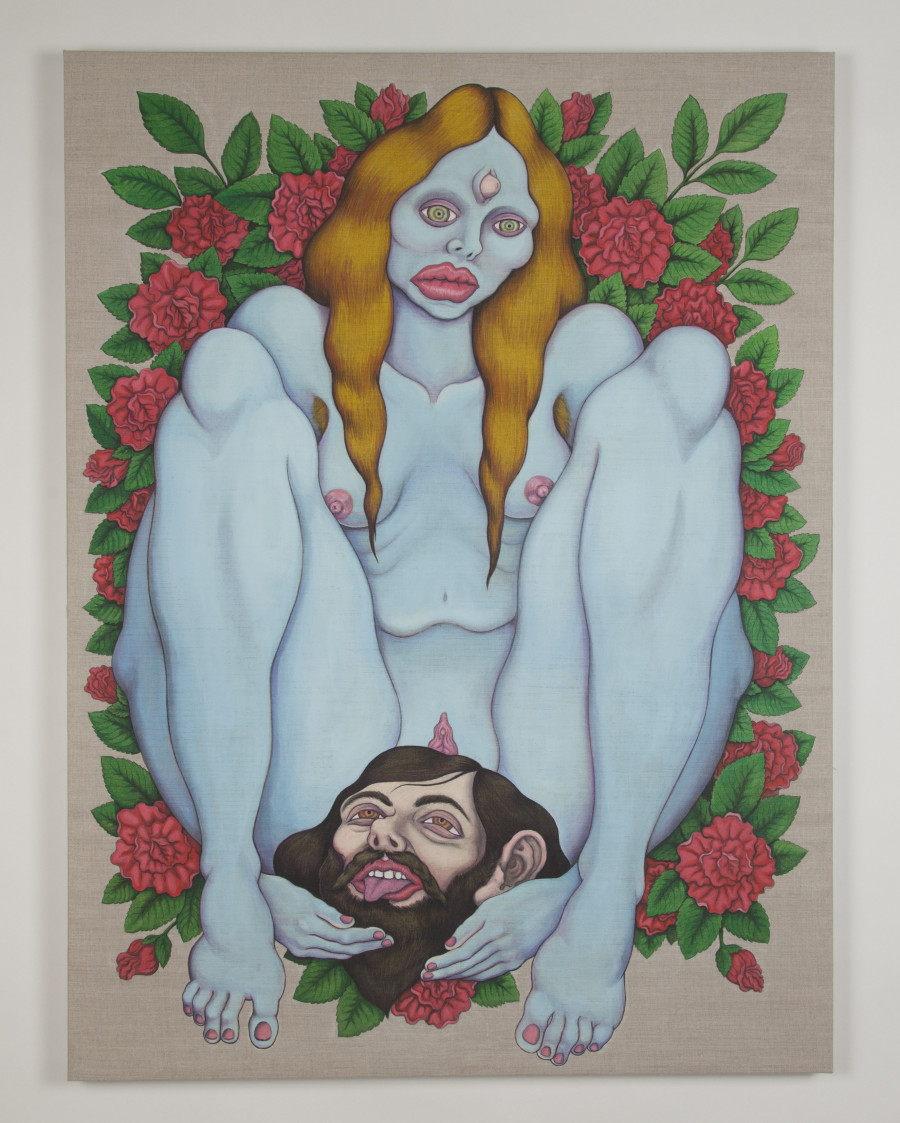 Pedro weaves relationship narratives into his artworks, addressing both particular successes and failures and the wider theatrics involved in dating. Through his contorted cast of people, Pedro visualizes the contrast between our ugly inner self-loathing and the sunny personas we project at all costs. The images pin one's exterior masquerade against the demons lurking within, staging an individual battle that's at once horrifying, titillating and altogether impossible to look away from.

See the obscene smorgasbord in full below and let us know your thoughts in the comments.