This is the first in a series of posts exploring some of the things that must change in government and society to fix America, including the deep divisions that have become an open wound. 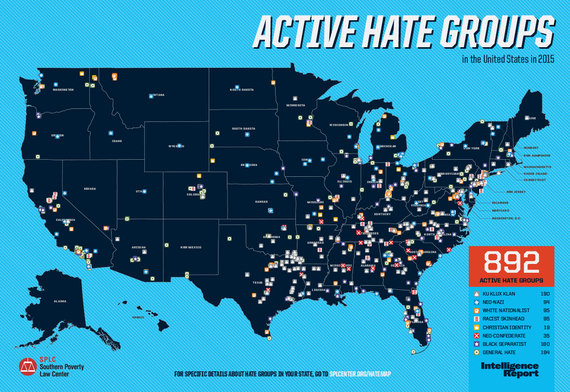 With all the soul-searching and post-game analysis underway in the aftermath of this year's presidential election, one thing already is clear: Our Republic needs serious repairs. The signs were apparent well before Donald Trump won the election on a platform that included unapologetic bigotry. We should ask, for example, why we needed to be reminded that Black lives matter.

Of all the problems pointed out and all the fixes promised by political candidates this year, job number one should be dealing with hate. It's one thing for people to have different political opinions. It's another for us to disagree, sometimes violently, about human dignity, basic decency, and what America stands for. It's difficult to imagine that we can solve our other big problems unless we fix this one

In one way of looking at it, Donald Trump did us a service by ripping the bandaid off deep wounds we didn't want to look at or even admit we had. He liberated misogyny, paranoia, wild conspiracy theories, racism and tribalism from political correctness. That ended polite conversation as well as any illusion that America is a nation of pure values and virtues, a shining city on the hill.

As I said, hate is nothing new. To greater or lesser degrees, it always has resided in the seamy underbelly of American society. The election of our first black president eight years ago was celebrated as an affirmation that we had finally outgrown racism. But Barack Obama has been the most threatened president in our history, the target of more than 30 potential death threats a day. During his two terms, the rate of presidential threats has increased 400%. One of the remarkable achievements of his presidency is the grace that he and his family have shown throughout.

Earlier this week, the FBI released its numbers on hate crimes in 2015. There were more than 5,800, up 6% from 2014. Attacks against American Muslims jumped nearly 70% compared to 2014. The Southern Poverty Law Center, which tracks these things, counted nearly 900 active hate groups in the United States last year, about 100 more than the year before. Hate crimes reportedly have spiked since Donald Trump's election. The New York Times cites "an alarming rise in some types of crimes tied to the vitriol of this year's presidential campaign..."

These data only scratch the surface. They include assaults, arsons, bombings, physical threats and property destruction; they do not include insults, intimidation, slurs, public demonstrations, ostracization, bullying and many other hateful incidents that are unreported because they stop short of breaking the law.

We should not be surprised that people have taken to the streets to declare that Trump is not their president. Neither should Trump. As commentator Van Jones pointed out during a post-election panel discussion, Trump was "one of the most explosively provocative candidates in the history of our country and there's a price to be paid for that."

The question now is whether President Trump will "bind the wounds of division", as he put it in his victory speech. "I pledge to every citizen of our land," he said, "that I will be president for all Americans, and this is so important to me." During his interview on 60 Minutes last Sunday, Lesley Stahl prodded Trump to comment on the reports that some of his supporters were harassing and threatening African Americans, Latinos and Muslims. He responded "I would say don't do it, that's terrible, 'cause I'm gonna bring this country together." The next day he announced that his top advisor in the White House will be Stephen Bannon.

It probably is unreasonable to expect that one person, even the President of the United States, can heal wounds that have festered for so long. On the other hand, it was one man, Trump, who opened the wounds again. His mission now is not to rebind the wounds; it's to heal them.

If he's serious about healing, he can start by banishing Bannon. He can forcefully condemn the state rules designed to make it harder for some groups to vote. He can make sure his senior appointments reflect the changing demographics of our country. He can nominate a Supreme Court Justice who stands firm for social justice. He can meet in the White House with leaders of the African American, Native American, Hispanic, Asian, and Muslim communities for their insights into addressing the ugliness the campaign exposed. He can order his Attorney General to fully prosecute hate crimes.

Most importantly, he can champion the rights and opportunities of the disaffected, disillusioned and disenfranchised members of our society, from the aforementioned minorities to the white middle class Americans who feel the opportunity society does not include them, rural Americans who have lived their entire lives in the "economically depressed" parts of the country, and immigrants encountering the same kind of discrimination that every new group of immigrants has experienced during our history.

There is a lot of work to be done. Whether it gets done depends in large part on the example set by the leader of our country. It won't be long before we know whether he really wants to do it.