Just for beginners, the president gets advance access to the monthly jobs numbers and the quarterly GDP report. Suppose Trump finds out that the job growth in March is far weaker than the markets expected or that GDP growth for the first quarter of 2017 is surprisingly strong.

These reports would have a huge effect on the stock and bond markets. Trump could make a fortune by making highly leveraged bets just before the government reports are officially released. Or, if he doesn't want to make the trades himself, he can pass the information along to Vincent Viola, his designee for secretary of the army, who became a billionaire running a high-frequency trading company. Apparently Viola plans to maintain a stake in his company even after he enters the government.

This is just the beginning of ways in which Trump and his top appointees can personally profit from their positions in government. We have already heard accounts of foreign diplomats changing their reservations so they can stay at Trump's new hotel in Washington. And it seems likely that foreign leaders will be more generous in considering licensing requests from Trump-owned properties throughout the world.

And a good businessman is likely to know that little favors can go a long way. If Trump were to support Turkey's president, Recep Tayyip Erdoğan, in his crackdown on the country's Kurdish population, it may lead to large payoff for Trump-owned properties in Turkey. The same would apply to the dozens of other countries in which Trump has a direct business stake.

Does the public have any reason to believe that Trump will not conduct foreign and domestic policy so as to maximize the returns to the Trump Organization? Has Trump given us any reason to believe that he will resist the temptation to profit from his position as president? The fact that he can't keep himself from tweeting bizarre and absurd claims at all hours of the night does not give confidence in his self-restraint.

More importantly, this is not a Trump-specific issue. Every president in the last 50 years has put his money in a blind trust. Ronald Reagan and both Bushes didn't ask the public to trust them. They put their money in a blind trust. The same was true of Lyndon Johnson, Jimmy Carter and Bill Clinton. Barack Obama put his family's modest assets in Treasury bonds, which is also a fine option for avoiding conflicts of interest in the White House.

Divesting is also not something that would be difficult to do, even for Trump. As I outlined last month, Trump just needs to arrange for independent auditors to produce estimates of the value of his business enterprise. He can then buy an insurance policy based on these appraisals, under which the insurer would guarantee the appraised value.

The business would then be turned over to an independent manager who would look to sell it off in a way that maximized its value. This would avoid a need for dumping the various Trump businesses in a fire sale. They could continue to operate and earn profits until there was an opportune moment to sell. At that point, the assets would be placed in a blind trust.

If the total value of the assets was less than the appraised value, Trump would be able to collect on the insurance policy for the difference. If it was more than the appraised value, the additional money would go to a charity of Trump's choosing (not one under his family's control). This process would remove Trump's stake in the profitability and value of his assets from the day in which he takes out his insurance policy and turns over the operation of his various businesses.

Every president for the past 50 years has acted to assure the public that he would not personally profit from their actions as president. It's not clear why Trump thinks he should be exempt from this requirement. Does he think that losing the popular vote by almost 3 million votes makes him special? Of course, he has more assets and a business empire that he would have to surrender to follow past precedents, but being president involves some sacrifices. If he didn't understand this fact, he shouldn't take the job. 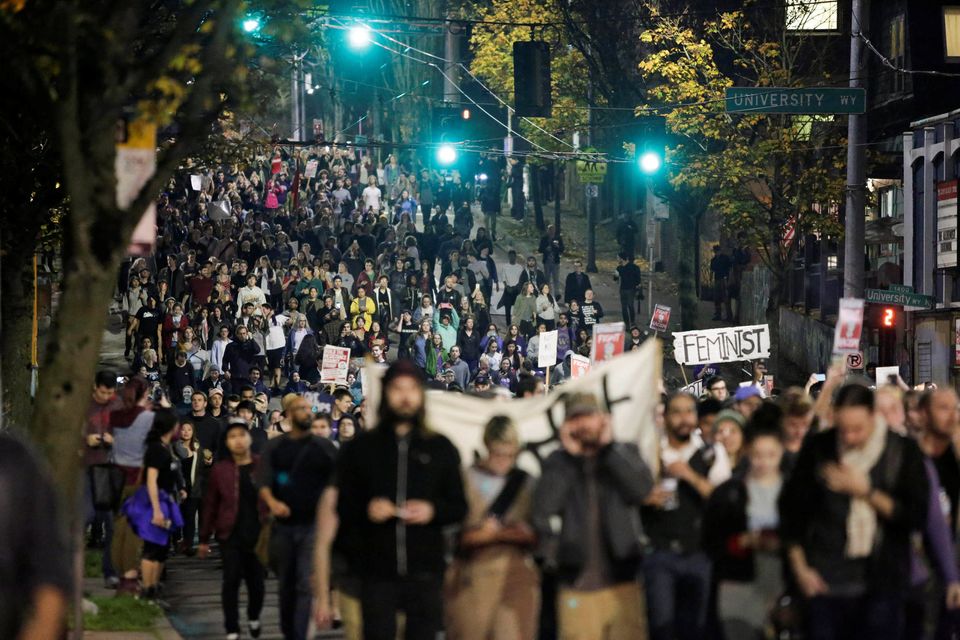