When Donald Trump sits down with Megyn Kelly for her May 17 prime-time special on Fox, it will be interesting to see whether he still calls her "sick" and "crazy." 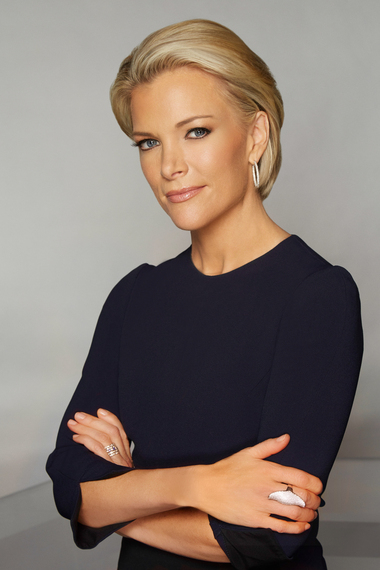 Those are a couple of the many things he's called her on Twitter over the last few months, in the process of creating a mostly one-sided "feud" worthy of the World Wrestling Federation.

But now he's agreed to become the featured guest on a show that Fox News Channel reporter/host Kelly doubtless hopes will elicit insights into the man who by that point could have all but locked up the Republican presidential nomination.

Trouble is, a whole lot of viewers won't be tuning in for insights. They'll be tuning in because they've been led to expect the verbal equivalent of a steel cage death match.

So will Trump give the people what they want? Presumably, he won't reiterate his call for people to boycott her show on this particular night, but will he tell her she's still "the most overrated person on TV"? 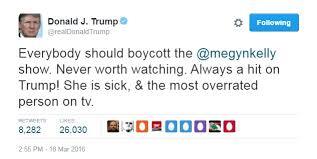 If so, will that reaffirm what many of his supporters like most about him, that he "says what he means" regardless of whether it's the polite thing to do?

If not, does it suggest he's a bully who's brave on a smartphone screen but backs down face-to-face?

Or will he brush the whole thing aside, saying it's no big deal, that they're like a couple of old American and German soldiers pulling up a chair, sharing a beer and swapping war stories?

You might want to put money on that last option, because both Trump and Kelly are already big winners in this game.

A year ago, Kelly was one of many reporter/hosts on the Fox News Channel. Then Trump placed her at the center of his Twitter crosshairs and voila, she was catapulted to the front of the pack.

Getting called "sick" and "crazy" by Trump turned out to be just the minor price she had to pay for major TV career advancement.

On Trump's side, Kelly has provided a go-to media bad guy, letting him cash in on one of the oldest tricks in the campaign playbook. Vilifying the media will whip up a crowd, any crowd, almost as fast as promising them tax cuts.

So it's hardly a shock that Trump would "suddenly" agree to do this show with Kelly. The shock would be if he hadn't.

As a veteran TV producer, Trump knows viewers love 1) drama and 2) resolution. Having written this show, he can resolve it. Nobody gets hurt and everybody gets more airtime.

It's the least Trump and Kelly owe each other after their major mutual triumph.

This is not to suggest Kelly, or even Trump, is a cynic. It's just how their games are played these days.

You get that by becoming a "brand," which means calling attention to yourself. That's one reason Trump created The Apprentice and one reason Kelly chatted with Howard Stern about her cup size.

It's possible, of course, that their backstory could fire up an unusually honest exchange between Kelly and Trump on May 17.

Possible. But a longshot.

Over the last six months, Trump has appeared on TV more often than tomato sauce has appeared on pizza. Like virtually every candidate at this point in a campaign, he has his media rap and his persona down.

What's more likely is that the May 17 special will move Kelly one step closer to contemporary journalistic nirvana, in which the journalist approaches the same level of fame and recognition as the subject.

But while we're waiting to see whether Trump will call Kelly a "bimbo" to her face - oops, sorry, he only "retweeted" that one - it would be a nice bonus if she can accomplish her higher mission, which is asking insightful questions that elicit informative answers.