Donald Trump came out of the gate attacking immigrants and (with the help of Fox's Megyn Kelly) has kept the discussions centered on his complaint du jour: McCain, women, "political correctness." 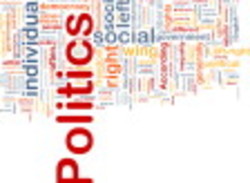 Donald Trump didn't create divisiveness. It was always there.

I grew up in 1950s Brooklyn. Ethnic slurs were part of everyday life. Edith and Archie Bunker were depictions of people not unlike my parents. Ya' had yer 'Guineas,' yer 'Chinks,' yer 'Hebes,' 'Spics,' 'Ruskies,' and 'faggots.' I don't recall hearing the "N word" (common in other parts of the country) but I did hear the Italian (moulinyan) and German/Jewish (schwartze) words for "black" used derogatorily. That's simply the way it was. We were all immigrants and all fighting for our piece of the pie. Dog eat dog. Those who grew up in the South were accustomed to other disparaging labels such as 'crackers,' 'damn Yankees,' and a smorgasbord of insulting terms for Blacks.

Cultural mores and language evolve and change over time. In the 60s, some of us became sensitive to marginalized populations, especially if we lived in or attended schools with diversified populations. We accepted - or naturally arrived at - the precept that what was hurtful to us is also hurtful to others, and the more diverse your friends and acquaintances - or family - the easier to understand how hurtful language can be. We learned about and respected the right of self-identification, especially if we attended universities which were at the forefront of encouraging inclusion in admittance, access to programs, and language.

PC: Not a Personal Computer

But what is it? There is little consensus on what the term Political Correctness (PC) means.

agreeing with the idea that people should be careful to not use language or behave in a way that could offend a particular group of people; conforming to a belief that language and practices which could offend political sensibilities (as in matters of sex or race) should be eliminated.

Dictionary.com's definition is less neutral, leaning further into the "political" aspect of PC:

Marked by or adhering to a typically progressive orthodoxy on issues involving especially ethnicity, gender, sexual orientation or ecology.

A far more negative interpretation of PC is evident in the Online Free Dictionary:

Conforming to a particular sociopolitical ideology of point of view, especially to a liberal point of view concerned with promoting tolerance and avoiding offense in matters of race, class, gender, and sexual orientation.

So, there's the rub. It's labeled "liberal" or "progressive," making it allegedly partisan and causing backlash from those who, on principle, object to any agenda thought to be leftist.

Wikipedia, however, describes the term "political correctness" as itself pejorative:

Political correctness (adjectivally, politically correct, commonly abbreviated to PC) is a pejorative term used to criticize language, actions, or policies seen as being excessively calculated to not offend or disadvantage any particular group of people in society.

The Urban Dictionary represents the far right end of the continuum of definitions and description of PC:

A way that we speak in America so we don't offend whining pussies.

Only pathetically weak people that don't have the balls to say what they feel and mean are politically correct pussies.

As I write, Donald Trump remains on top of a large field of Republican contenders and has remained on top despite his depiction of Mexicans, dissing Senator John McCain's war hero status, and having his misogynist language exposed. Trump, writes Andy Sullivan and Steve Holland, appeals to "less affluent, conservative-leaning voters who say his brash style is needed to shake up an overly cautious political system."

While not creating the divisiveness, he is certainly stirring it up, giving a segment of the population what they want. But is he playing them? To his fans, who Sarah Palin called "Joe six- pack" (beer, not abs), the "good ole boys" who admire Trump's tell-it-like-it-is and take-no-prisoners bravado, his machismo. His take-no-crap man's man makes him a hero to the Rush Limbaugh, Glenn Beck Americans who feel the need to be trumping (pun intended) and scapegoating one population or another as responsible for all that is wrong in this country, and in their own personal lives.

The Trump(eting) buffoon on the news every night and day, the billionaire white privileged male who is making all the late night comedians' lives easy, recently said:

"The big problem this country has is being politically correct...I don't frankly have the time for political correctness. And to be honest with you, this country doesn't have time either. This country is in big trouble. We don't win anymore...."

It's doubtful Trump really considers PC one of the major problems facing this nation. Nor is "time" really the issue that troubles Trump, and others who object to PC, since clearly it takes no more time to call a woman a woman, than to call her a "Bimbo." Of course, the "time" presidential-hopeful Trump is concerned about is the time it takes to educate himself and his followers who cheer his blow-hard style that says 'I can't be bothered preparing or censoring one word that comes out of my loud mouth.' He is loved for his 'I yam what I yam' and 'FU if you don't like it' style. In fact, 'you are a wimpy cry baby if you don't like it!' (Yet he played victim and cried unfair when questioned about his numerous misogynist comments.)

Trump re-ignites every sore spot and hot-button issue that divides Americans and "political correctness" is just another that reflects and promulgates a divided nation. Labelling respectful language as partisan fuels the gap between Right and Left factions which may be at an all-time high since the civil war. Conservative academics have attributed "political correctness" to Marxism and "Maoist notions of correct line" seeing it as an infringement on the right to free speech and providing conspiracy fodder for Right Swing shock jocks. Voila!

PC was not introduced - or encouraged - by the government, however, or any politician or elected official. (If blame is to be cast for pushing acceptance on us, it would make more sense to look at motion picture, theater and television producers who have given us Brokeback Mountain, a Black Orphan Annie and Modern Family.)

No one is being forced -- or even required -- to speak respectfully. Everyone has a right to their opinions, no matter how bigoted, racist or sexist. The constitution protects us from being jailed for expressing our views, but the court of public opinion can often be a harder task master.

While there may not be legal consequences for our words, there can be other ramifications. Employers often have contractual expectations for proper decorum and behavior, and can fire someone for violating those conditions. Paula Deen's right of free speech cost her many sponsors and outlets for her programs and Clippers owner Donald Sterling got hit hard in the wallet for expressing his personal beliefs, as is his right to do.

Look Behind the Curtain

Donald Trump is a classic bully. He says mean things and when called out refuses to apologize or back down, but rather goes after his "opponent" with fervor, all the more relentlessly. Unlike Hulk Hogan who had the class and the decency to apologize for a racist comment (anyone wanna call him a wimp or a sissy?), The Donald never backs down or admits he went too far.

While many admire his forthrightness, others are aware of its immense pitfalls, particularly for a person seeking a position as a statesman and diplomat, and as such, Trump's extremism is dividing his own political party.Ted Cruz "salutes" Trump, but not all Republicans agree with Trump's garish style.

Lindsay Graham called him a "jackass" and said that Trump's rhetoric is "not worthy of the office he is seeking nor consistent with the leadership we should expect from a commander-in-chief..." Jeb Bush called Trump's immigration comments "extraordinarily ugly." Rand Paul has said: "I don't think we should reward vulgarity and I don't think vulgarity equates to insight" while Rick Perry held nothing back distancing himself by calling Trump's bid for nomination "a cancer on conservatism." Perry also said: "Attacking veterans, Hispanics and women demonstrates a serious lack of character and basic decency." Erick Erickson, former CNN political contributor, editor-in-chief of the blog RedState.com, and conservative radio host, rescinded Donald Trump's invitation to a RedState gathering being held in Atlanta. Trump retorted calling Erickson a "total loser." These are all members of the same political party - not liberals - concerned about decency and disrespect.

How we speak and the decorum and class many have come to expect has nothing to with what political party or ideology one supports. What is political is how attitudes toward marginalized groups affect lawmakers' decision-making. How we treat immigrants and refugees seeking asylum is political, as is protection and equality for gays and transgender persons. When machismo and misogyny determine women's healthcare or how rape victims are treated, that is political. How we will deal with the continued escalation of gun violence and police brutality, as well as the Iran nuclear agreement are all issues we need our candidates to be discussing instead of being distracted by childish, aggressive, bad behavior.

Is it sometimes difficult to keep up with what is acceptable language? Yes. It's an ongoing process as populations often fail to reach consensus. While we may not always know whether Black or African American is preferred and appropriate, either is better than using racist slang. Does "correctness" get taken too far sometimes? Yes. But it's usually self-correcting and Americans are forgiving. Is it challenging for comedians to walk that fine line between funny and not? Absolutely. 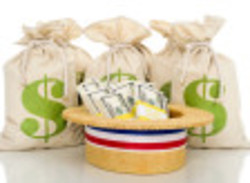 We must not fall prey to the smoke, and mirror diversionary tactics that serve to further divide and conquer. Those who allow the "blame game" focus to shift from 'welfare mothers' to Muslims, immigrants and Political Correctness, are missing the major issues: income and wealth inequality that is more extreme at any time since the Great Depression, the "personhood" of corporations, and tax breaks for the wealthiest - like Donald Trump.