Lawyers for Sgt. Bowe Bergdahl, the soldier facing court-martial after being held by the Taliban for five years, are considering calling Donald Trump to testify to show their client cannot get a fair trial, Bloomberg reports.

The GOP presidential front-runner has publicly called Bergdahl a "no-good traitor" and called for his execution. Trump's testimony could highlight the inaccuracies of his public statements -- Bergdahl has not been charged with treason -- and allow Bergdahl's lawyers to show how the presidential candidate has tainted public perception of their client among potential jurors in the case.

Eugene Fidell, one of Bergdahl's lawyers, has criticized Trump in the past for making public statements that are not supported by facts. In addition to calling Bergdahl a traitor, Trump has said that five soldiers were killed looking for Bergdahl, something the Pentagon has disputed.

"Trump... has repeatedly beaten up on my client, calling him a traitor in ways that are tremendously unfair and frankly bring no credit on Mr. Trump," Fidell told HuffPost Live in December. "My client can't defend himself against Donald Trump, who can commandeer any microphone, any camera in North America. This is crazy and it's very unfair because he's facing criminal charges."

Bergdahl was held captive by the Taliban for five years after walking off his base in Afghanistan in 2009. He returned to the United States in 2014 as part of a prisoner swap in which five Taliban prisoners held at Guantanamo Bay were released by the Obama administration. Bergdahl faces a court-martial and is charged with desertion and endangering U.S. troops.

Bergdahl is also the subject of the second season of the popular podcast "Serial," in which he says he walked off base to draw attention to leadership issues in the military in Afghanistan. The opening sequence of the show plays a snippet of Trump criticizing Bergdahl saying, "in the old days, deserters were shot." 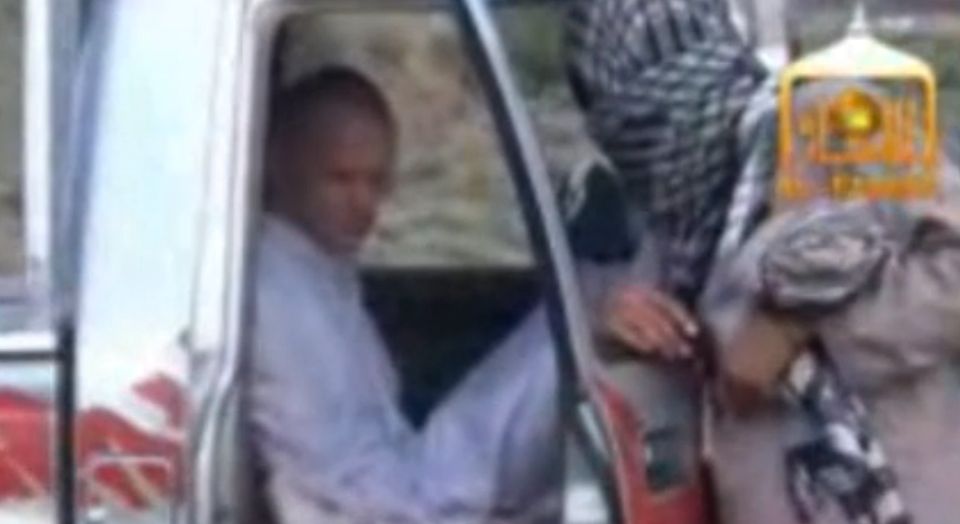 1 / 7
After five years in captivity, Bowe Bergdahl waits in a truck, dressed in white, with his Taliban captors for the American helicopter that will take him to freedom