WASHINGTON ― To the list of things former President Barack Obama did that President Donald Trump is undoing, go ahead and add Cuba.

Two and a half years ago, Obama, with great fanfare, announced an easing of the decades-long travel and trade restrictions on the island nation’s authoritarian regime, arguing that the policies had not worked and were only punishing ordinary Cubans.

At a speech Friday afternoon in Miami’s Little Havana neighborhood, Trump is expected to reverse at least some of Obama’s changes, despite public opinion nationally and even among Cuban-Americans that shows support for more ties with Cuba, not fewer.

“I’ve never seen a coalition this broad and it have no influence,” said Marguerite Rose Jiménez, who helped craft the Obama policy at his Department of Commerce and is now with the Washington Office on Latin America advocacy group. “This is not a move that’s supported by a majority of the Cuban-American community.”

But it is supported by the veterans of the failed 1961 CIA-backed Bay of Pigs invasion to overthrow Fidel Castro. The group endorsed Trump last fall, becoming one of the few Latino organizations to support the Republican nominee.

“The president was honored and humbled,” said a senior administration official who, along with two other officials, explained the coming policy Thursday on the condition that their names would not be used. The official said that Trump promised the group he would restore tougher restrictions and that his actions fulfill that promise.

Specifically, the changes to be announced Friday would eliminate a provision that Americans have used to visit Cuba on their own. They would also make it illegal for Americans to do business with entities controlled by the Cuban military or intelligence services. This would prohibit individuals from staying at state-owned hotels and would ban U.S. businesses from trading with state-controlled enterprises.

“That would be our guiding principle,” said a second administration official, who added that the policy would be lifted if Cuban President Raúl Castro institutes reforms including free elections and the release of political prisoners.

Trump’s new policy will not prevent U.S. travelers from bringing back Cuban rum and cigars or stop airlines and cruise ships from offering routine service. It would also not restore the immigration advantage Cuban refugees have had for decades if they managed to reach dry land in the United States ― the “wet foot, dry foot” policy.

Nor will Trump’s policy restrict visits by Cuban-Americans to their relatives or reverse the reopening of formal diplomatic ties, the second official said. “You can’t put the genie back in the bottle 100 percent,” the official said.

The crackdown on travel will end what had become an easy way for Americans to visit Cuba: Declare an individual “people-to-people” educational exchange. A third administration official said group trips will still be permitted for cultural visits and charitable efforts but that the crackdown would make sure visitors are actually fostering closer ties with the Cuban people “and not just drinking daiquiris on the beach.”

Supporters of Obama’s changes, while grateful Trump does not plan to reverse everything Obama did, nevertheless criticized the policy as a step in the wrong direction. Jiménez said that the way the Cuban economy is structured, with so many enterprises tied to the military, blocking trade with entities connected to the Cuban military would basically block trade, period.

“That’s a backdoor way of effectively stifling all commerce,” she said.

Toward the end of his campaign last year, Trump promised to help the people of Cuba stand up to their government and to make a “good deal” with Castro to replace the bad one he said Obama had made.

We’re on the wrong side of history when it comes to this. Rep. Tom Emmer (R-Minn.)

Little Havana is home to much of the one constituency that continues to favor a hard line toward Cuba: the older generation of refugees who left in the 1960s and ’70s following Fidel Castro’s 1959 revolution overthrowing the U.S.-backed dictator.

That generation’s children and grandchildren are much more inclined to support Obama’s moves to increase tourism and trade opportunities with the island as a way of building a society that will bring democratic and human rights reforms.

A national poll of Cuban-Americans at the time Obama’s policies were announced in December 2014 showed 47 percent to 39 percent support for easing sanctions. Four months later, support had grown to 56 percent to 35 percent.

One prominent Cuban dissident, though, argued that, while he had initially supported Obama’s new policy, he has concluded that it is not working.

“Reality has proved otherwise,” wrote José Daniel Ferrer García, general coordinator of the Cuban Patriotic Union, in an open letter to Trump. “Castro’s tyranny has been benefiting from the good will of the US government without giving up a bit in their repressive attitude.”

Arrayed against Ferrer and Little Havana’s community of hard-line emigres are a host of human rights and pro-engagement groups. The U.S. business community has also long supported ending the sanctions because of the opportunities presented by a new commercial market so close to Miami.

“All the business entities have made their views known to the administration,” said Pedro Freyre, a Miami lawyer who has worked with a number of clients with interests in Cuba, including a handful of cruise lines.

Polling also shows overwhelming support in the general public for easing the restrictions. In a recent Morning Consult poll conducted for Engage Cuba, 65 percent of voters nationally support the Obama policy, while only 18 percent oppose it.

Engage Cuba’s Madeleine Russak acknowledged an enthusiasm gap in those numbers, however. Those who support the more relaxed rules don’t feel that strongly about it, while the pro-embargo side is passionate, she said.

Rep. Tom Emmer (R-Minn.), who like many Republicans from rural states supports lifting restrictions that make it harder to export agricultural products to Cuba, said Trump has not been well-served by listening to a small group of pro-embargo lawmakers.

“We’re on the wrong side of history when it comes to this,” Emmer said.

Trump, like many Republicans, promised his supporters to undo much of what Obama was able to accomplish over two terms. Trump is pushing legislation to repeal the Affordable Care Act, Obama’s signature achievement. He is working to scrap Obama’s Clean Power Plan to restrict carbon emissions, trying to undo workplace rules, repeal banking regulations and is withdrawing the United States from a near-unanimous international agreement to combat climate change. 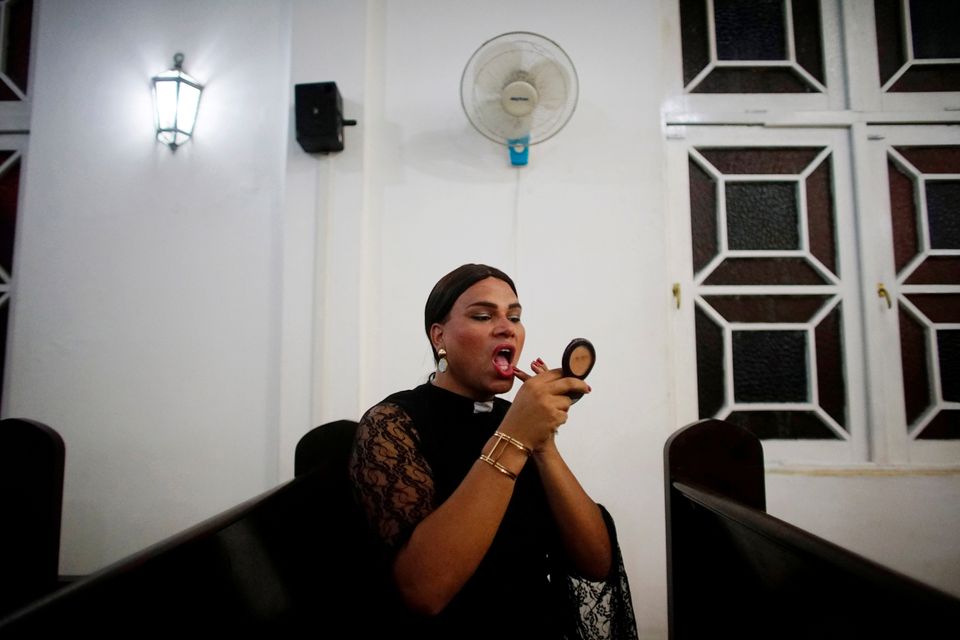 1 / 9
Alexya Salvador, a Brazilian trans pastor, retouches her makeup before a mass in Matanzas, Cuba, May 5, 2017.&nbsp;
Alexandre Meneghini / Reuters