The president broke from the crowd when he signed his name on a proclamation marking the 75th anniversary of the D-Day landings.

Trump inked his signature at the top of the document that honored the memory of those killed in World War II and affirmed “it is our shared responsibility to ensure that the unimaginable horror of these years is never repeated.”

Every other political leader, including France’s Emmanuel Macron and Germany’s Angela Merkel, wrote their name at the bottom:

Guess which world leader signed his name at the top, when everyone else signed at the bottom?! pic.twitter.com/XPM2lfQfEn

“Guess which world leader signed his name at the top, when everyone else signed at the bottom?!” tweeted Stig Abell, the former managing editor of British tabloid The Sun and now editor of The Times Literary Supplement.

It’s unclear exactly why Trump’s signature stands alone in the top left corner of the proclamation. It was presented during D-Day commemorations in Portsmouth, southern England, on Thursday.

It’s conceivable he may have written his name first and other leaders chose not to follow suit and signed underneath. Or, Trump could have signed it last when there was not a lot of space left at the bottom.

Whatever the reasoning, the image prompted some debate on Twitter:

literally signed it like you would an office birthday card

Um, here, I marked out a nice big spot he could have used. pic.twitter.com/5FMVanDJxJ

Proclamations and declarations are always signed at the bottom, just like letters. The signature at the end indicates approval of everything that came before it. Same reason you sign at the bottom of a contract and not the top.

The yuge space at the top. It was YUGE, I tell ya

Noteworthy restraint that it wasn't signed in a thick permanent marker. 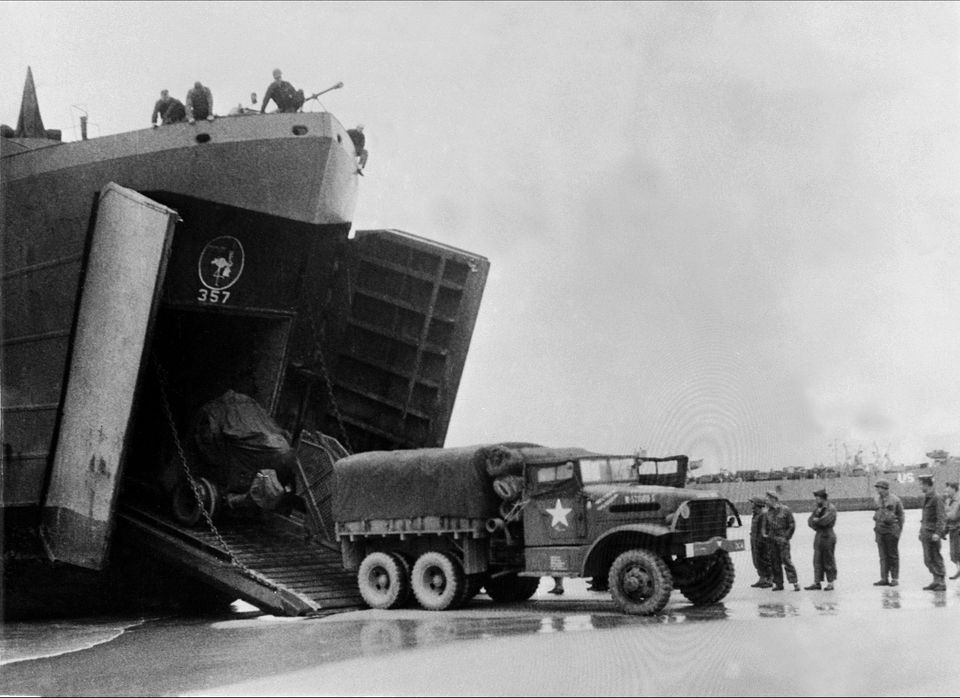