Celebrity Apprentice on NBC is an occasionally intriguing and amusing show wherein celebrities battle each other ostensibly to raise money for charity, but often boils down to whose ego will triumph.

It's also interesting what constitutes "celebrity," and while there have certainly been legitimate and significant ones in the past and even on this edition, there appears to be difficulty rounding up enough for the full slate of sixteen.

Yes, of course, Gary Busey, José Canseco, Marlee Matlin, David Cassidy, Star Jones and Dionne Warwick certainly qualify, but do Lissa Rinna, NeNe Leakes and Richard Hatch rise to the same level? I think not. In particular, Hatch, whose sole claim to fame was winning the first Survivor over ten years ago and the ensuing infamy of tax evasion, which caused his incarceration and a host of continuing legal problems over the years. 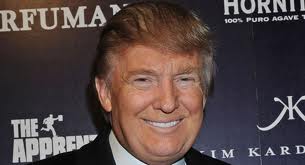 But to the point of this piece: Billionaire Real Estate mogul Donald Trump's decision to "fire" David Cassidy instead of Richard Hatch, overturning the desires of many members of the men's team, which lost the first competition, running a pizza parlor in Manhattan.

As the first Project Manager, Hatch was not only arrogant and obnoxious, but mildly physical with the much smaller David Cassidy, who was shown trying to make suggestions, continually dismissed impolitely by Hatch, and in so doing a couple of times was literally pushed away.

The women's team led by Star Jones beat Hatch's group by over two to one, even with a monumental mistake by Jones, which caused the failure to deliver a set of pizzas to a fire company that had a check waiting for an additional $35,000. Even without that check the women persevered, and it was clear Hatch was going to go.

But there's no doubt in my mind Celebrity Apprentice executive producer Mark Burnett, also chief of the CBS Survivor series, probably told Trump that, regardless of the realities of Hatch's reckless and impertinent behavior during his leadership of the losing team, the villainous nature of Hatch's presence would be more important to the ratings and thus, though it seemed inconceivable, David Cassidy was first to go.

And if Trump had owned up to it, had he said, "You know, David, there's no question you're the better man, but we're going to need Richard Hatch for a few weeks longer because people will be rooting for me to fire him each week," I might have understood, though not respected, the decision. Yes, I know the whole thing is just a TV show, but you'd like to think there's some integrity to the process as Trump observes what's going on.

And that's what was so outstanding. That Trump pretended to make silk out of a sow's ear, with the help of his two children echoing his thoughts. Yes, for those of you who have never watched the show, Trump moved out two legitimate executives who used to help him make the decisions -- Carolyn Kepcher and his longtime aide George Ross -- in favor of his glamorous daughter Ivanka and son Donald, Jr. Occasionally, his younger son Eric comes on as well, the offspring often grilling the celebrities and the ordinary apprentices with a haughtiness borne out of God only knows what, as their own business acumen is clearly built more on nepotism than anything else.

And the kids know where their bread is buttered, so when after it was clear the tide was going against Hatch, for some reason Trump and his children started focusing on Cassidy, whose gentlemanly behavior was seen as wimp-like, because, unlike Hatch, he didn't keep interrupting. After José Canseco had called Hatch a liar and confirmed that Cassidy was right beside him helping a great deal, Trump made a big deal of Cassidy repeating that Hatch had lied, because he'd turned to Canseco for validation. Trump tried to make it look like Cassidy couldn't speak for himself, when it was clear his turning to Canseco was for dramatic effect, as if to say, "Don't take it from me Hatch lied, you just heard it from this other guy as well."

And of course, since the celebrity apprentices are doing the show for charity, Trump had to be respectful of Cassidy and complimented him as a talent as he began the now famous process of lowering the boom for the inevitable firing. But for me it was more artificial than in many past episodes and so transparent that Burnett must have told Trump backstage to keep Hatch at all costs. And if it isn't the case I have even less respect for Donald Trump, whom one would think, considering his public braggadocio about his importance, wouldn't want to be associated with a show where being his apprentice isn't about substance and is ultimately meaningless after all.